25 injured in collision of two metrobuses in Istanbul 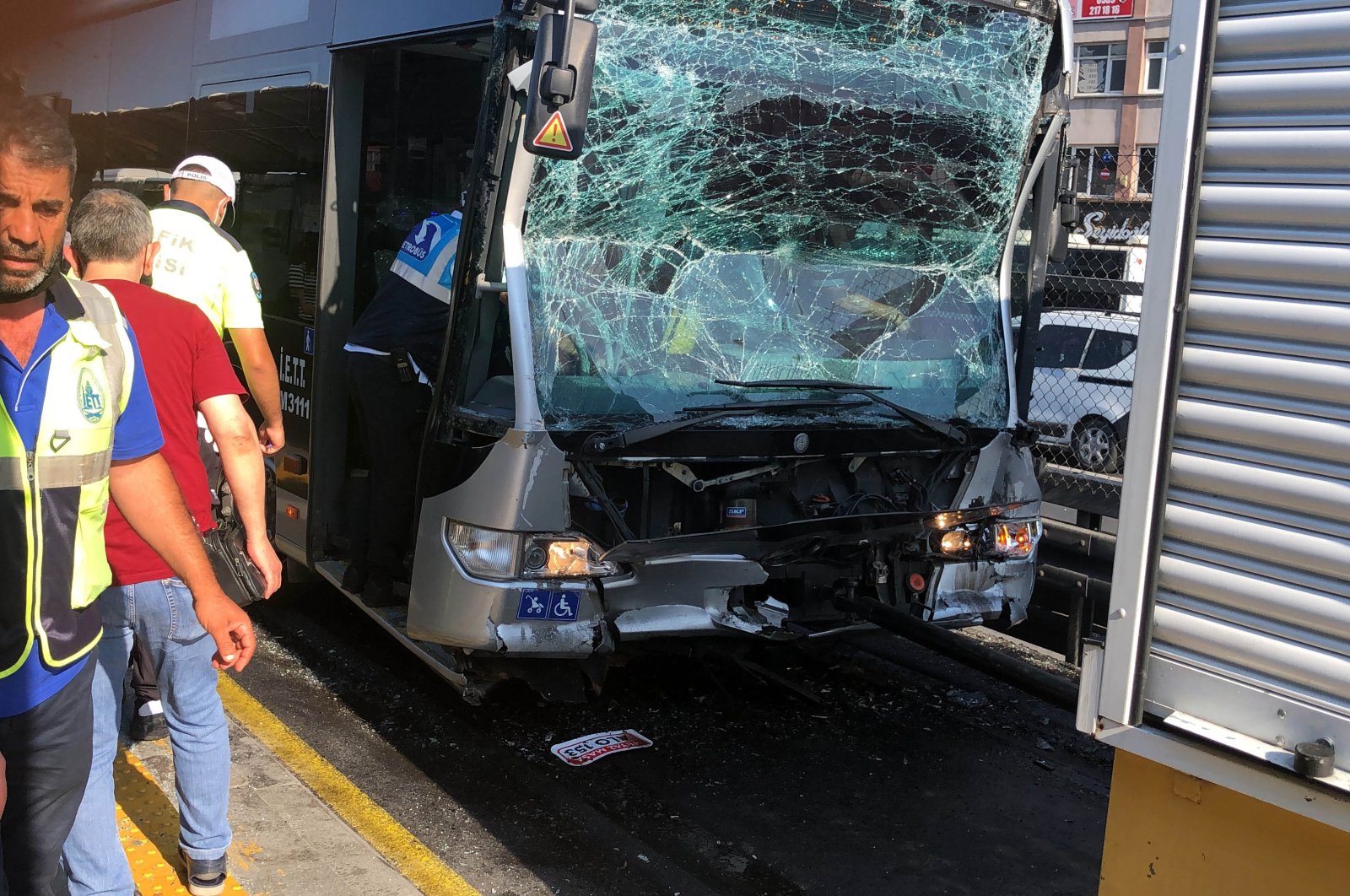 A metrobus crashed into another one stopped at a station in Istanbul in the early hours of Monday. 25 people were injured in the incident.

It is unclear why the metrobus failed to stop before colliding into the other bus waiting for passengers at the station in Küçükçekmece district on city’s European side. Paramedics and police rushed to the scene and the injured were taken to nearby hospitals. Most suffered from slight injuries according to the media reports. The accident led to a brief suspension of metrobus services, which span from the remote western part of the city to the Asian side. The metrobus was traveling from the European side to the Asian side.

Metrobus, an exclusive-lane bus, was introduced to the city in 2007. Since then, several accidents have taken place on the 50-kilometer-long route spanning from Beylikdüzü district on the European side to Söğütlüçeşme on the Asian side, but few were fatal. In 2015, five people were killed when a car plowed through the barriers separating the metrobus lane and crashed head-on with a metrobus. Metrobuses were also subject to fires.

Metrobuses carry thousands of passengers every day and they were less crowded during the pandemic, where restrictions reduced the number of commuters. With the start of a normalization process – where curfews and most restrictions related to the pandemic were lifted on July 1 – they are again brimming with passengers, especially in morning and evening rush hours in the city of more than 15 million people.