Battery or not? Vehicle ban on Istanbul islands stirs debate 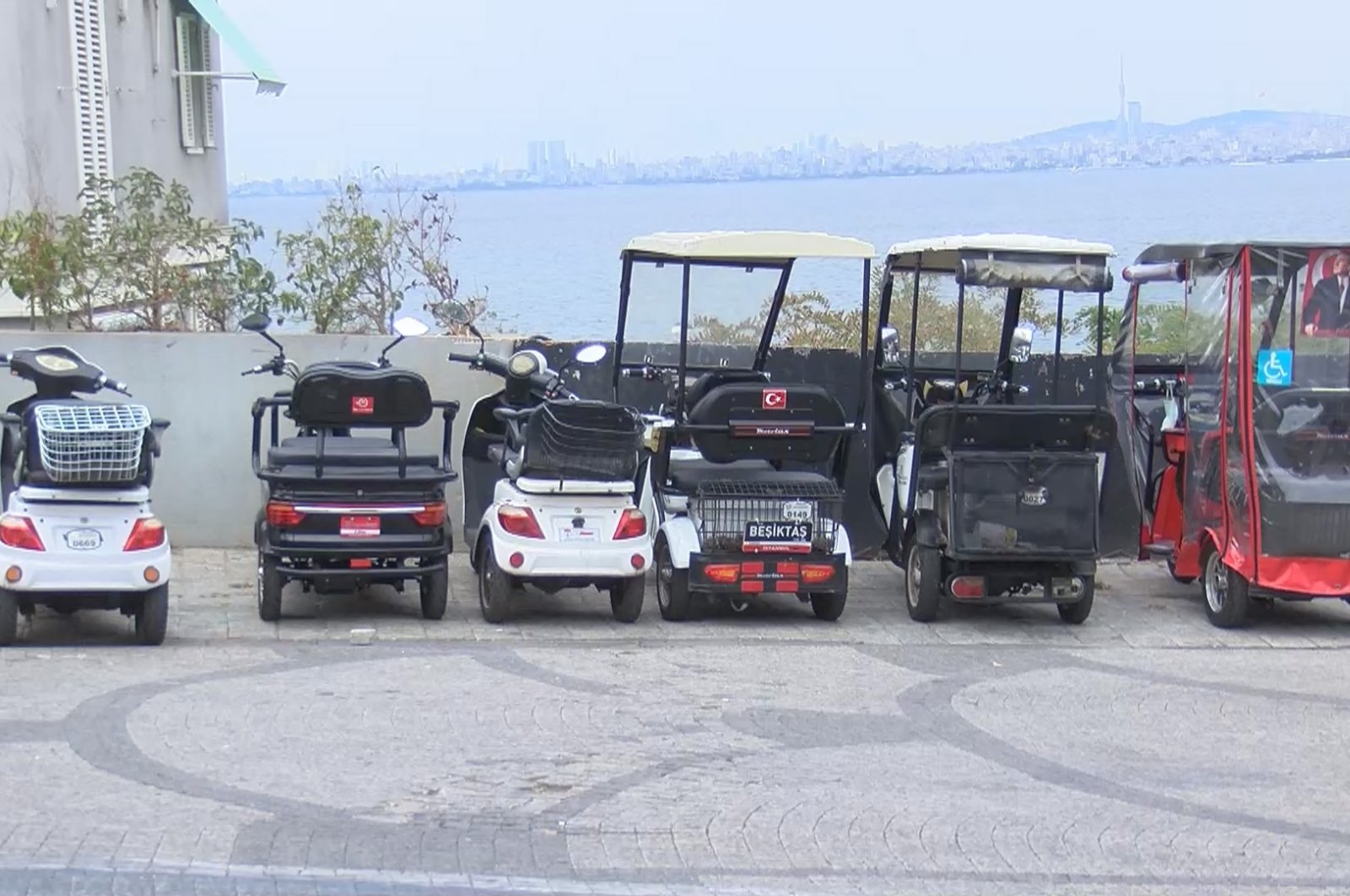 Starting Oct. 5, a ban will come into force on battery electric vehicles on Istanbul’s Princes’ Islands. The Istanbul Metropolitan Municipality (IBB) imposed the ban, with exceptions for permanent residents who are below the age of 66, in a bid to curb increasing accidents involving the vehicles and unauthorized parking at pedestrian-only venues.

Residents of Kınalıada, Heybeliada and Büyükada are divided over the decision. “They should definitely ban them,” Faika Ayça, a resident of the biggest island, Büyükada, said, claiming that the place has been “turned into E-5” referring to Istanbul’s notorious highway clogged with heavy traffic throughout the day. Özkan Atak, a battery vehicle rider, said no one has the right to take away his right to drive them. “If they impound the vehicles on Oct. 5, there will be chaos,” he told Demirören News Agency (DHA) Thursday.

The vehicles, mostly electric motorcycles and bicycles, are essential for islanders and visitors alike where the roads are not suitable for larger vehicles, especially for those traveling to higher ground. The municipality banned horse-drawn carriages, which were mostly used by tourists, a few years ago and introduced electric carriages on the islands.

Battery electric vehicles emerged over the past two years on the islands as their use proliferated elsewhere in Turkey as well. “We used to walk across the island. You don’t need them to travel around,” an electric bicycle rider in Büyükada who did not give his name told DHA. “I just use them to carry my furniture or heavy stuff,” he added. Ayça said the traffic has already worsened in Büyükada and only electric carriages operated by the municipality should be allowed.

Özkan Atak said the ban should only cover those without a driving license and “minors.” “I see young children using them. There should be a regulation. But you cannot snatch the personal property of people. There are thousands of such vehicles here. You have no right to impound them,” he said.

Atak said that the electric carriages operated by the municipality failed to meet the increasing demand and visitors started renting electric vehicles. For Nuri Yürek, it is a matter of distance.

“There are elderly people living in Tepeköy, the highest point of Büyükada. They cannot travel to the coast or other places in winter, without electric vehicles. You can travel by mass transit but it is too risky at this time amid the coronavirus pandemic,” he said.

The municipality says the ban will not cover vehicle owners with disabilities.