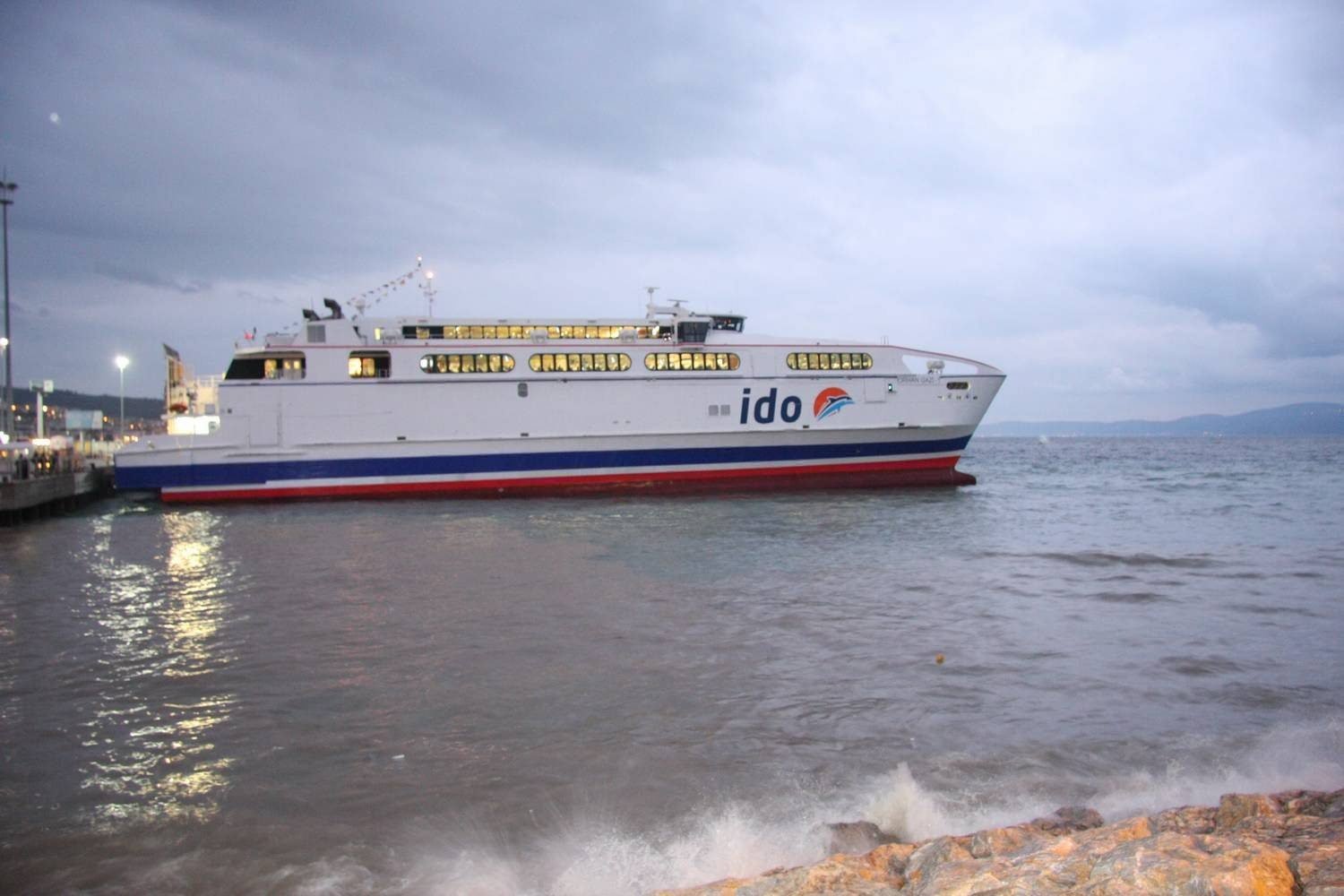 After 14 years, the operator of the only car ferry service between Istanbul and the northwestern province of Bursa will end it in 2022, according to unconfirmed reports, over a dispute with Istanbul Metropolitan Municipality (IBB). Ihlas News Agency (IHA) reported on Friday that IDO would scrap the service that has carried millions between the two big cities across the Marmara Sea over rising costs. The company did not comment on the reports.

The company operates two ferries with regular trips between the Güzelyalı neighborhood of Bursa's Mudanya district and Yenikapı, a major maritime hub in Istanbul's Yenikapı quarter. The car ferries were rented from the IBB 14 years ago and provided fast travel for motorists for years between the two cities for reasonable prices.

Yet, IDO saw a decline in passenger numbers for ferries after Bursa Metropolitan Municipality launched BUDO company to provide sea bus trips between the two cities in 2013. Sea buses, however, are passenger-only and IDO was the only option for motorists traveling over the Marmara. The construction of new highways and the Osmangazi Bridge over Gulf of Izmit in northwestern Turkey shortened travel times between the two cities, further dealing a blow to the ferry services.

The IHA report says the company could not reach an agreement on covering the maintenance costs of the aging ferries with the IBB and felt the impact of rising fuel prices and these factors played a role in the decision to suspend the services. IDO's leasing contract with the IBB had already ended and the company had asked the IBB to cover the maintenance costs before renewal of the contract, but the municipality reportedly rejected the offer.

Istanbul Mayor Ekrem Imamoğlu had pledged to boost sea travel options for the city and recently introduced sea taxis that would operate across the city. Though Istanbul has the biggest aviation hub in the country and sits at the crossroads of land journeys between Europe and Asia, maritime passenger transportation run by the municipality is limited to between the Asian and European sides, as well as to the Princes' Islands of the country's most populated city, while IDO and other companies offer passenger-only ferries for travel to other islands dotting the Marmara, along with Yalova, a province located between Bursa and Istanbul.