Sea taxi set to return to Istanbul after long hiatus 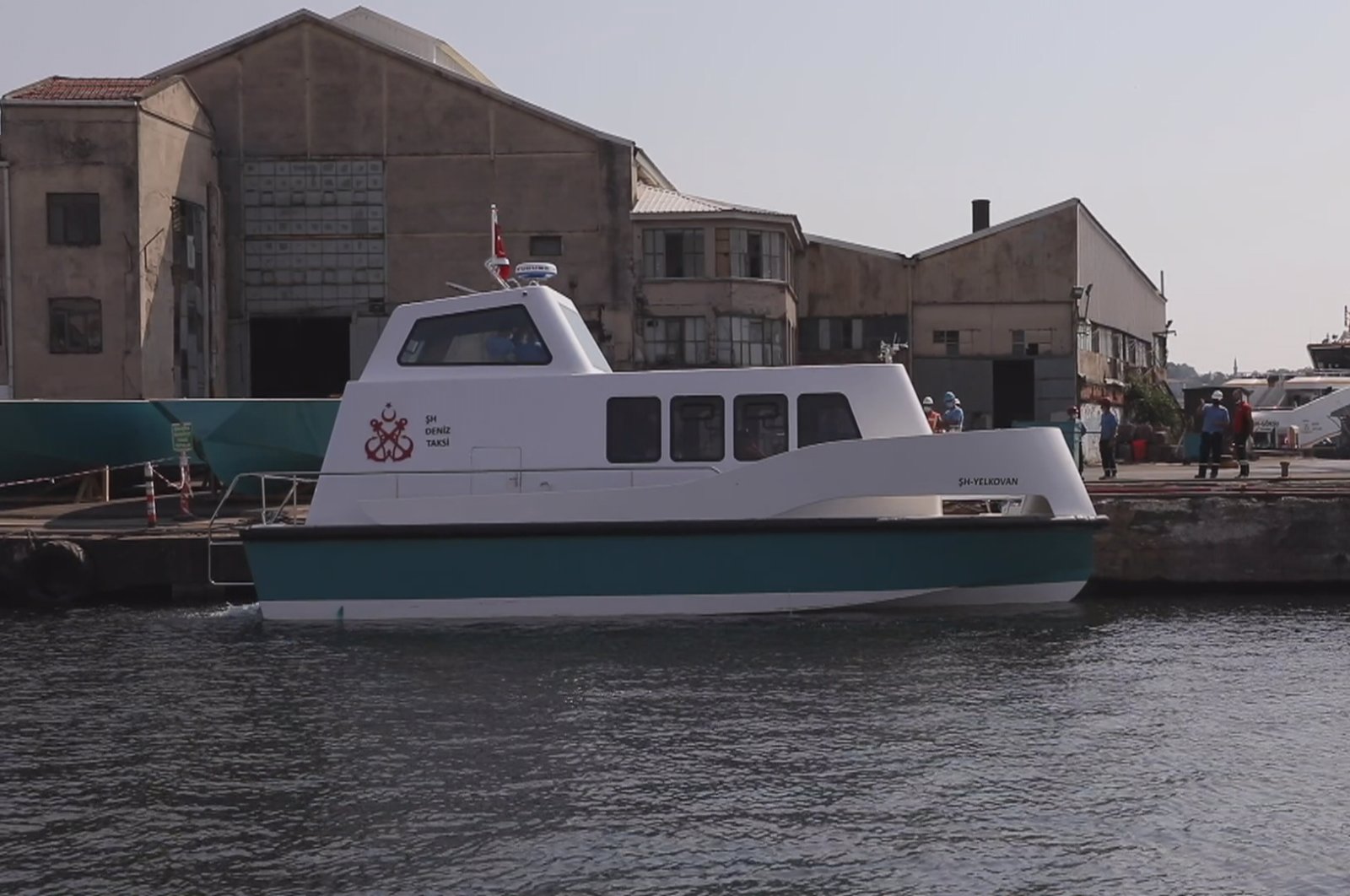 Some nine years after they went out of operation, sea taxis count down to a new launch later this month in Istanbul. The modified boats will reintroduce the concept which was not favored much by passengers at first, according to the company that previously operated the sea taxis.

Though it is divided by Bosporus waterway and littoral to the Marmara Sea and Black Sea, sea transportation in Istanbul has long been limited to passenger ferries operating between two sides of Bosporus and ferries, “sea buses” traveling between the city and other cities on the shores of Marmara.

Istanbul Metropolitan Municipality (IBB) will operate the new taxis which are designed by Sinem Dedetaş, director of City Lines of the municipality which operates Bosporus ferries. The taxis are being produced, since January, at Haliç Shipyard on the shore of Golden Horn where the old taxis which fell into disrepair were docked. An app is also being designed for hailing sea taxis. The boats will initially work like regular taxis with fees per kilometer but the municipality plans to introduce the “dolmuş taxi” concept within six months. “Dolmuş” is the name given to shared taxis in the country.

Sea taxis recently passed their test voyages and initially, eight taxis will be in service at the end of September, out of 50 taxis produced at the shipyard.

IBB said in a statement that sea taxis will be “environment-friendly” and some will be electric taxis while others will consume only 3 liters of fuel per sea mile. The municipality says the taxis will boost sea transportation and can anchor anywhere, eliminating the need for fixed ports. However, during the first months, passengers will be able to hail and board taxis only at 98 ports across the city. The taxis have a capacity of carrying 10 passengers.

The city is notorious for its heavy traffic, especially during rush hours. Traffic jams, which were less common during coronavirus-related curfews lifted earlier this summer, are making a comeback after hundreds of schools were reopened for in-person education on Monday. Mass transit is the only option to avoid snarls but it has so far been limited to buses and metro lines. IBB has tried its hand at an air-rail project in 2016 but the project was scrapped for unknown reasons.