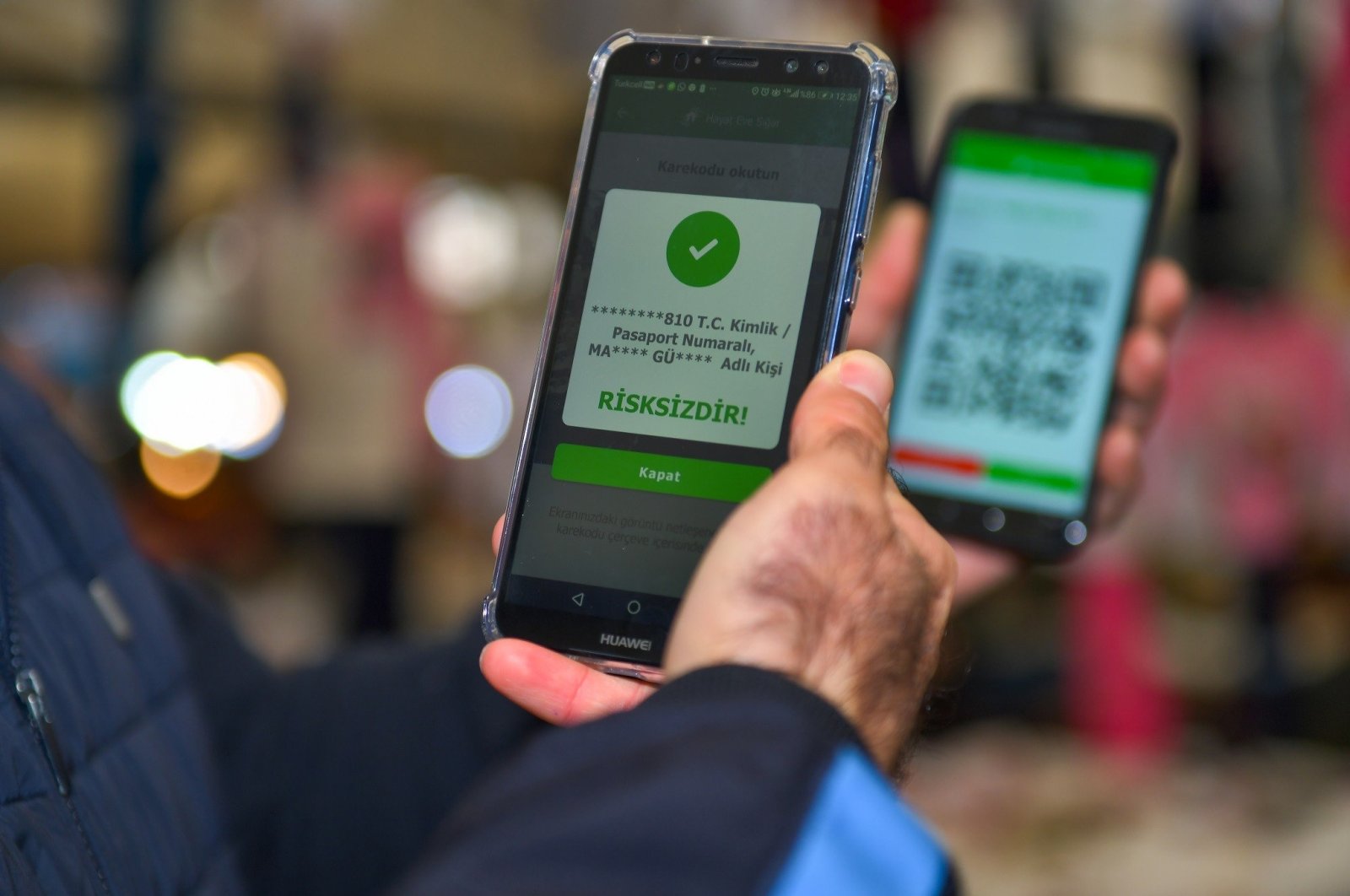 The requirement of a special code before entering busy indoor venues and boarding public transport ensures that those infected with COVID-19 are prevented from mingling with crowds. It also apparently provides an opportunity for people looking to exploit loopholes in the system.

At some mass transit stations, locals offer their own code to tourists looking to catch trams or buses. Since January, electronic passes used in mass transit are required to be registered online by filling out a form including the individual's Life Fits Into Home (HES) code. The unique HES code, issued by Health Ministry through an app or by text message, confirms whether the person is infected with the coronavirus or not.

For electronic passes, there is a loophole: you can use any electronic pass, no matter if it has your own unique HES code or belongs to someone else. Tourists unaware of this new practice – or those in a hurry – pay “HES code sellers” that have recently started appearing at mass transit stations, especially in the historic peninsula, where Istanbul landmarks like the Blue Mosque and Hagia Sophia Grand Mosque are located. Some “sellers” offer their own electronic pass for entry to trams and buses while others charge tourists to obtain a HES code for them through their cellphones.

Recently, such a “seller” was apprehended by police and fined. “Sellers” defend themselves by claiming that they were simply helping the tourists to obtain a HES code and that the visitors voluntarily “tipped” them. Saber Salahi, a tourist at a tram station in Beyazıt quarter in the peninsula, said they tried to sell him a code for TL 150 ($17.40). Ömer Oktan, a seller, said he was unemployed and making a living by helping tourists. “I don’t ask them for money. They pay me if they want,” he told Demirören News Agency (DHA). He claimed what he did was not “a crime.” He said he earned TL 50 ($5.79) some days and TL 100 ($11.58) on others. “There are offices of municipality near here and tourists can have their electronic pass registered with HES code there. But tourists choose me to help them,” he said.

The HES code has also been subject to fraudulent use in other places by people who have tested positive for the virus seeking access to places requiring the code.

The code is critical to control the pandemic, especially at a time when delta plus and delta variants have been reported in the country.