Half of all vegetables go to waste at Istanbul restaurants 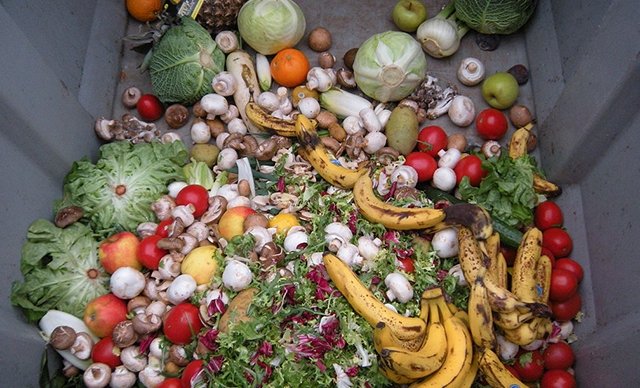 A new study on the rate of food waste shows alarming levels of unused but still edible or eligible for recycling food is dumped by restaurants. The study conducted at Istanbul's restaurants indicates that vegetables comprised 68% of the food waste, followed by meat, bread and side dishes.

Food, especially bread, is almost sacred in Turkish culture; yet, it accompanies an emerging culture of excess consumption and a disregard for recycling practices. Unconfirmed figures show the country wastes more than 11 million tons of food every year. Food waste also has an indirect impact on other aspects of life, such as being a waste of time, energy, labor, money and natural resources used in its production.

Emel Çirişoğlu, a gastronomy expert from Istanbul Gelişim University who conducted the study, said vegetables, an inseparable part of traditional Turkish cuisine, also go to waste the most. “Every year, about 49 million tons of vegetables and fruits are produced in Turkey. Only 52% of them reach customers. The rest is wasted due to unsuitable conditions in the supply chain. We are talking about a rate reaching 40% at times,” she told Demirören News Agency (DHA) Monday.

She said food waste was a global problem and one-third of foodstuff lost to waste before reaching consumers and food waste per person almost amounted to 100 kilograms. Her study focused on restaurants, which play a major role in these losses, and said most waste took place “in the kitchen and delivery sections” of restaurants, according to the study. “Food waste was more prevalent in the delivery of foods (to customers at tables), and in preparation and cooking of foods, food waste amounted to about 38%,” she said.

On vegetables dominating the list of waste, Çirişoğlu said careless practices in washing and chopping vegetables contributed to the waste. “The waste increases if these processes are made manually. Restaurant kitchens need more technology for preventing the waste,” she said. Solutions to the problem vary, but she says reducing unnecessary supplies should be prioritized. “If the waste prevails, then, it can be recycled, such as for production of composts or as food for animals in shelters. Edible food can also be diverted to food banks. We need a coordinated effort to achieve this,” she said.

Restaurant proprietors say they attach importance to prevent waste, but it largely depends on the flow of customers, with more food going to waste in the absence of consumers. “We try not to dump the food and deliver it to the needy for free. We also try not to exceed our capacity for storing food,” Cumali Altındağ, a restaurant owner, said. Yunus Özefe, another proprietor, said no food goes to waste in his restaurant and when they have excess food, they give it away to stray animals. “We are not wasting food because we purchase food we will need for customers, not more,” he said.