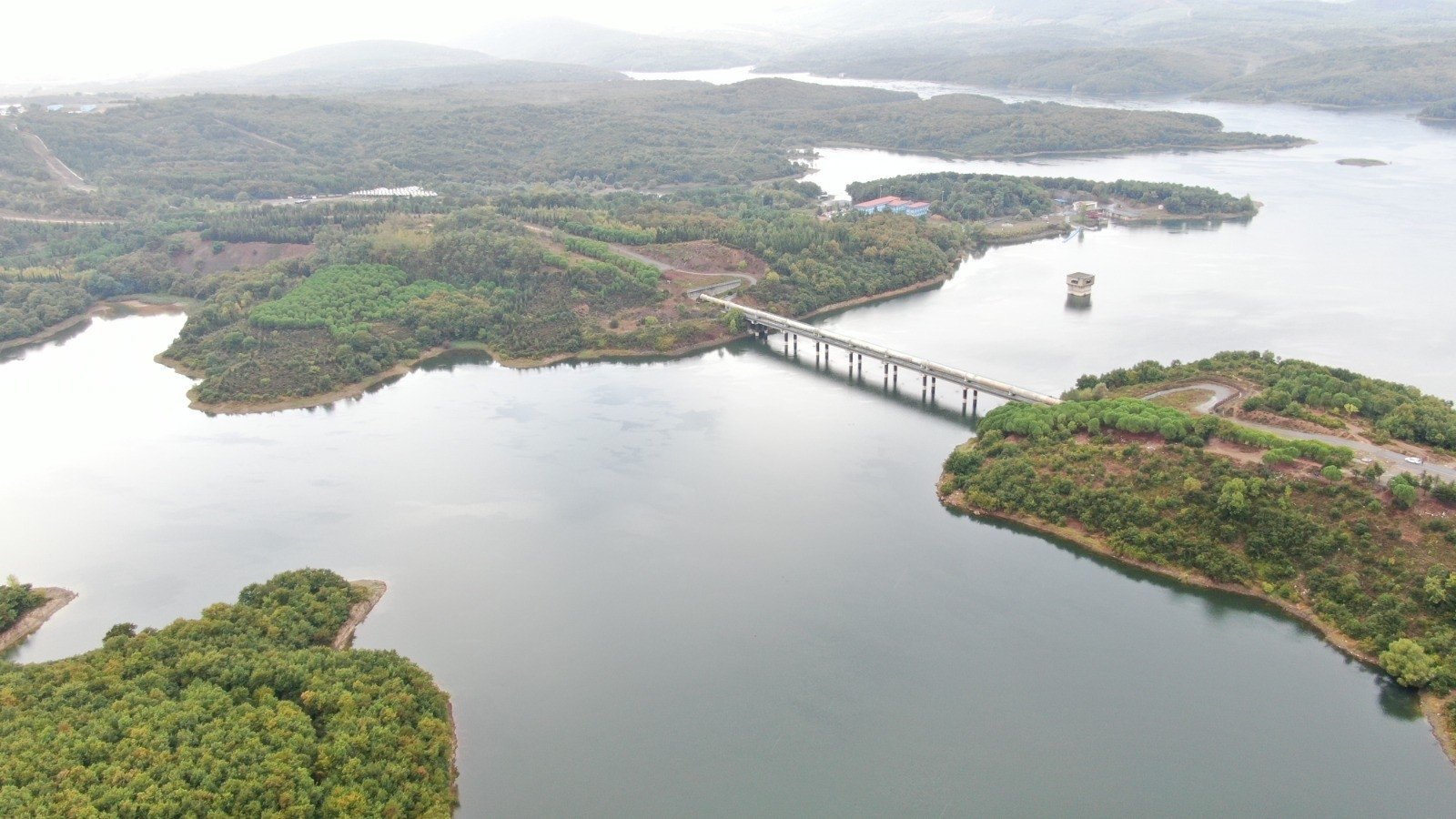 A long summer came to an end with temperatures decreasing and occasional rainfall this week but water levels in dams supplying Istanbul are still very low. Indeed, the latest figures show the dams have an average occupation rate of 52%, the lowest in the past eight months. Ömerli dam had the highest rate at 81.46%, while the rate in Pabuçdere dam dropped as low as 2.85%.

Decreasing water levels are a source of concern for Turkey’s most populated city, which faces a future water shortage. The data shows water levels in ten dams supplying water to the city dropped by 28.44% in the past five months.

On Aug. 4, the city's water utility agency announced that over 3.4 million cubic meters of water had been supplied to Istanbul, the highest in its history. The record that came amid soaring temperatures that reached 35 degrees Celsius (95 degrees Fahrenheit) was at a time when water levels were above the average 66%. Recent figures from the State Hydraulic Works (DSİ) indicate that the city has enough drinking water to last seven months, even without rain.

The threat of drought loomed large in big cities, where water levels diminished last year. The government readied an action plan when faced with the prospect of imminent drought and aims to introduce measures to promote more efficient use of water and decrease the amount of water being used from underground dams. The city's water supply can vary due to high temperatures. Last year, the average water supply to the city stood at over 2.9 million cubic meters.