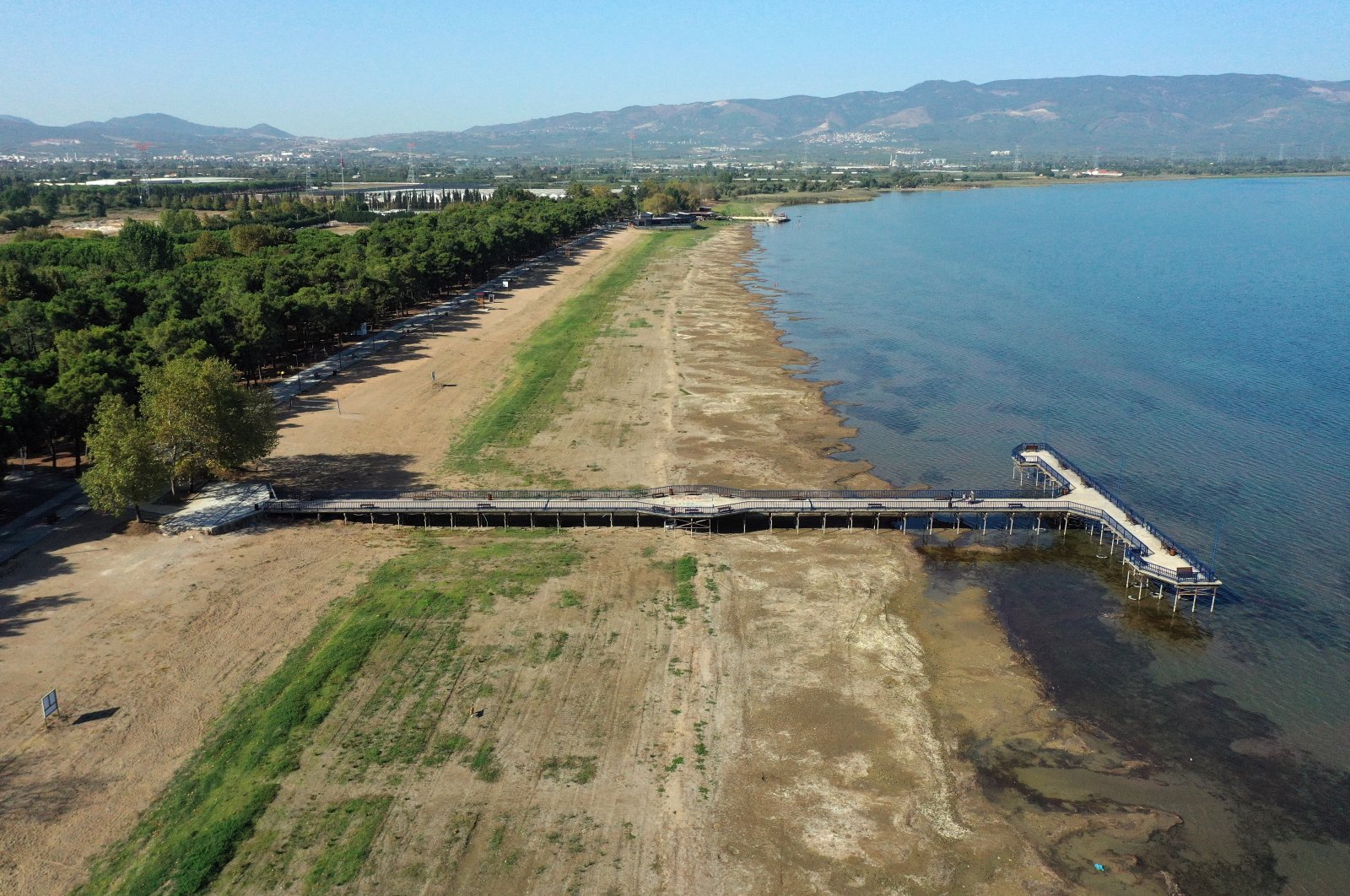 Seasonal drought, aggravated by climate change, continues to threaten bodies of water in Turkey. Lake Iznik, one of the country's largest freshwater bodies, and the Tunca (Tundzha) River straddling across Bulgaria and Turkey are the latest victims. Though the recession of water is not as alarming as in other places, it is enough to prompt concerns in a country that has a shortage of water resources.

Lake Iznik in the northwestern province of Bursa is the largest in the Marmara Region and the fifth-largest natural lake in the country and covers an area of about 300 square kilometers (115 square miles). Drought is usual during this time of year when it gets its share of seasonal high temperatures but experts say the situation has worsened in recent years.

In some parts of the lake, the water receded some 30 meters (98 feet) to the coast. Increased demand for irrigation is also to blame for shrinking water levels in the lake whose deepest spot is 65 meters and home to 27 species, from lobsters to carps. Islets surfacing across the lake demonstrate the severity of the situation, along with an empty harbor that is now farther from the coast, while fishing boats are nowhere to be seen across the dry land. More significantly, the ruins of a basilica built 1500 years ago, are visible again after remaining submerged for centuries.

Inanç Delikanlı, deputy director of a fishermen’s cooperative in Iznik, said the recession is usual but this year water loss is more. “We expect the waters will rise again with rainfall,” he told Anadolu Agency (AA) Tuesday. Semih Öz, who heads a local nonprofit for the preservation of the lake, said it is increasingly failing to replace water loss.

“This is a place which serves as the main income for hundreds of families of fishermen and a place which provides water for thousands of acres of agricultural land,” Öz said. He told AA that some industrial facilities in the region have been using water from the lake and this has also played a role in shrinking water levels.

In Edirne, a number of land plants growing in dry parts of Tunca pointed to the gravity of the drought. Gone are the aquatic duckweeds and roaring waters of the river hit by drought and excess use of water by farmers.

The river, which originates in Bulgaria, lost its high water levels in Edirne on the Turkish side of the border and the latest figures show the flow rate per second decreased to 6 cubic meters (211 cubic feet) in places. Small sand islets along a bridge where the river shrank to a mere small stream also indicate the impact of the drought.