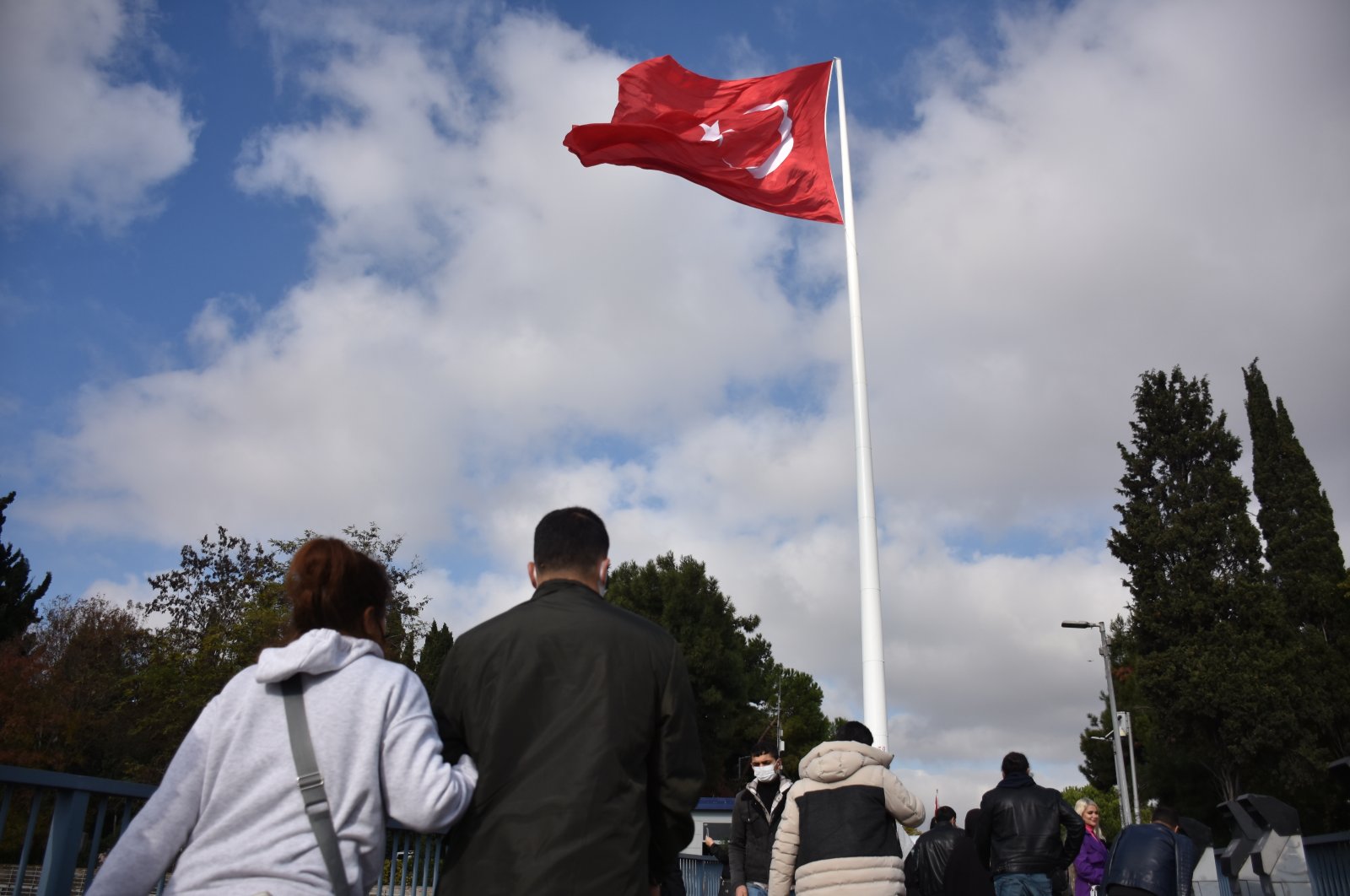 Two flag poles, dubbed the tallest in Turkey by authorities, were inaugurated in Istanbul on Friday. The 115-meter (377-foot) poles were erected at Edirnekapı Martyrs’ Cemetery and a housing complex at the Istanbul headquarters of Turkish Radio and Television Corporation (TRT), the main public broadcaster.

Transportation and Infrastructure Minister Adil Karaismailoğlu and other dignitaries attended the inauguration ceremonies for the poles that exceed the previously tallest pole on Istanbul’s Çamlıca Hill by 4 meters.

The flags, which are 1,453 square meters, a symbolic number representing the year Istanbul was conquered by Ottoman sultan Mehmed II, also known as Mehmed The Conqueror, were hoisted on both poles.

Flags are a highly revered part of Turkish culture, almost considered sacred, and their desecration is punishable by law. “For a country like ours whose history has been abundant in struggles for independence, the flag is the symbol of every inch of the soil we recovered with the blood of martyrs,” Karaismailoğlu said at the ceremony. “It is the most beautiful symbol of the rise of a nation who faced attempts to shackle this rise,” he added.

Each pole, weighing 103 tons, has an upper diameter of 95 centimeters (37 inches) and a lower diameter of 349 centimeters. The poles also feature a narrow flight of stairs inside and an electric-operated system to hoist the flags.