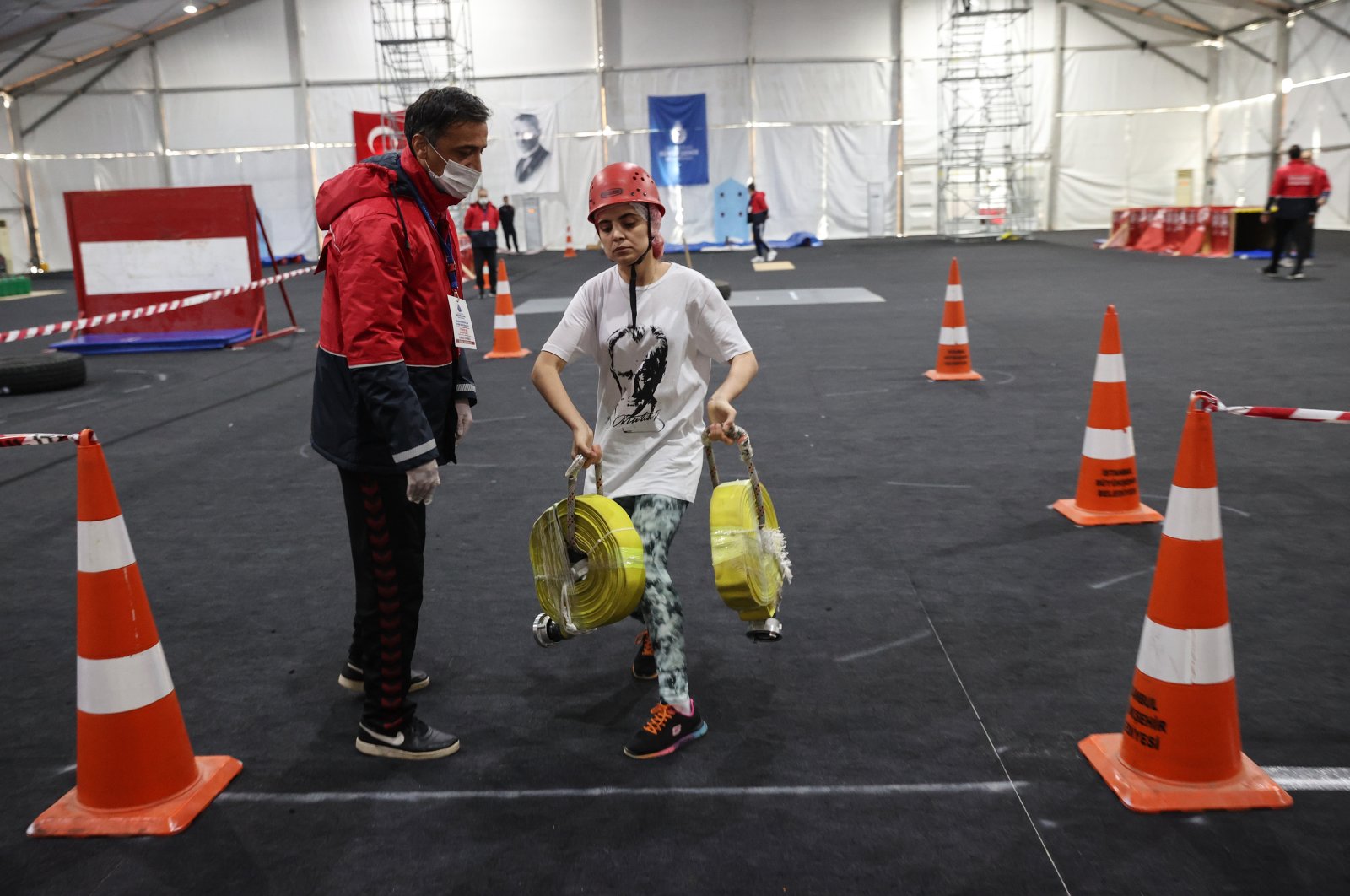 Turkey’s most populated and most famous city Istanbul is late to the party in hiring female firefighters. The municipality took its first step on Monday, however, to start a new tradition. In recruitment trials for the city’s fire department, 50 women competed against 200 men.

Rolling water hoses and weights and carrying dummies posing as victims to safety, the women showed off their skills while working to secure a job.

Istanbul Mayor Ekrem Imamoğlu watched the firefighter test at the Avrasya Show and Arts Center. “This is a very exciting development for us. We selected a quota of 50 women for firefighter recruitment. We plan to hire 500 more staff this year,” he told reporters.

Though their number still lags behind men, women are increasingly finding a place in male-dominated fire departments across the country. The female employment rate is around 32% in Turkey and the government is working to boost employment opportunities for women, with incentives and funds for entrepreneurs and workers.

“We needed this recruitment drive as it has been a long time since the fire department hired so many people. Istanbul needs more firefighters due to its growing population and a faster response to fires and likely disasters. I am especially excited for women. Women and men should enjoy equality in opportunities in every aspect of life. Women can perfectly handle this job,” he underlined.

Istanbul includes women in its recruitment drive for firefighters for the first timehttps://t.co/hWCkkugWVb pic.twitter.com/0jZucpiNoa

He said they would diversify job opportunities for females in the municipality and hire more women in the future.

“Unless you equalize women’s labor with men’s labor, you cannot talk about a morally rich society. We had gender equality in the past but it was confined to rural regions where women and men were working in the fields together. Urbanization spoiled this equality. Now, a larger part of the population lives in the cities and unfortunately, women have been victims of this urbanization in terms of employment,” he said.

Imamoğlu also answered reporters’ questions about a leaked audio recording of an official from his Republican People’s Party (CHP) that apparently confessed to having a bias for party members in hiring new staff for the municipality. The mayor said that, on the contrary, the city is actually engaged in a fair recruitment process for the first time in years. “People apply through an e-government website and anyone who is eligible will be hired. We never questioned any applicant’s political affiliation. It is correct that we hired people aligned with the CHP. But we also hired people from other parties, including the Justice and Development (AK Party),” he said, referring to the party of his predecessor, Mevlüt Uysal.