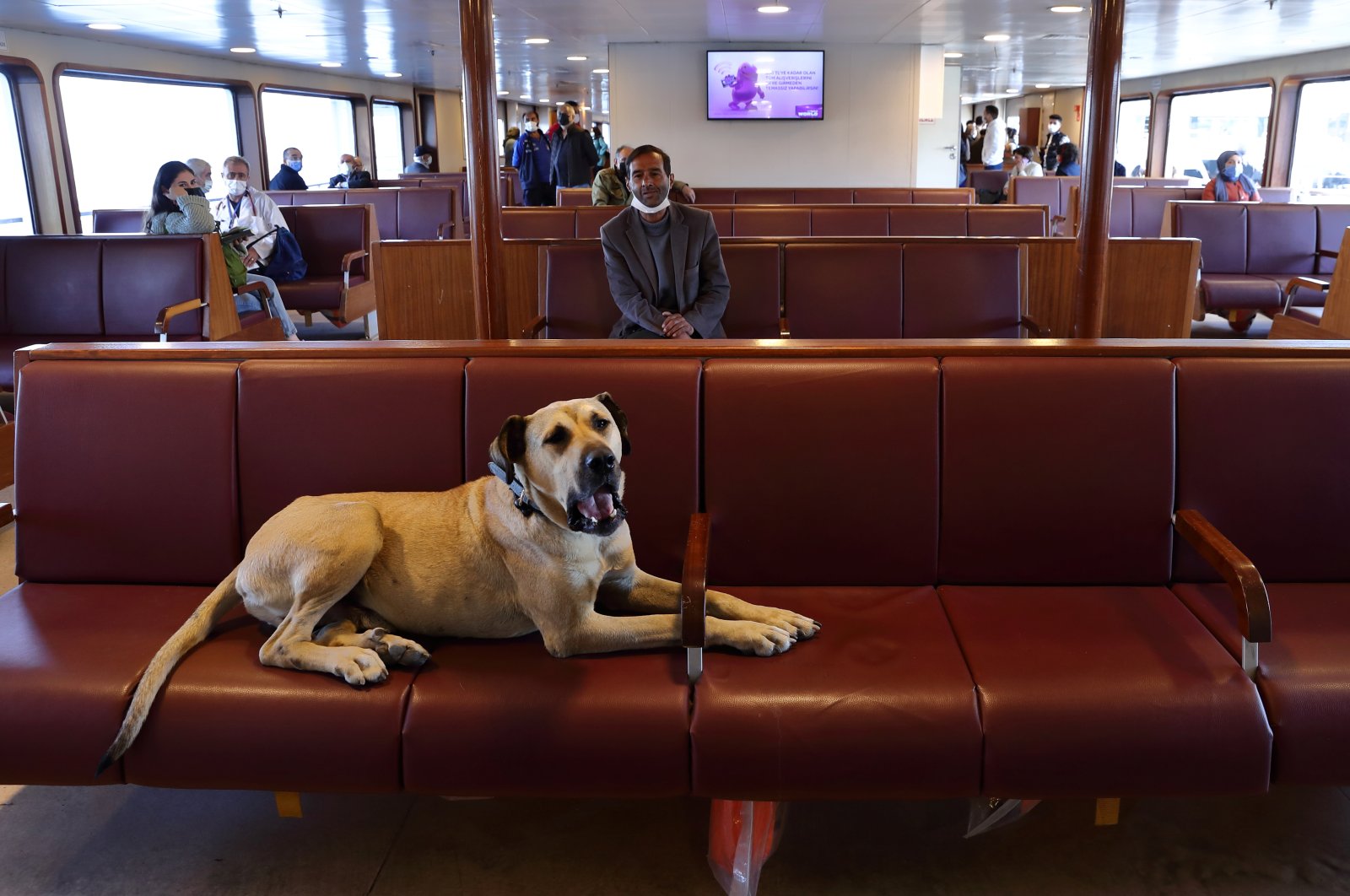 Istanbul's mass transit system can be troublesome for humans, but it is still the best way to travel across the city. The Turkish metropolis is also home to a large number of stray dogs and cats, and now one of them enjoys the perks of a free ride.

In a packed Istanbul passenger ferry between Europe and Asia, all eyes turn to one commuter enjoying the view from his window. Boji, a street dog, has become a regular sight on ferries, buses and metro trains in Europe’s largest city. A devoted commuter, the dog enjoys long journeys on public transport, up to 30 kilometers (20 miles) on a regular weekday.

Istanbul municipality officials who record the dog's trips with a microchip say he drops by at least 29 metro stations a day and was even tracked at sea, taking a weekend break to Adalar (the Princes' Islands) off the city's coast. With golden-brown fur, dark eyes and floppy ears, Boji started to draw attention two months ago.

"We noticed a dog using our metros and trains and he knows where to go. He knows where to get out," said Aylin Erol, from Metro Istanbul, which runs the city's metro lines. "It's like he has a purpose," she added.

Data collected from his tracking device shows historic tramlines are Boji's favorite but he is also a frequent subway commuter. Erol said the dog respects public transport rules and waits for disembarking passengers before hopping on the train. He enjoys traveling in the middle part of a subway carriage, or boji in Turkish – hence the name which officials gave him.

Erol said he brought color into the lives of millions of commuters of the metropolis. Istanbulites post pictures of him on social media, and his own accounts have more than 50,000 followers. "You take the train and, suddenly, you see Boji. And look at him. He lies, just like this. You just smile and catch the moment, really. This is what Boji evokes for Istanbulites. He also reminds us that we can still enjoy Istanbul as we rush around."