Istanbul runs out of mass transit passes amid pandemic worries 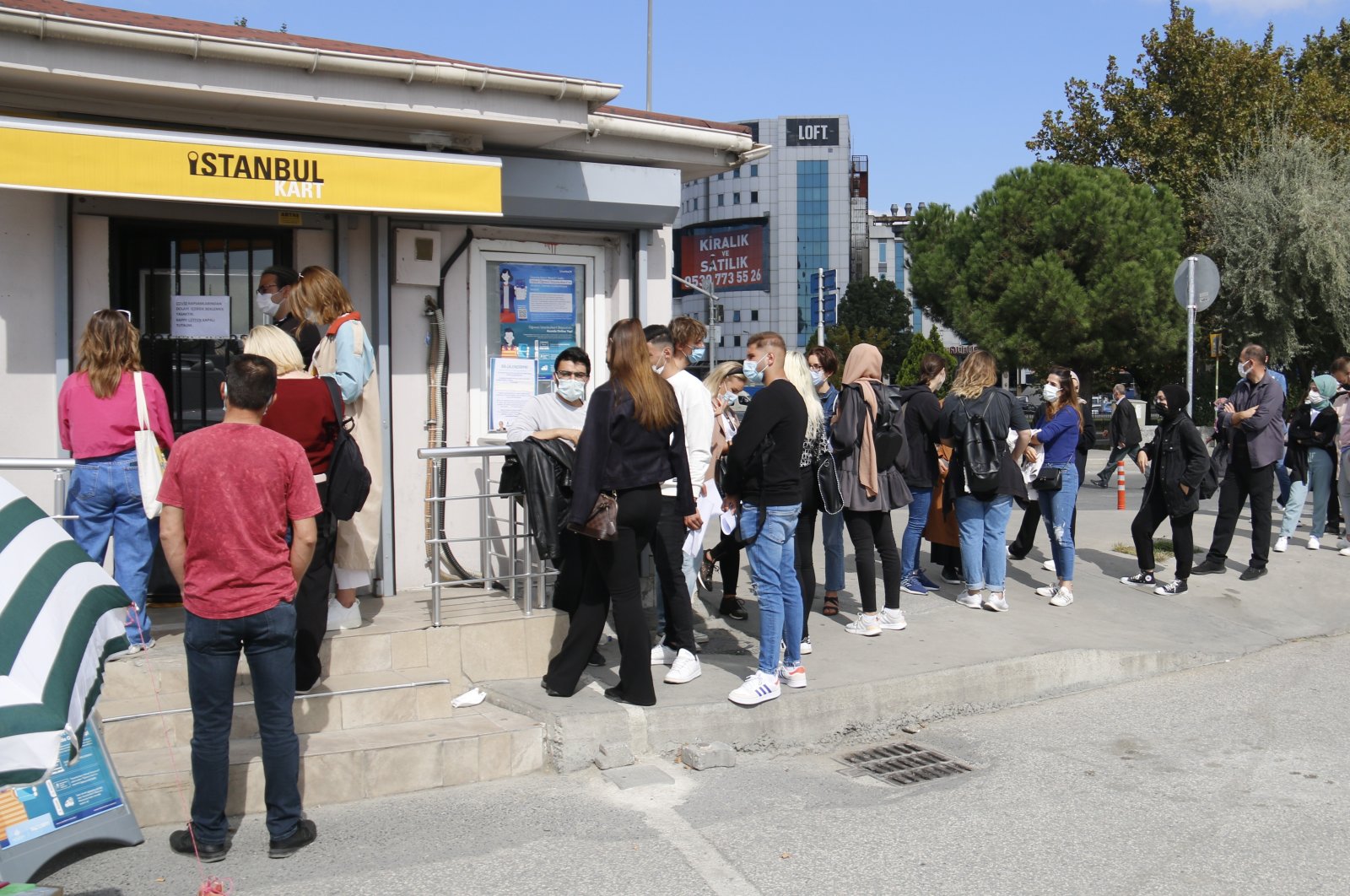 Istanbulites are accustomed to buses breaking down and suffocating crowds in mass transit but the transportation in Turkey’s most populated city, one of the country's worst in terms of traffic jams, faces a fresh crisis.

Long lines have formed outside centers to top up and renew mass transit passes, known as Istanbulkart, as the municipality acknowledges a shortage of passes. Municipality officials say the crisis is linked to the coronavirus pandemic, which forced authorities to issue exclusive passes for each individual passenger.

Since January, it has been mandatory for Istanbulkart holders to match their Life Fits Into Home (Hayat Eve Sığar – HES) code with their cards. HES, an application developed by the Health Ministry, provides access to an individual's health information and shows whether they are infected with the deadly disease. Though an online update is available for existing cards, getting a new pass is a challenge nowadays for those without one.

Municipality kiosks where passes can be obtained are limited in number. When people try to obtain a card through automated machines set up in mass transit hubs, they encounter a message saying “no Istanbulkart is available.”

Yücel Karadeniz, director of an electronic payment company of the municipality which oversees pass supplies, says they recently launched a tender to purchase 1.5 million new passes. Karadeniz told Demirören News Agency (DHA) on Thursday that the problem stems from the new rule of exclusivity.

“More than one person could use Istanbulkart before but HES code practice made it personalized only for one person’s use. So, we have seen a rise in the demand for the cards,” he said.

“Our usual amount of card supplies was 4.5 million every year but this year, we had to supply about 6.5 million new passes,” he said. Karadeniz said they also had to restrict new pass sales to sales points instead of automated machines to prevent “fraud,” citing fraudsters purchasing cards en masse and selling them to people without a HES code.

Muhammet Eren Saygın, who was among those waiting to get a new pass outside a kiosk, said he recently arrived in Istanbul and wasn't able to purchase an Istanbulkart. “I could not get anywhere by mass transit and had to take a taxi. It cost me a lot. You cannot buy Istanbulkart everywhere. Automated machines give only single pass and you cannot match your HES code,” he complained.

The shortage was particularly depressing for students at a time when education is in-person. Ebrar Turan said she had to travel to the Yenibosna neighborhood from Fatih district, more than 10 kilometers (6 miles), to get a pass from a kiosk there. “And now I have to wait in the line for another half an hour. There should be more locations from where we can obtain passes,” she told Ihlas News Agency (IHA).