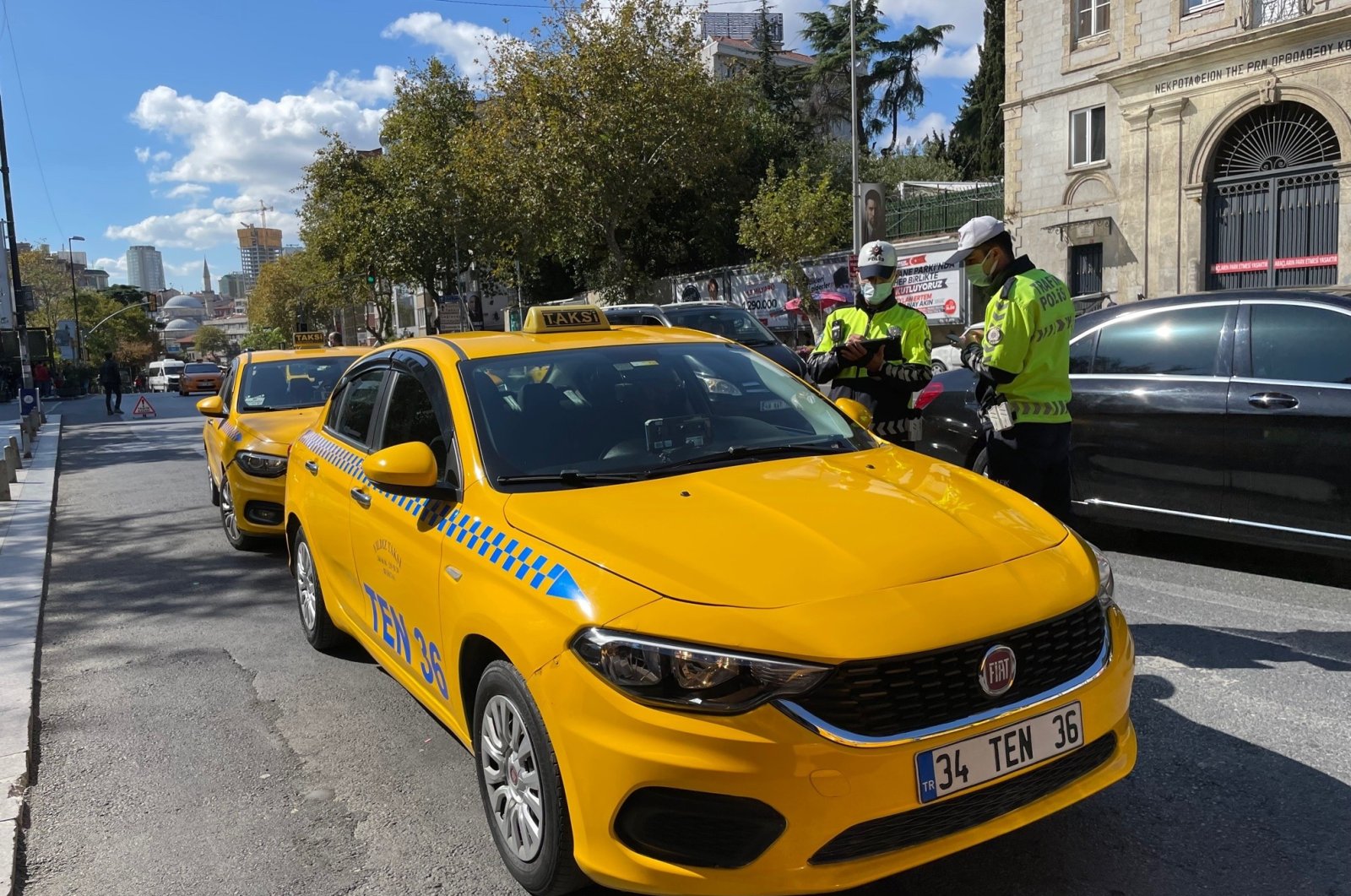 Police and the Istanbul Metropolitan Municipality (IBB) have joined forces to crack down on the unruly taxi drivers of the city, the bane of millions of Istanbulites and tourists. Traffic police ran a surveillance operation on taxi drivers outside a popular shopping mall in the city’s Sarıyer district as the complaints mounted against drivers. Four taxi drivers were caught on Monday “choosing” between customers and banned from traffic for 10 days by police. The municipality slapped an extra 10-day ban on the taxi licenses for the drivers and issued fines.

“Choosing” customers is among the most common complaints against thousands of taxi drivers in Europe's most populated city. Customers claim drivers ask them where they would like to travel to before they get into the vehicle. If they do not plan to travel a long distance, the driver comes up with excuses not to take them or flat out refuses the customers.

Police stepped up taxi inspections recently, fining drivers and impounding their cars, but the problem continues. Along with “picky” drivers, taxis are at the center of complaints, from overcharging tourists to rude behavior toward customers.

Some drivers blame the workload they face, which necessitates them to earn as much as they can in a short time to cover their costs, for only accepting long-distance rides. The municipality says having more taxis on the streets may be a solution for customers who cannot “find” a taxi. Yet, its proposal to introduce thousands of additional taxis to the city have been repeatedly rejected by the politically divided municipal assembly.