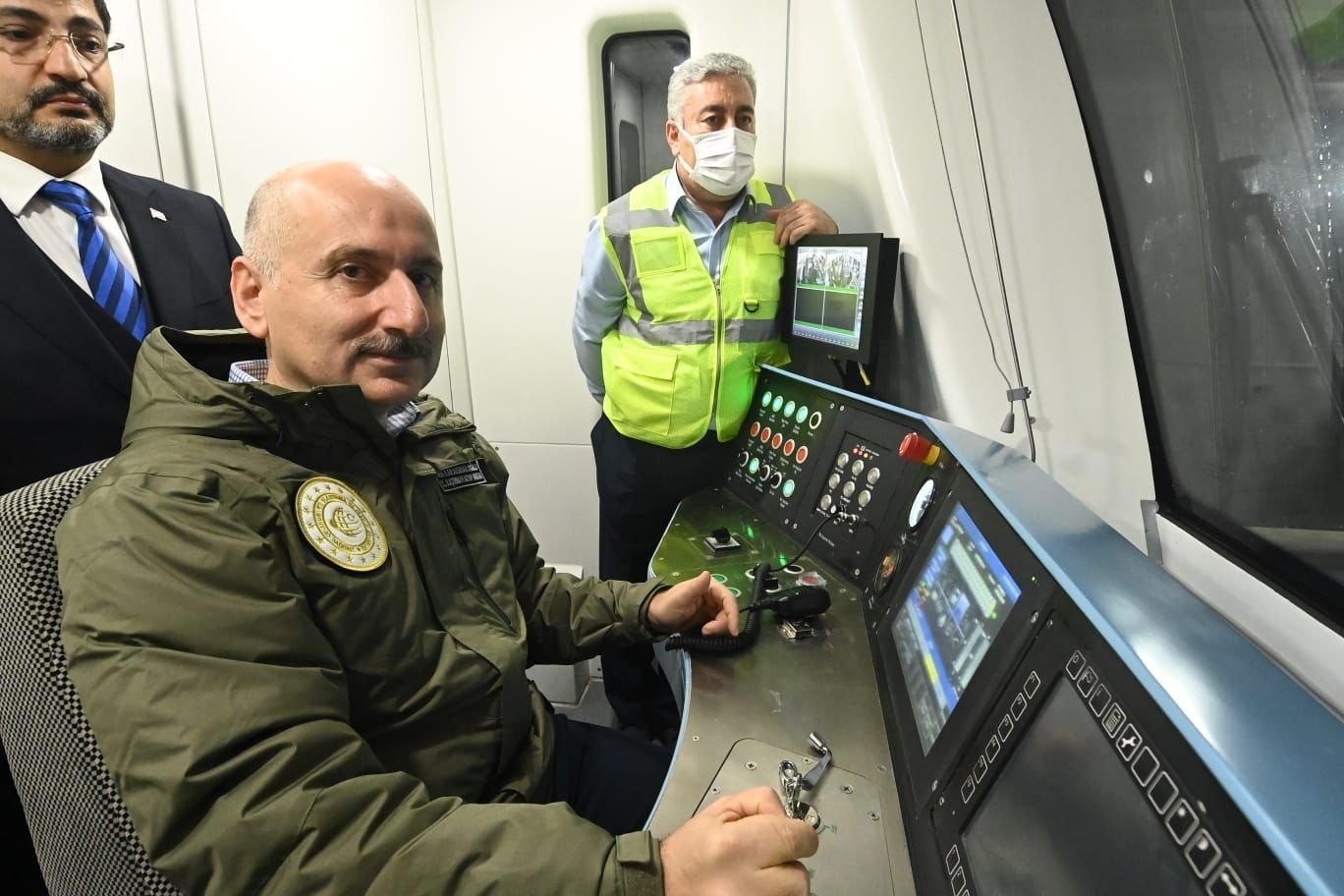 Trial runs were launched for a metro line that will connect Istanbul's downtown Gayrettepe neighborhood to Istanbul Airport. The line, slated to open next year, will be the country's fastest at 120 kph

Istanbul is scheduled to get a new metro line in the first quarter of 2022. The line, which will stretch from the financial hub of Gayrettepe to Istanbul Airport, will provide the country's fastest travel for passengers at a speed of 120 kph (75 mph).

Transportation and Infrastructure Minister Adil Karaismailoğlu joined the trial run for the metro line on Monday and said they would also use the country’s first entirely locally made signaling system. The line will also use trains with domestically made engines.

The new line will have stops in the Kağıthane and Eyüpsultan districts on its route to Istanbul Airport, located on the northwestern part of the city’s European side. The 37.5-kilometer (23.3 miles) long line is expected to provide a comfortable fast ride for airline passengers looking to avoid the city's worsening traffic.

The construction on the line, which will have nine stations, started in January 2020. Ten sets of trains will be tested along the route. Karaismailoğlu said they are giving the final touches to six stations in the meantime. “Ninety-six perecent of the line is completed, and it will serve 600,000 passengers daily,” he said. The last stop, Istanbul Airport, is divided into three sections, one for the main entrance, one for a secondary terminal and one for the cargo terminal.

“We want to build a mass transit system in Istanbul where people will not have to push the broken-down buses,” he said, taking a jibe at the municipality, which drew public ire after buses it operated broke down over the past few months.

Karaismailoğlu told reporters that the city so far has a rail system network of 259 kilometers and once the ongoing projects are completed, it would reach 363 kilometers. Along with the ministry, Istanbul Metropolitan Municipality has undertaken new metro line projects; however, the municipality has faced criticism for the delay in constructing new routes, which the mayor blamed on a lack of funding. The minister said they are currently working on seven different metro routes across the city and will construct half of the railway network of the city.

The line will be linked with other metro lines, including the metro line operating between Kabataş and Mahmutbey, Yenikapı and Hacıosman, and Halkalı and Istanbul Airport, also a high-speed train.

As for the travel time, passengers will be able to commute between Gayrettepe and the airport in 33 minutes. Travel between famed Taksim Square and the airport will take 41 minutes – something that takes more than one hour amid the city’s traffic.

He said the metro line will also save Turkey about $3.01 million (TL 29.2 million) in the next three decades. “Thanks to cutting the costs for maintenance of roads, cutting off air pollution and travel times.”

Metro services, along with a rapid bus transit system known as metrobus, provide relief to millions of Istanbulites and visitors who complain about overwhelming traffic, which now stretches beyond rush hours.