Istanbul traffic may come to standstill in winter, experts warn 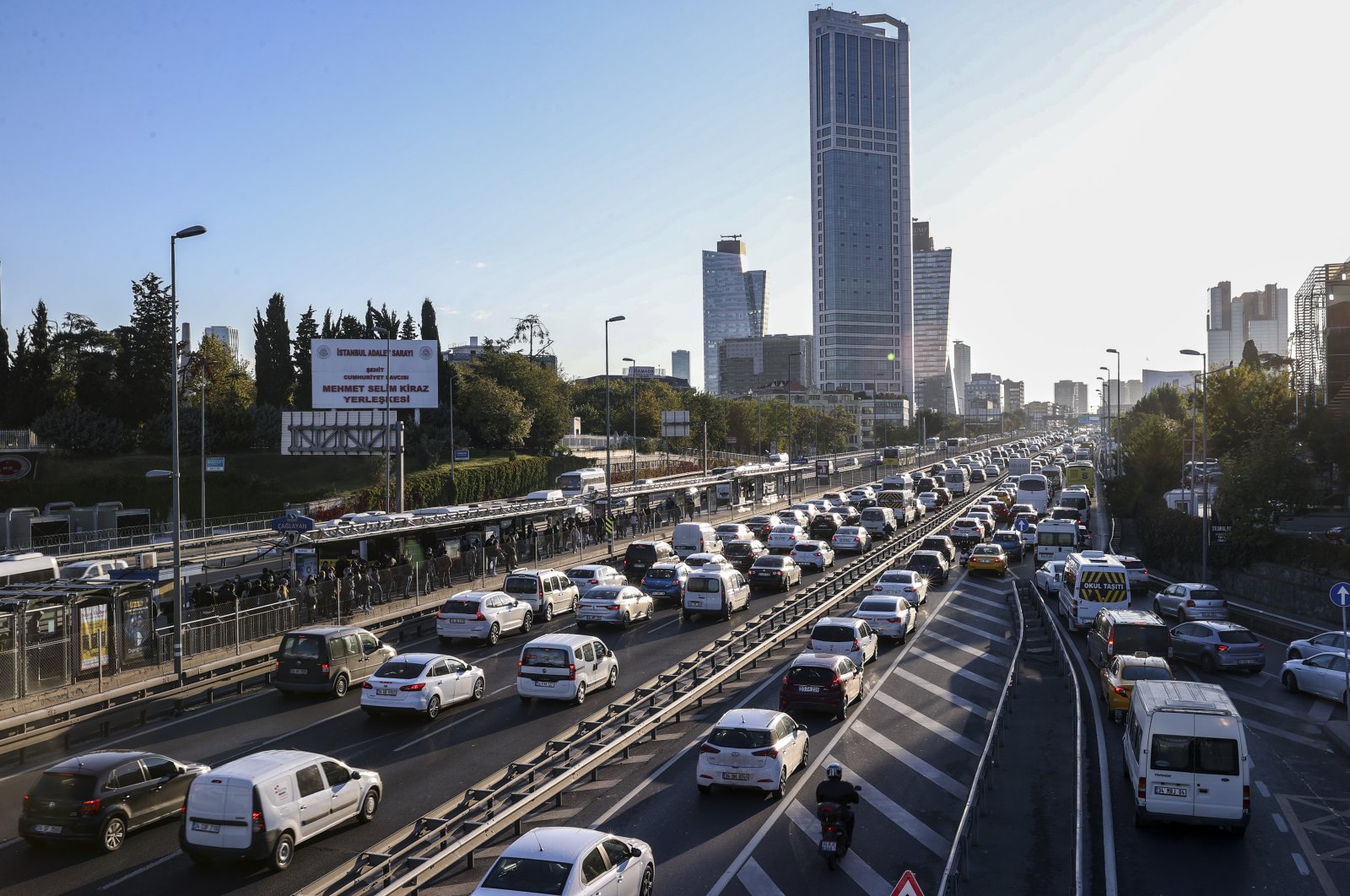 Istanbul’s trial by traffic jams continues unabated and, without measures, the chaos in Turkey’s most populated city will worsen in winter, experts warn

"Plight" may be an understatement when describing Istanbul’s traffic. Turkish biggest metropolis is no stranger to long traffic jams – indeed, it experiences some of the worst in the world. Nevertheless, it appears to have gotten worse since the restrictions related to the coronavirus pandemic have been lifted. Traffic snarls, once confined to morning and evening rush hours, are now extended almost throughout the day.

Experts warn that this winter the traffic, which worsens under bad weather, may entirely come to a halt if measures are not put in place to reduce the number of vehicles and create a better system of traffic management.

Istanbul Metropolitan Municipality (IBB), criticized for mismanagement of the situation, is blamed for lagging traffic, along with commuters preferring driving alone to avoid crowded mass transit. Not using mass transit, which is plagued by problems like buses running behind schedule or breaking down, is no solution either, as travel times are prolonged for private vehicles as well.

Solving Istanbul’s traffic problem was one of the campaign pledges of Mayor Ekrem İmamoğlu. Two years later, however, traffic jams remain a daily struggle for millions of Istanbulites, Abdullah Özdemir says. He is a member of the municipality’s assembly and heads the assembly’s Transportation and Traffic Committee.

“Unfortunately, the current administration does not view the traffic as a problem and does not care about what the people have to suffer. The city needs new investments,” he says.

Özdemir, from the ruling Justice and Development Party (AK Party), says İmamoğlu succeeded an AK Party-run municipality, which “brought the length of metro lines to 330 kilometers (205 miles) from just 45 kilometers,” while the new administration could build only 12 kilometers in two and a half years.

“IBB’s transportation department was once home to experienced staff like our current Minister of Transportation Adil Karaismailoğlu. The current head of transportation at the municipality is someone hired from (the western city of Izmir). How could someone from Izmir have a grasp on Istanbul’s traffic problem? Other new names are not well qualified either,” he said.

Özdemir added that Istanbul Electricity, Tramway and Tunnel General Management (IETT), which oversees mass transit in the city, is the source of “a serious problem.”

"We see long lines at mass transit stops. There are problems with bus schedules and we see more and more complaints about buses suffering from glitches. The lines at stops would be something worse in winter and maybe a risk for public health,” he said.

He also highlighted problems regarding the maintenance of buses. “All IETT maintenance tenders are awarded to one company, which had no past experience of working with the IBB. On the other hand, they disqualified a company like Mercedes (supplier of some buses) from tenders, claiming it was not experienced in maintenance,” Özdemir said.

Professor Mustafa Ilıcalı, a prominent transportation expert, who serves as Center for Application and Research for Transportation Systems at Istanbul Ticaret University, says he has been warning about worsening traffic for the past two years and it is getting worse day by day.

“When the pandemic began in Turkey, I knew there would be chaos once (restrictions) were lifted,” he says. He highlighted that the number of daily mass transit users, which was 7.5 million before the pandemic, reached 6 million.

“There is a 10% rate of mass transit users who avoid mass transit due to the pandemic and more than 400,000 people were added to the traffic. The roads are insufficient to accommodate the traffic and they are poorly managed. We need emergency solutions.

"In the short run, we have to increase the number of mass transit vehicles and their safety. We have to promote mass transit,” he says.

Ilıcalı also suggests allocating a new lane on the roads for mass transit vehicles and taxis. “This is a globally accepted practice,” he stressed. Ilıcalı also proposes a change in traffic lights, whose changing schedules should be based “on the rate of incoming traffic rather than a fixed time.”

Ilıcalı says Istanbul should also tap more into maritime transportation to reduce land traffic. His other proposals include a change in work shifts, to reduce the number of commuters in traffic at the same time. “Without these, I am worried that the traffic will not move at all once winter sets in,” he said.