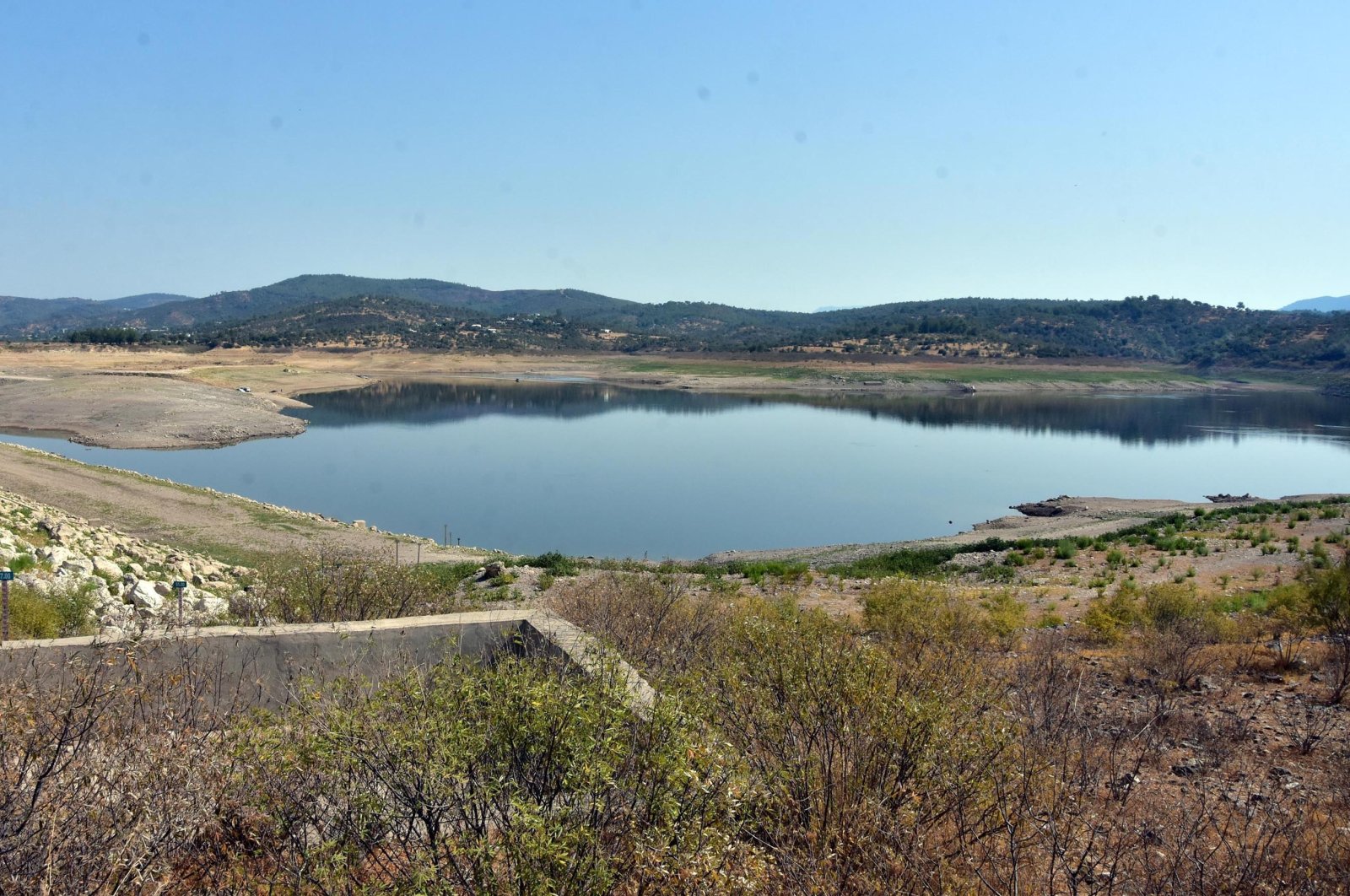 The current drought has hit an alarming level all across Turkey, and it is having a profound impact on Mumcular Dam in the country's western Muğla province, Demirören News Agency (DHA) said in a report on Sunday.

The water level has hit rock bottom at the dam, dwindling to 9% capacity as experts warned that drought is here to stay for the upcoming years.

Associate professor Ceyhun Özçelik of Muğla Sıtkı Koçman University’s Water Resources Department warned that while the upcoming winter months will help raise the water levels, the drought may get worse every year.

Muğla, which normally is one of the Turkish provinces that sees its fair share of rain throughout the year, has not registered enough precipitation this year.

One of the two main sources of water for Muğla’s tourist magnet Bodrum district, Mumcular Dam is at half the level it was a year ago, which even then was a worrying 18%.

Even though the drought is serious, the negative effects caused by global climate change may make things even worse when the rains do return as there would be a risk of possible flash floods. In light of that threat, Özçelik called upon authorities to take necessary precautions to make sure Bodrum stays safe.

“If infrastructural problems of Bodrum are not solved, its reputation will be harmed greatly,” he said.

As drought risk looms in Turkey, authorities are scrambling to find solutions to the problems being exacerbated by climate change and excess use of water.

Turkey is aiming to modernize its irrigation systems and agriculture in line with the national water policy, the country's forestry and agriculture minister recently said.

Water use in agriculture is being rearranged in order to reduce the negative effects of climate change and drought, a statement from the Ministry of Agriculture and Forestry quoted Bekir Pakdemirli as saying. Keeping in mind the current insufficient groundwater and other water constraints, the ministry is looking at measures to promote crops with low water consumption in the hopes of replacing high water consumption crops, such as corn. "Taking into account climate change and drought conditions, we have accelerated our efforts to promote water-saving modern irrigation systems," said Pakdemirli.

"With the completion of important infrastructure works in irrigation, such as in-field development services, and a transition to closed irrigation systems, a very high level of saving will be achieved in irrigation water," he said. "Irrigation management technologies for the effective use of water in agriculture will be given priority in the future. The more we prioritize technology and innovation, the faster we will secure our future."

Speaking at a workshop entitled "Climate Change and Agriculture" in the western province of Izmir last Wednesday, Pakdemirli said droughts, which were limited to once in a decade in the past, would soon occur nearly twice as frequently.

"We cannot ignore the impact of climate change. We will be ready for this new climate by transforming agriculture, boosting the forest resources and ensuring efficient use of water," he said.

Pakdemirli noted that the effects of climate change surfaced in the country in the form of heavy precipitation in some places and drought and forest fires in others.

"We saw 16 major forest fires in just 17 days (this summer) while it was only five throughout the past five years. Climate change also affects the water cycle, as we have seen in flood disasters in Bartın, Kastamonu and Sinop," he highlighted.