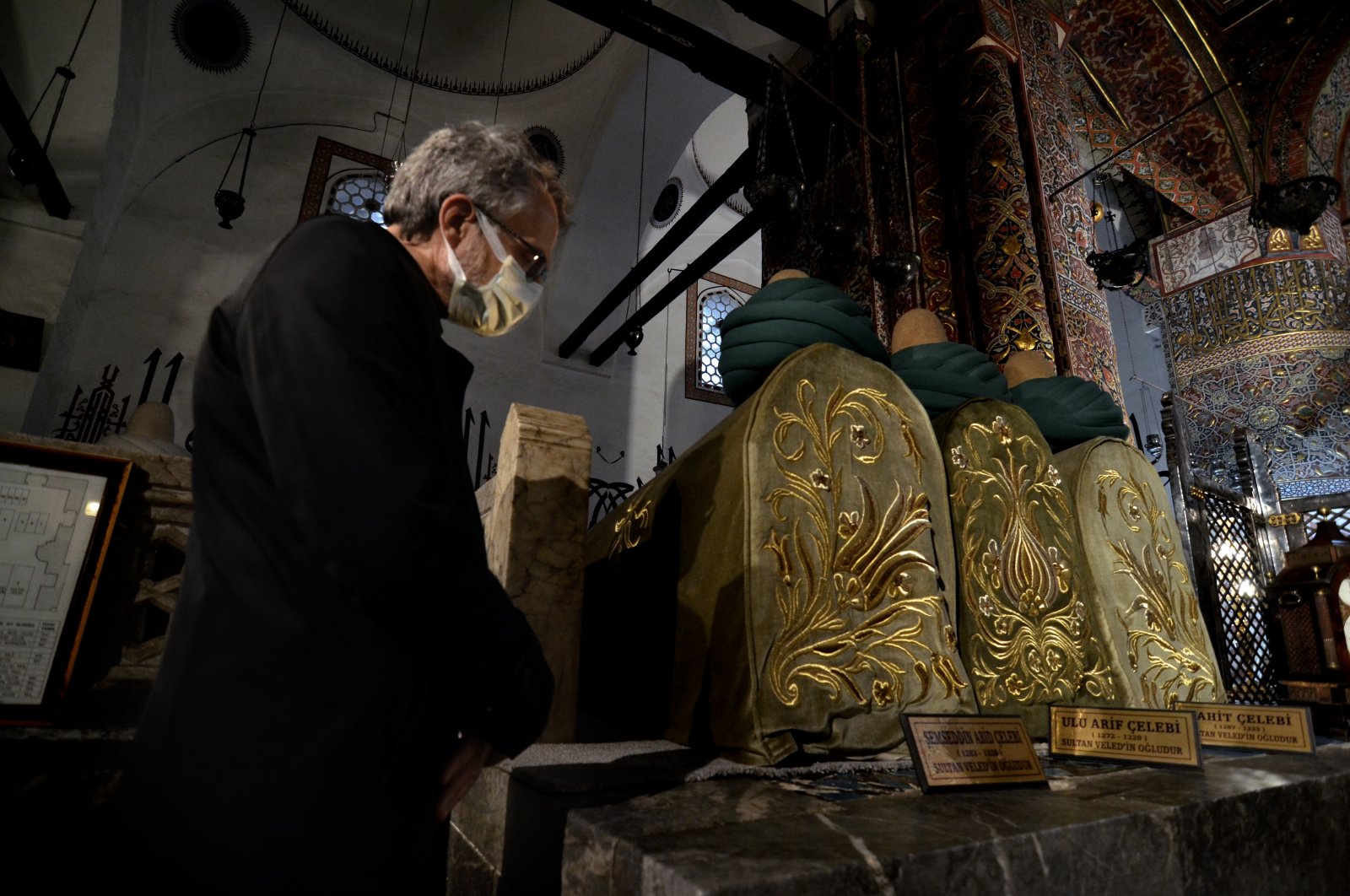 Hordes of visitors have been arriving in the central Turkish province of Konya to observe the death anniversary of famed Muslim mystic Mevlana Jalaluddin Rumi.

While some followers seek to learn more about the 13th-century Sufi poet, others come looking for inner peace, visiting the places the mystic once frequented.

A 10-day commemoration ceremony called Şeb-i Arus or “wedding night” is in progress in Konya. Though it is a solemn occasion, it is also an instance to remember mystic’s Islamic teachings exulting heavenly prizes over earthly possessions, as the name, which marks a reunion with Allah, implies.

Still, a somber mood hangs in the air at Mevlana Museum, where the mystic and his companions are buried. Amid the hustle and bustle of the city, visitors appear to heed the mystic’s timeless call to “come whoever you are” as they throng the venue. Some visitors quietly pray in one corner while others contemplate the humble-looking yet impressive tombs adorned with traditional headgear of the mystic and his followers.

Jihazi Malik, a visitor from the United Kingdom, says he felt emotional while visiting the museum. “I am here to pray. I read and learned a lot about (Rumi). I feel my heart is purified after visiting here,” he told Anadolu Agency (AA) on Wednesday.

Craig Victor Fenter, an American Muslim convert who settled in Konya to pursue Rumi’s teachings, says love for Allah reflected itself everywhere in the venue. “What I witnessed here calmed my soul and gave me a unique experience. Mevlana is someone who brought peace to this world. His words are important for the world,” he says.

Fenter said though he lived in Konya, it was a special occasion to visit the museum during Şeb-i Arus. “Mevlana influenced my whole life. I read his poems and whirl. I was involved in music and now I devote my time to (Sufi) music,” he said.

Foss Brown arrived from Romania and toured Turkey for the past two months before making a stopover in Konya to attend the ceremony. “I feel peace here and try to grasp it. The museum here is really impressive,” Brown said.

Baran Sadeghi Motcheh Khorti is only 10 years old, but already knows thousands of verses by Rumi by heart. The young visitor, who arrived from Iran, said he felt lucky to be in the presence of Rumi at the time of Şeb-i Arus.

Mojgan Samiei, another Iranian, said she loved the mystic very much but had no idea that it was his death anniversary when she visited Konya. “I had visited the museum last week and came again today because I felt emotionally hungry. I did not know it was Şeb-i Arus. It is a good coincidence. After I learned about it, I decided to postpone my return home,” she said.