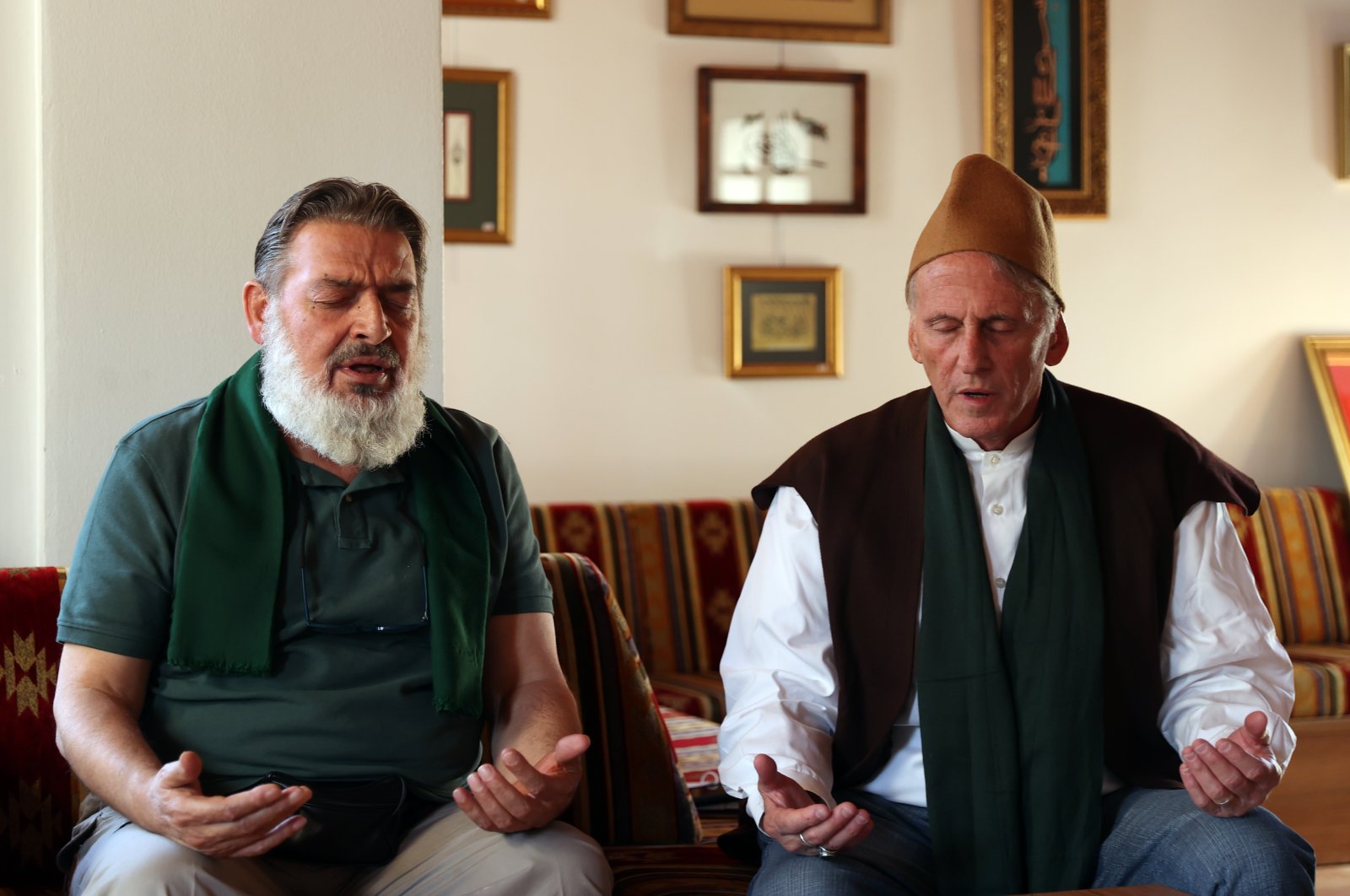 Ismail Fenter has been in search of a faith he can adhere to throughout his life. His passion brought him to Konya, the Turkish province that was home to world-renowned Muslim mystic Mevlana Jalaladdin Rumi. Impressed by Rumi’s teachings from centuries ago, Fenter, who was born in North Carolina, United States as Craig Victor Fenter, converted to Islam and more recently, moved to Konya.

“I knew this is where I should have been,” he told Anadolu Agency (AA) Thursday outside the tomb of Rumi, a landmark and popular destination for followers of the mystic. Wearing the traditional garb of dervishes, Fenter joins Nadir Karnıbüyük or “Nadir Dede” in prayers.

Raised in a Catholic family in Los Angeles, Fenter worked as a priest for about a decade after graduating from a Catholic school. He later worked as a professor of religious studies in several universities. Despite his religious background, Fenter says he felt “a void” in his faith and started “a search” before meeting Esin Çelebi Bayru, a descendant of Rumi who was in the United States in 2004 for an event. This encounter also served as his first introduction to Rumi and Islam and one year later, he made his first visit to Konya where he attended Şeb-i Arus (Wedding Night) ceremonies in the province, which marks the mystic’s death, or rather “reunion,” with his “beloved” or Allah.

Impressed by the spiritual atmosphere of Rumi’s mysticism and what he learned so far about Islam and Rumi, Fenter converted to Islam in 2006. He later fully embraced the path of Rumi thanks to Nadir Karnıbüyük, a “postnişin” or sheikh of the Mevlevi order. Two months ago, he moved to Konya to be closer to Rumi and his order.

“I was raised as a good Christian, in a family attaching importance to religion and never skipped Sunday services. Upon the wishes of my grandmother, I joined a Catholic school and was ordained. I have always been taught about God and Jesus and none of what I learned made sense. I believed in the existence of God but something was wrong. I taught religion but what I taught did not make sense. I spent most of my life in a search. When I questioned what I taught too much, I decided to give up teaching religion. I took up music instead, but my heart still had a void,” Fenter, who also worked on several musicals, said.

Then, he met Esin Çelebi at a house where Sufi followers of Rumi’s teachings gathered. “We spoke through an interpreter and I liked what she explained. I told her that I felt like I was at the bottom of an ocean but could not find the treasure I have been searching for. She told me that I found it and invited me to Konya,” he recalled.

He first felt something “special” stirring up inside him when he watched whirling dervishes. A visit to Mevlana Museum where Rumi is laid to rest, in the company of Nadir Karnıbüyük, further cemented his inclination. “He took me to niyaz (supplicant) window (where people recited prayers) and explained how to pray. I was watching him praying and he told me to join him. I did not know what to do but I started saying prayers as best as I can. Then, something happened. I felt like my heart burst open and was astounded. I was crying. I repeated prayers over and over and cried for hours. I felt like Rumi was calling me,” he recalled.

Fenter did not know a single word in Turkish and recorded all prayers Nadir recited with a voice recorder. “I did not know what he said but somehow I understood them. It was like two hearts talking to each other. I also learned that the path of Rumi is the path of Islam and converted to Islam later,” he said.

On his relocation to Konya, Fenter said he has been to the city every year since 2005, and “to learn more about Rumi” he decided to move there. “A young dervish once asked me about my family and I told him that my parents died. He told me they were my family now. This was one of the most important things I heard in my life,” he said.