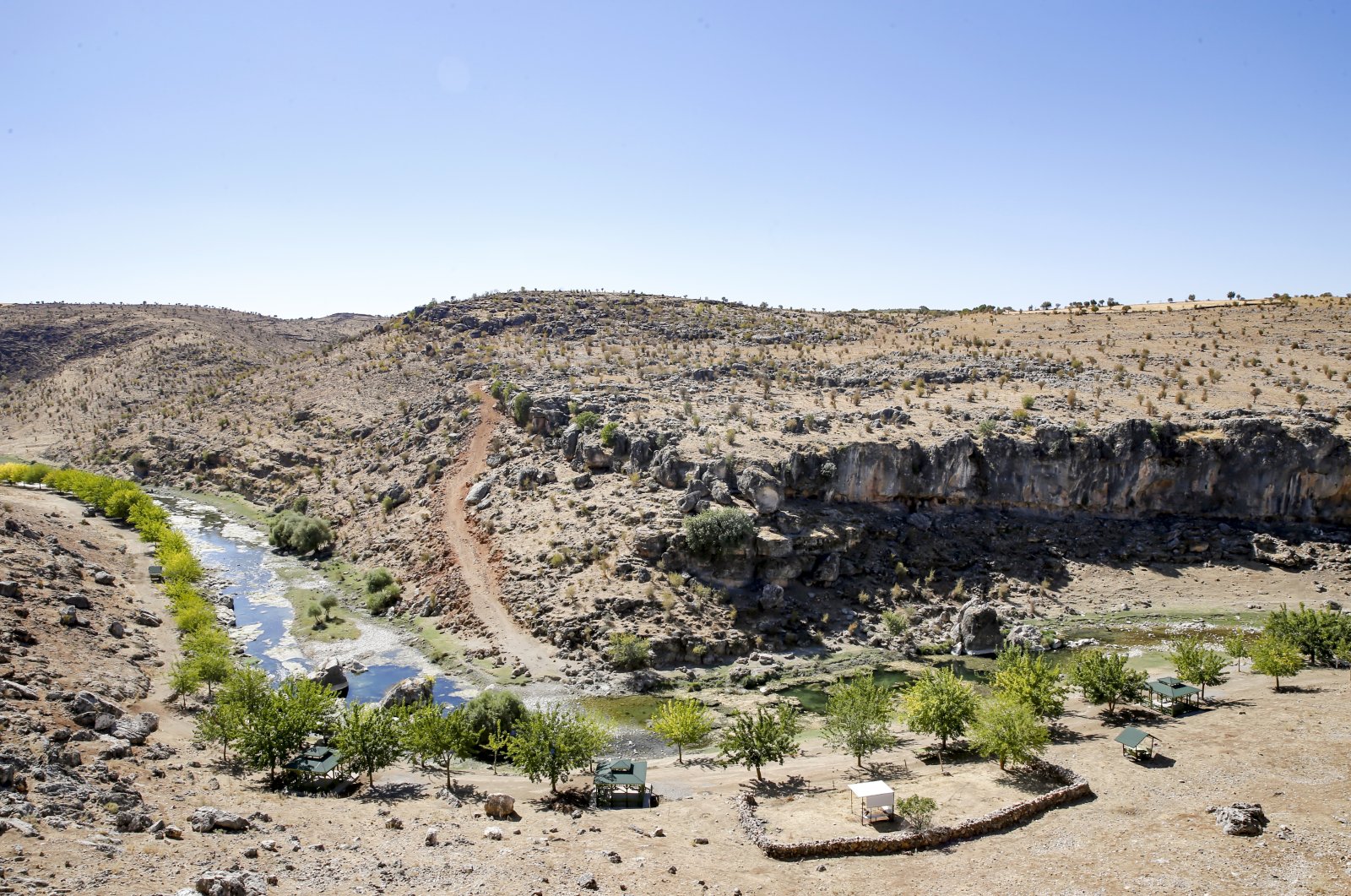 The passion and efforts of a single man to make his village greener in the southeastern Turkish province of Diyarbakır culminated in an 8-kilometer (5-mile) green belt comprising thousands of trees.

A native of the Yayvan village in the district of Hani, Ömer Gündoğan has planted more than 10,000 trees on the banks of Anbar Creek over the last 23 years.

The 42-year-old Gündoğan first decided to plant trees on the banks of the creek, which crosses a barren region, when he was grazing livestock as a youngster.

Despite the 8-kilometer distance to his village, and discouragement from his family and fellow villagers over poor soil quality, Gündoğan did not give up on his dream.

He bought some 10,000 mulberry, pine and willow saplings from Diyarbakır's famed Hevsel Gardens, and with his close entourage, helped them grow in his own garden over two decades and planted them on both banks of the stream.

Only 3,000 of the trees survived due to barren and sandy soil in the area. However, even this number was enough to provide a home for many animals including birds, and a cool shelter for people and campers in the region's hot summers, while turning Gündoğan into a local celebrity.

Although he later moved to downtown Diyarbakır, Gündoğan continued paying regular visits to his village, tending to his trees while planting additional saplings.

Speaking to Anadolu Agency (AA) on Tuesday, Gündoğan said that he used to feel upset due to the barren landscape around the stream when he was a child, adding that many people objected to him when he first planted saplings, while others made fun of him. "They did not believe in me. I always said 'if you tend to a tree, it will grow.' I planted my first sapling with enthusiasm and kept planting more, ignoring the mocking. It's been 23 years now, and I will continue planting trees as long as I live," he stated.

"Even after I moved to the city from my village, I haven't left my trees alone. They were always on my mind, wondering how they were. I used to come to my village by minibus on a 60-kilometer ride, walk 8 kilometers, water my trees, and return to the city the same day."

"Those who saw the trees grow and turn green, villagers who used to call me crazy, in time, started asking me with what kind of love have I grown these trees with," Gündoğan said, expressing his joy and pride for seeing families picnicking or birds chirping in the area.

Located ib the Mediterranean Basin, Turkey is among the countries that are expected to face climate change sooner and stricter compared to other parts of the world. The country recently stepped up efforts for forestation, declaring Nov. 11 as the "National Forestation Day" and conducting mass sapling planting events.