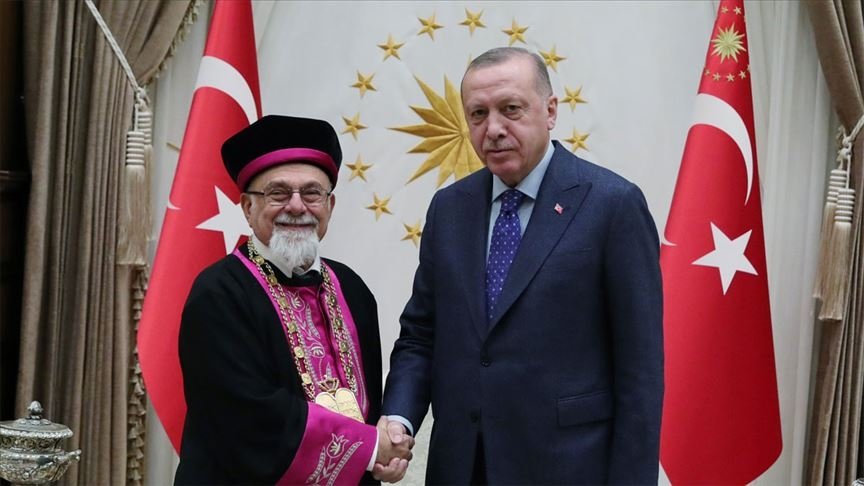 As Turkey's Jewish community marks Rosh Hashana, the Jewish New Year, President Recep Tayyip Erdoğan conveyed his best wishes. A message by Erdoğan was released by the Turkish Presidency's Communications Directorate on Monday, the beginning of the holiday that will be observed until Sept. 8.

Erdoğan emphasized that cultural, political and human diversity is a source of wealth that carries Turkey forward and strengthens unity and solidarity. He said Turkey had provided constitutional protection to its citizens’ freedom of faith and worship before many other countries. Despite rising cultural racism, hate speech and otherization across the region, Turkey is a "free country" where all faiths are openly observed, and opinions are freely expressed as long as they do not promote violence and terrorism, Erdoğan said.

He said reforms introduced over the past 19 years – the period of Justice and Development (AK) Party's government – have eliminated anti-democratic practices of the "eras of tutelage that used to restrict freedoms." "It is one of our main priorities that all the citizens of the Republic of Turkey, regardless of their religions, languages, races or origins, can lead their lives with peace, security and tranquillity. We believe that we, as people that have a shared past dating back centuries, will build a shared future as well," he said. Erdoğan stated that he appreciates the contributions made by Turkey's Jewish citizens for the development, strengthening and achievement of the country's goals. "With these thoughts in mind, I hope Rosh Hashana will bring health and welfare to all Jews, our citizens in particular, and convey my regards and greetings to them on this special day of theirs."

Rosh Hashana is the start of the seventh month of the Jewish calendar and is a time for contemplation and prayer for Jews, as well as an important holiday for the Jewish community. The community's traditions for celebrating the New Year, the year 5782 according to the Jewish calendar, include traditional family dinners where symbolic foods and fruits such as pomegranate and challah bread are served as well as apples dipped in honey. The New Year's onset is also marked with blowing the shofar, a hollowed-out ram's horn. For two days, Jewish community members observe traditional rituals and prayers in synagogues and their homes, as no work is permitted, like the weekly Sabbath. The Jewish New Year observation concludes on Yom Kippur, or the Jewish Day of Atonement, which takes place eight days after Rosh Hashana. Turkey's Jewish population stands at 20,000, according to unconfirmed figures. Most are descendants of Sephardic Jews expelled from Spain during the Spanish Inquisition who settled in the Ottoman Empire.