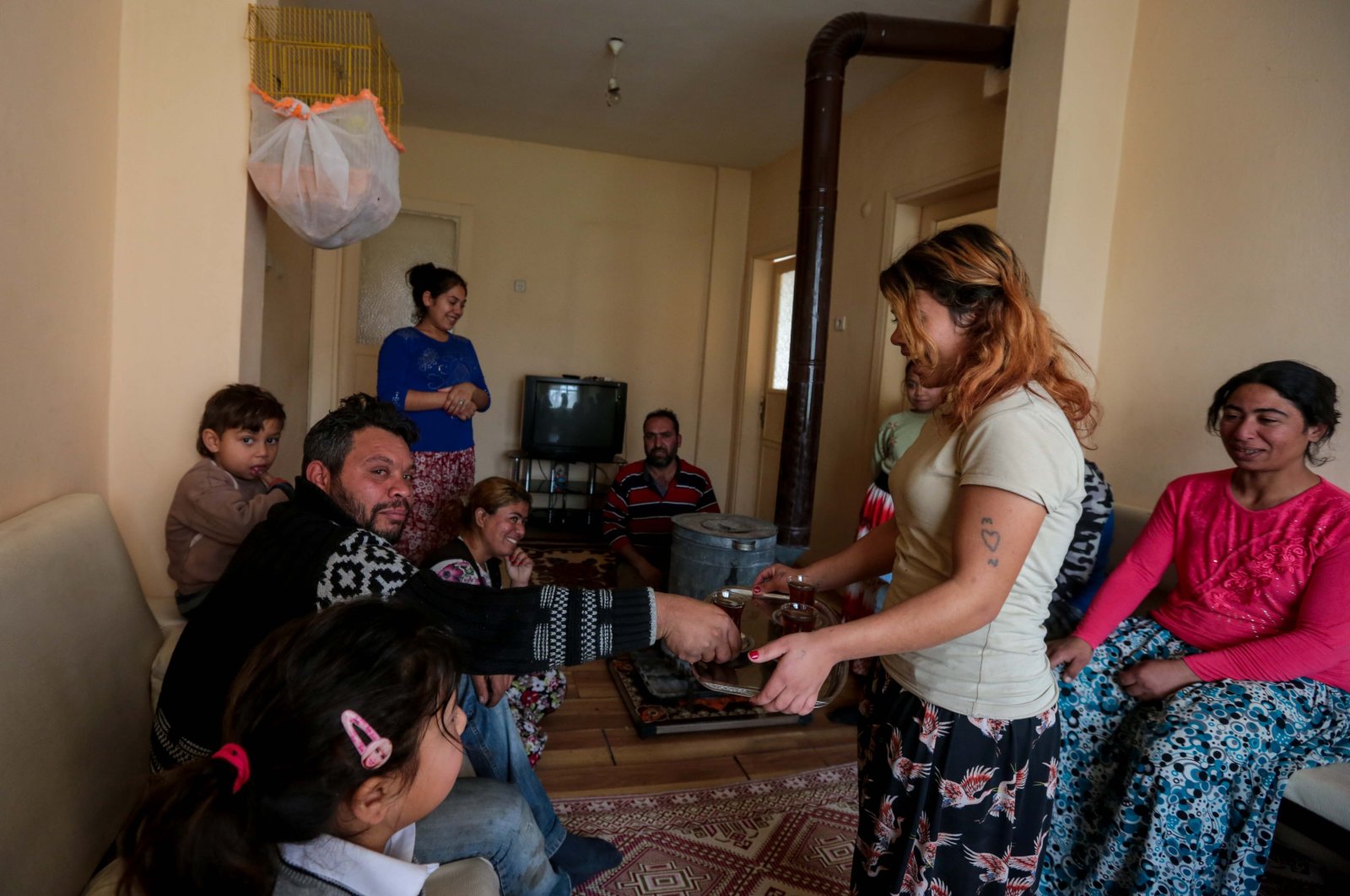 A Roma family in their new home built by public agencies and NGOs in the Sultanbeyli district, Istanbul, Turkey, May 9, 2019. (PHOTO BY UĞUR YILDIRIM)
by DAILY SABAH Jul 13, 2021 4:47 pm
RECOMMENDED

The Turkish government and European Union joined forces for a new project to improve the lives of the Roma community, which had long been deprived of their basic rights. The “Project to Install Efficient Observation, Evaluation and Coordination Mechanism for Roma Strategic Document” was introduced at an event in the Turkish capital Ankara Tuesday.

The project is being implemented by the Ministry of Family and Social Services and funded by the EU. Deputy Minister for Foreign Affairs and Director for EU Affairs Ambassador Faruk Kaymakçı attended the event along with other Turkish and EU officials.

It aims to “initiate observation and evaluation mechanisms, generate proof-based social policies and measure the quality of services, level of efficiency and utilization,” according to officials.

Kaymakçı said they wanted to successfully implement the “Second Phase of the Action Plan Regarding the Roma Citizens Strategy Document,” referring to a plan drafted by the government to improve the lives of Roma citizens. The first action plan was applied in 2016-2018 and the second phase encompasses 2019-2021. The government’s strategy consists of five “pillars” – Roma citizens’ right to education, employment, shelter, health care and social services. Olgun Gündüz, a Ministry of Family and Social Services official, said at the event that they were working to improve the living standards of the Roma people and to make permanent enhancements.

Underprivileged and living on the fringes of society, the Roma community faced exclusion from society in the past, amid deep-seated prejudice. In 2010, then-Prime Minister Recep Tayyip Erdoğan had issued a landmark apology to the community on behalf of the state for past policies ignoring their rights. It was followed by action plans for their better integration into society, through more schooling of Roma children, improvement of their employment through lifelong learning classes, incentives for self-employment as well as increased social aid for impoverished Roma families.

Surveys show education is a key component to helping improve the lives of Roma citizens. Most children have limited access to education and school attendance rates are low. Education is one of the challenges plaguing the community, which often avoids enrolling their children in schools due to discrimination or poverty, which often forces children to skip school to earn a living for their families.

Most Roma citizens work at low-level and low-paying jobs due to their limited access to education. The majority of the community is self-employed. The government has also sought to improve housing for the community, through cash assistance for home renovations and loans for the construction of new houses.