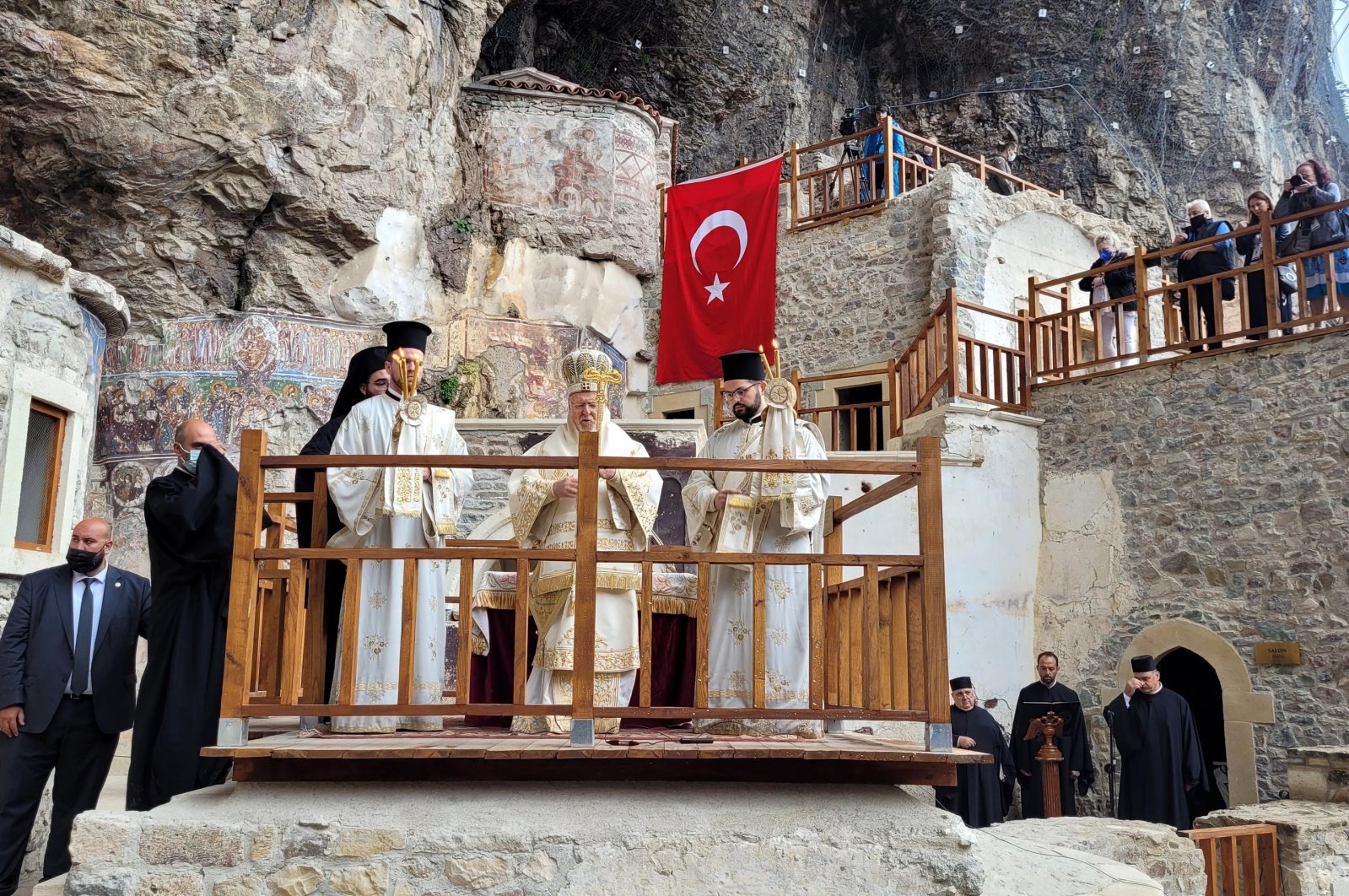 A small crowd of the Orthodox faithful, led by Fener Greek Orthodox Patriarch Bartholomew I, convened at the historic Sümela Monastery in the northern Turkish province of Trabzon Sunday for mass.

The religious service on the occasion of the Assumption of Mary, was a muted event due to the coronavirus pandemic. It was also the first time in six years that the 81-years-old Patriarch, who leads Orthodox churches spanning the globe, attended the mass, after he was forced to skip the service last year due to pandemic restrictions for the elderly.

Sümela, an iconic structure on the face of rocks in Altındere Valley in the town of Maçka, opened its doors for the faithful for the second time in two years for the mass. A small-scale mass was held for the first time in the venue last year, five years after its closure for a comprehensive restoration.

Turkish authorities had allowed the performance of religious services in the monastery after an 88-year hiatus, in 2010, for one day a year. But the monastery was closed for restoration and reinforcement work five years later as the unstable rocks on the steep hill threatened the area.

Patriarch Bartholomew I joined 42 prominent figures of the church, from Turkey, Russia, Greece and Georgia. “I am grateful to reunite with you after six years in this sacred place,” the patriarch told the crowd gathered at the monastery. Speaking after the mass, he said they prayed for victims of the COVID-19 pandemic and for survivors of forest fires in the south and floods in the Black Sea region where Trabzon is located.

“Sümela is a sacred place uniting us. It is not just a historic and touristic attraction. It is a spiritual symbol for Greek, Russian and Georgian Orthodox communities as a place dedicated to Mary,” he said.

The patriarch also expressed his gratitude to President Recep Tayyip Erdoğan for reopening the monastery for mass. “We are also grateful to everyone, from the Culture and Tourism Ministry officials, to workers, who worked on the restoration for six years, ensured longevity of the monastery, restored old frescoes and uncovered previously unknown parts of the monastery,” he said.