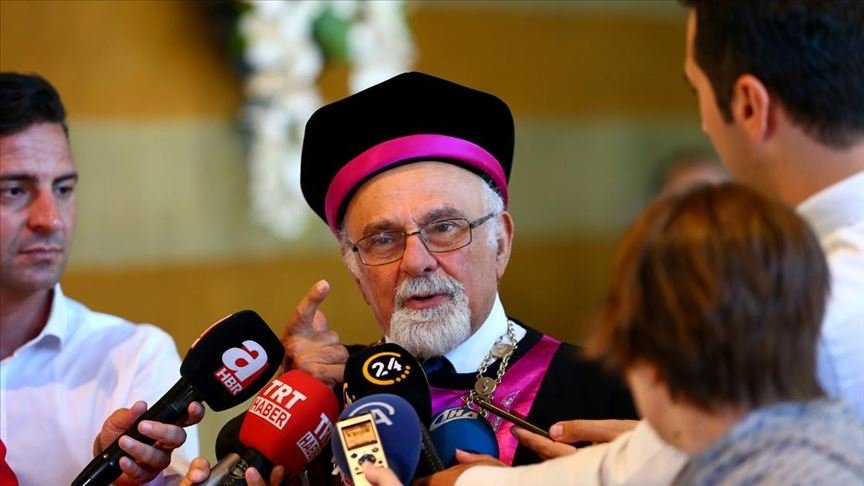 "We are following with great sorrow and concern the developments on the eve of Eid al-Fitr in Jerusalem, which is holy for all Abrahamic religions that we fully respect," a statement from Turkey's Chief Rabbinate said late Monday amid fresh Israeli attacks against Palestinians and Gaza Strip.

"We are praying for a peaceful Ramadan Bayram with spirit of solidarity," the Turkish Jewish community added.

Hundreds of Palestinian protesters were injured in attacks by the Israeli police in the flashpoint Jerusalem holy site, Al-Aqsa Mosque on Monday after days of raids and attacks against peaceful worshippers during the month of Ramadan.

Fifty of the injured were taken to hospitals, a medical source told Anadolu Agency (AA) Monday.

Israeli security forces fired rubber bullets, tear gas and stun grenades, wounding hundreds ahead of a rally to celebrate "Jerusalem Day," commemorating the 1967 Six-Day War. The protesters retaliated by throwing stones and other objects at the police. Palestinians reported stun grenades fired into the mosque compound, with dozens injured.

Since Friday, the police have been constantly attacking Palestinian worshippers in the mosque, amounting to almost 300 injured over the weekend. Most of the injuries were caused by rubber bullets fired by Israeli police, the Palestinian Red Crescent reported.

Tensions in Jerusalem have soared in recent weeks as Palestinians have protested against Israel's restrictions on access to parts of the Old City during the Islamic holy month of Ramadan, and after authorities ordered several Palestinian families to leave their homes to make way for Israeli settlers.