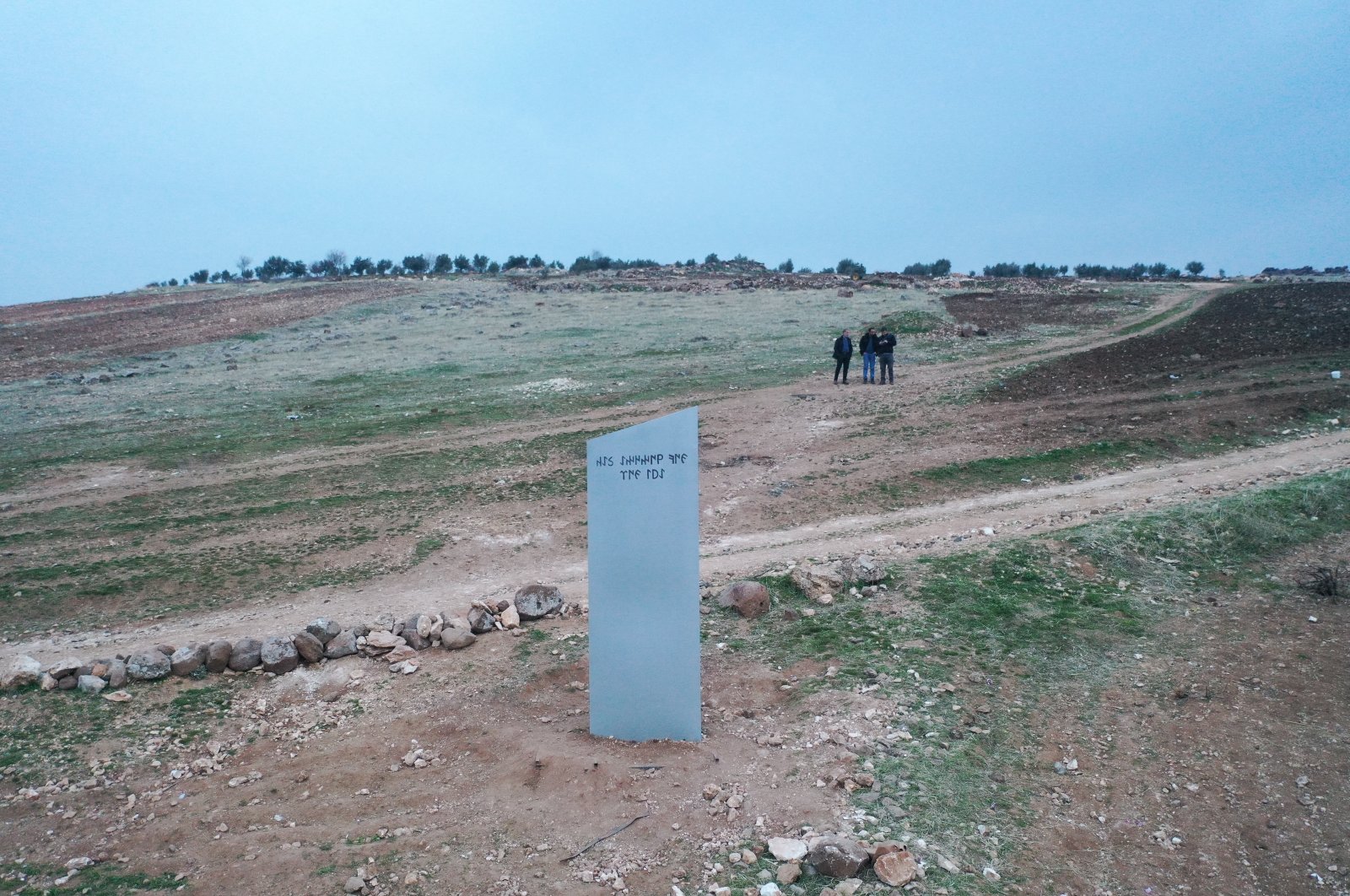 Just four days after it appeared near Göbeklitepe, home to the site of the world’s oldest temple, a metal slab, apparently inspired by the mysterious monolith trend emerging around the world, inexplicably vanished. Bewildered locals in the rural southeastern province of Şanlıurfa have been left dumbfounded as to how the monolith was moved and where it could be now.

A three-by-one-meter metal block was discovered by locals in a field in the rural neighborhood of Örencik on Feb. 5. Security forces who were alerted to the find had cordoned off the monolith and launched an investigation. Language experts were called in to translate the unfamiliar inscription engraved on the structure which read: “Look at the sky, you will see the moon” in Göktürk, an old Turkic alphabet which gained popularity in Turkey in recent years thanks to historical TV dramas and growing interest in the Turks' ancient history.

Fuat Demirdil, whose field the mysterious monolith was found in, told reporters that he had no clue how the block arrived or left. “I don’t know the reason but I think it might have something to do with some marketing campaign. But we are not certain,” he said. Users on social media have speculated that the mystery is a publicity stunt for the Netflix series, "Atiye," which focuses on Göbeklitepe. Coincidentally, Turkey unveiled its “national space program” the day the monolith disappeared.

Hasan Yıldız, another local curious about the whereabouts of the block, noted the positive impacts of the monolith being planted in the region. “This helped more people to get to know our neighborhood Örencik,” he said. Indeed, according to locals, people from all over the country have traveled to the area to see the metal block with their own eyes.