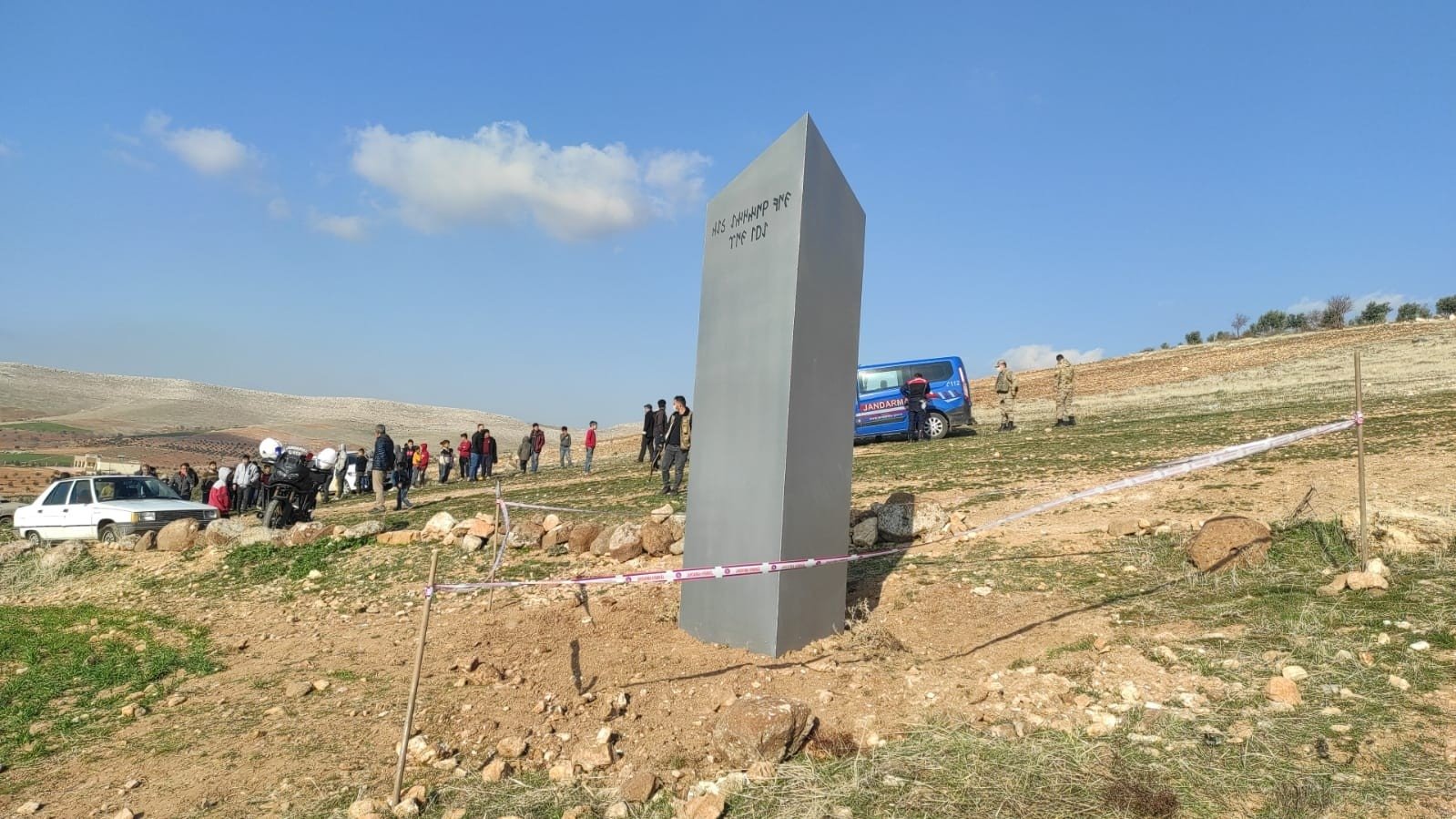 A 3-meter-tall (9.8-foot-tall) metal slab, resembling mysterious monoliths that have been popping up in several locations around the world, has now appeared near Göbeklitepe, home to the world’s oldest temple site, in Turkey's southeastern province of Şanlıurfa.

Security forces rushed to the area on Friday when locals in a nearby village alerted them to the monolith, which is much smaller than its counterparts found abroad. Gendarmerie troops cordoned off the area, an empty lot, and brought in experts from the local culture and tourism authorities. Experts said the inscription on the slab, which was only 45 centimeters (17.7 inches) wide, was in the ancient Göktürk alphabet and meant “Look at the sky if you want to see the Moon.”

An investigation is underway to find out who installed the metal slab in the middle of the empty land.

The monolith craze began in November 2020 when the first monolith, which was strikingly similar to the one in the sci-fi classic “2001: A Space Odyssey,” appeared in a desert in the U.S. state of Utah. Similar objects turned up in unlikely places, from Romania to Canada. Theories about who made and installed mysterious monoliths often point to extraterrestrial beings, but more often than not, the monoliths have been found to be the work of local artists paying tribute to the sci-fi film. The origin of other monoliths remains unknown while rumors on social media claim they might be part of a marketing campaign for a show on a streaming service.