Nature makes a comeback after fires in Turkey's Marmaris 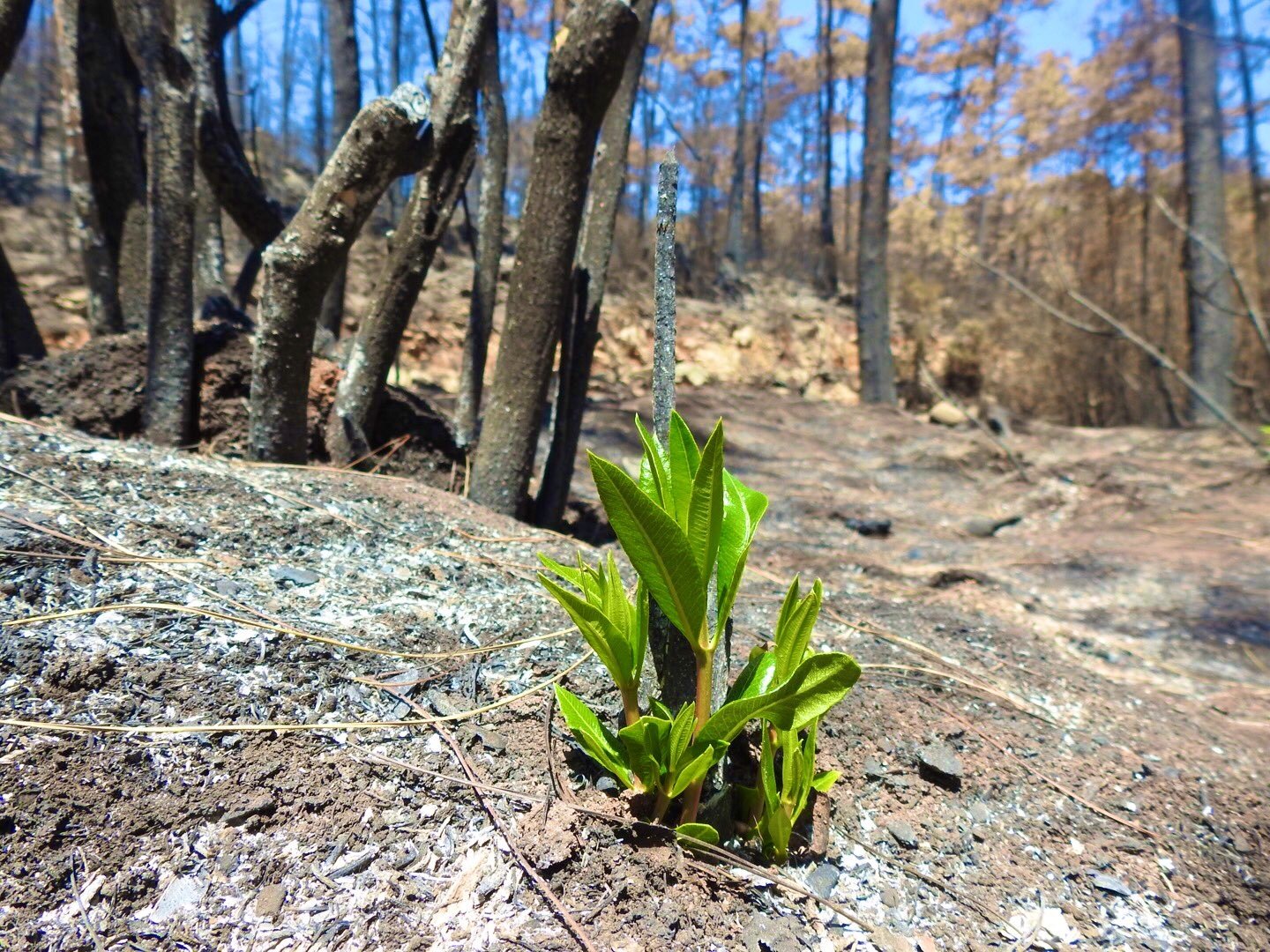 Only a few weeks after wildfires devastated large swathes of land in southern Turkey, nature has already begun the renewal process. Flowers are blossoming again, along with shrubbery sprouting up around Marmaris, a vacation resort town in the southwestern province of Muğla, where blazes scorched the earth and turned countless trees into ash.

Biologist Yasin Ilemin, a wildlife expert, photographed the regrowth of burnt areas in the Marmaris district and the birds starting to return to the region. Speaking to Anadolu Agency (AA), Ilemin, who is also a lecturer at Muğla Sıtkı Koçman University, said he was researching in the field to investigate the impact of fire on wildlife. He explained that saw some areas become green again during this examination and that he began hearing bird songs in the region. The latter caused him to remark, "The regrowth of the burnt areas also made animals living in this area happy."

Ilemin, who shared the photos he took on his social media account with the message "I have good news for you,” also conveyed his observations to his followers. Noting that almost three weeks have passed since the fires, he made the following statements in his post: "The species, especially vitex [agnus-castus], Indian sandalwood, shoots out from under the ground and turns green again. There are pinus brutia seeds naturally spread around. They are waiting impatiently for the first rains."

The General Directorate of Forestry will leave most of the places in their natural state and, if necessary, reforest them with minimal intervention.

Turkey saw hundreds of forest fires erupt in its southern and southwestern provinces from July 28. With intensive and dedicated efforts, all of the blazes were brought under control in just over two weeks. At least eight deaths were reported, including one in Marmaris, according to official figures.