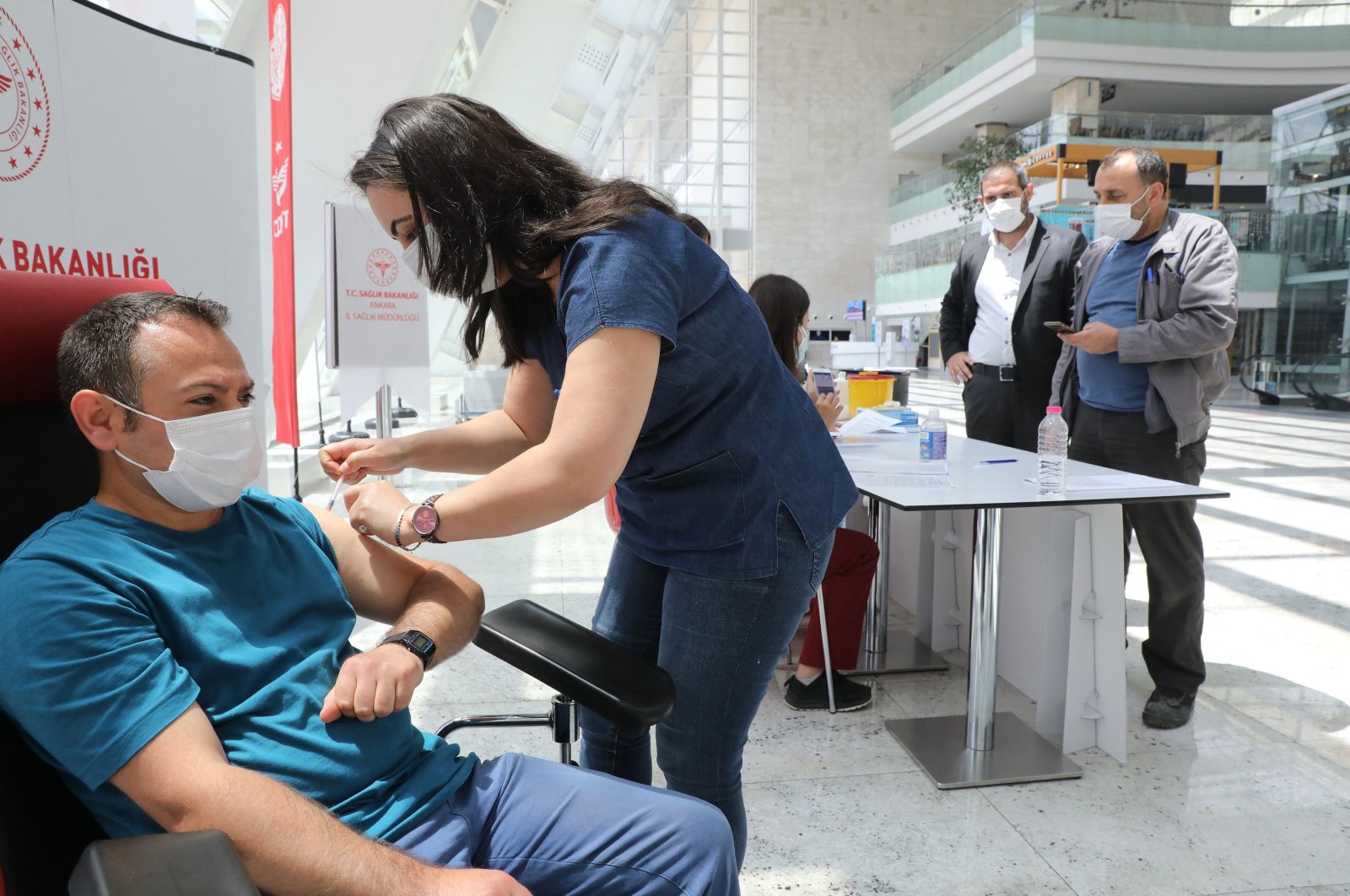 The number of COVID-19 vaccine doses administered in Turkey over the past day has reached 877,335, according to official figures released Tuesday.

The country has administered over 59.5 million vaccine doses since it launched a mass vaccination campaign in January, according to the Health Ministry.  More than 38.2 million people have received their first doses, while over 18.02 million got their second dose.

To date, 61.56% of the country's adult population has received at least one vaccine dose.

The ministry also confirmed 6,285 new coronavirus infections and 46 deaths in the last 24 hours, while as many as 5,162 more patients recovered.

The Turkish health minister also announced the latest weekly infection rates for COVID-19 across the country's 81 provinces. Sharing the data for July 3 to July 9 on Twitter, Fahrettin Koca urged people to get vaccinated.

Amid a nationwide fall in virus cases and an expedited vaccination drive, Turkey has entered a new normalization phase, lifting almost all virus-related restrictions. However, seeking to limit the spread of the delta variant of the virus, the country has suspended flights from Bangladesh, Brazil, South Africa, India, Nepal and Sri Lanka. Meanwhile, passengers from the United Kingdom, Iran, Egypt and Singapore are required to have a negative COVID-19 test result taken within 72 hours prior to their flight.