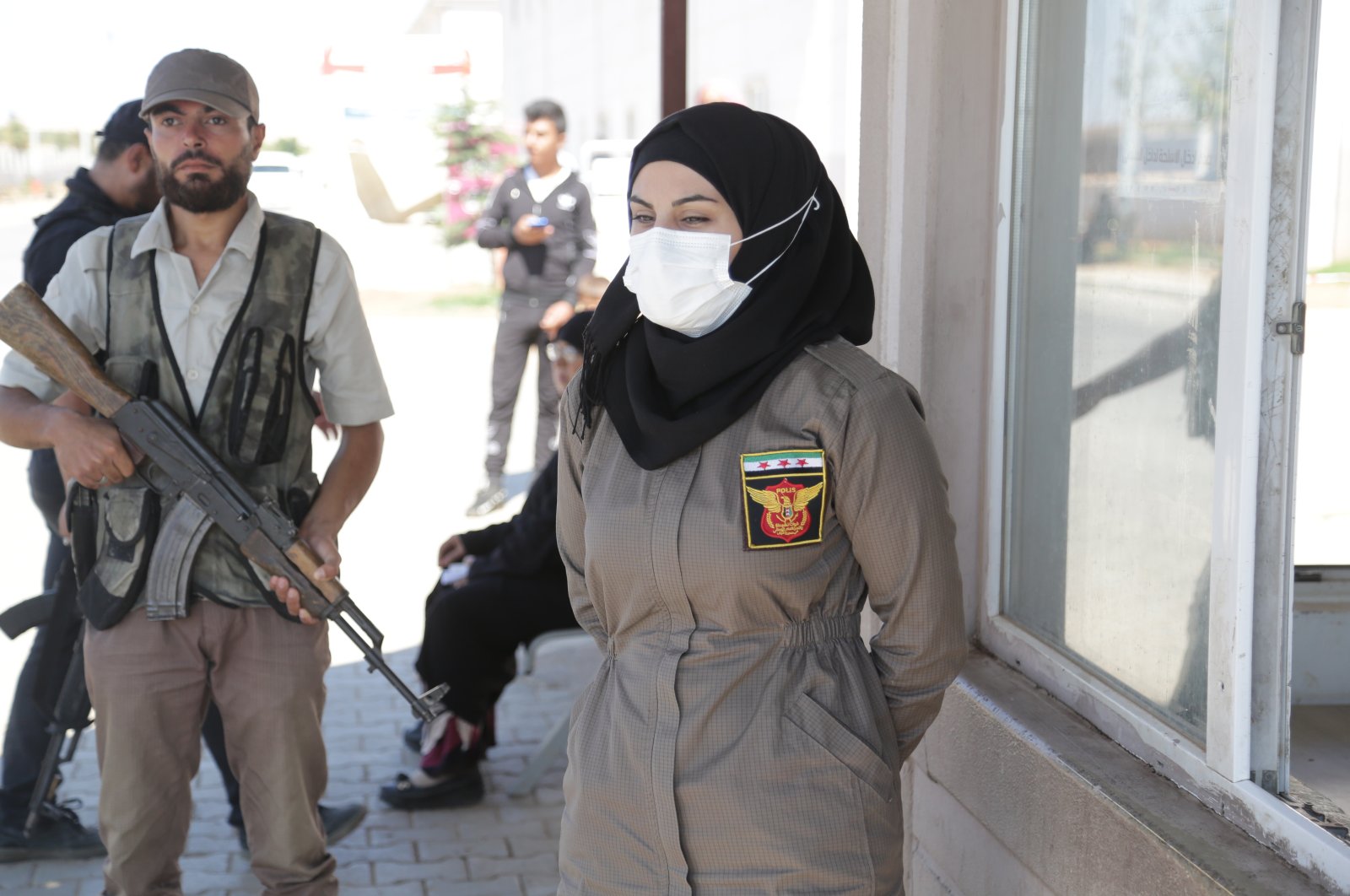 Policewomen assigned to northern Syrian towns cleared of terrorists by Turkey’s operations Euphrates Shield and Olive Branch maintain law and order in the region in association with male counterparts. Trained by Turkey, their work is a highlight of efforts to boost women’s standing in liberated areas.

Since 2017, women have become an integral part of fledgling police forces in the northern towns. Currently, some 1,000 women, who underwent a six-month training supported by Turkey, work in al-Bab, Azaz, Jarablus and Afrin, which were once ruled by the terrorist groups Daesh and the YPG, the Syrian offshoot of the terrorist group PKK. Their work varies, from routine patrols to staffing the checkpoints and administrative tasks. They say they have found tremendous support from the public.

35-year-old Fatima Muhammad, who lost her husband and son in an attack by the regime forces, joined the law enforcement ranks two years ago. Muhammad took shelter in al-Bab after leaving Homs, where her family lived under the blockade of the regime. When she lost them, she migrated to the country’s north.

“I had no one here and was looking for a job. When I learned about police training, I applied,” she told Anadolu Agency (AA) on Tuesday, recounting her decision to join law enforcement. “I am proud to be a part of the police. Women here work in several capacities in the police force. We serve at checkpoints, searching the women passersby."

Along with military operations, Turkey has contributed to the region's stability and welfare in other ways. The country is the main donor to efforts to rebuild infrastructure wracked by war, spearheading the construction of schools and hospitals in areas located right across the Turkish side of the border with Syria. Thanks to Ankara's efforts, Syrians from liberated areas are returning there after having spent the past decade elsewhere as they fled the attacks by regime forces and terrorist groups.