Rare ancient coin worth $1M seized from smugglers in Turkey 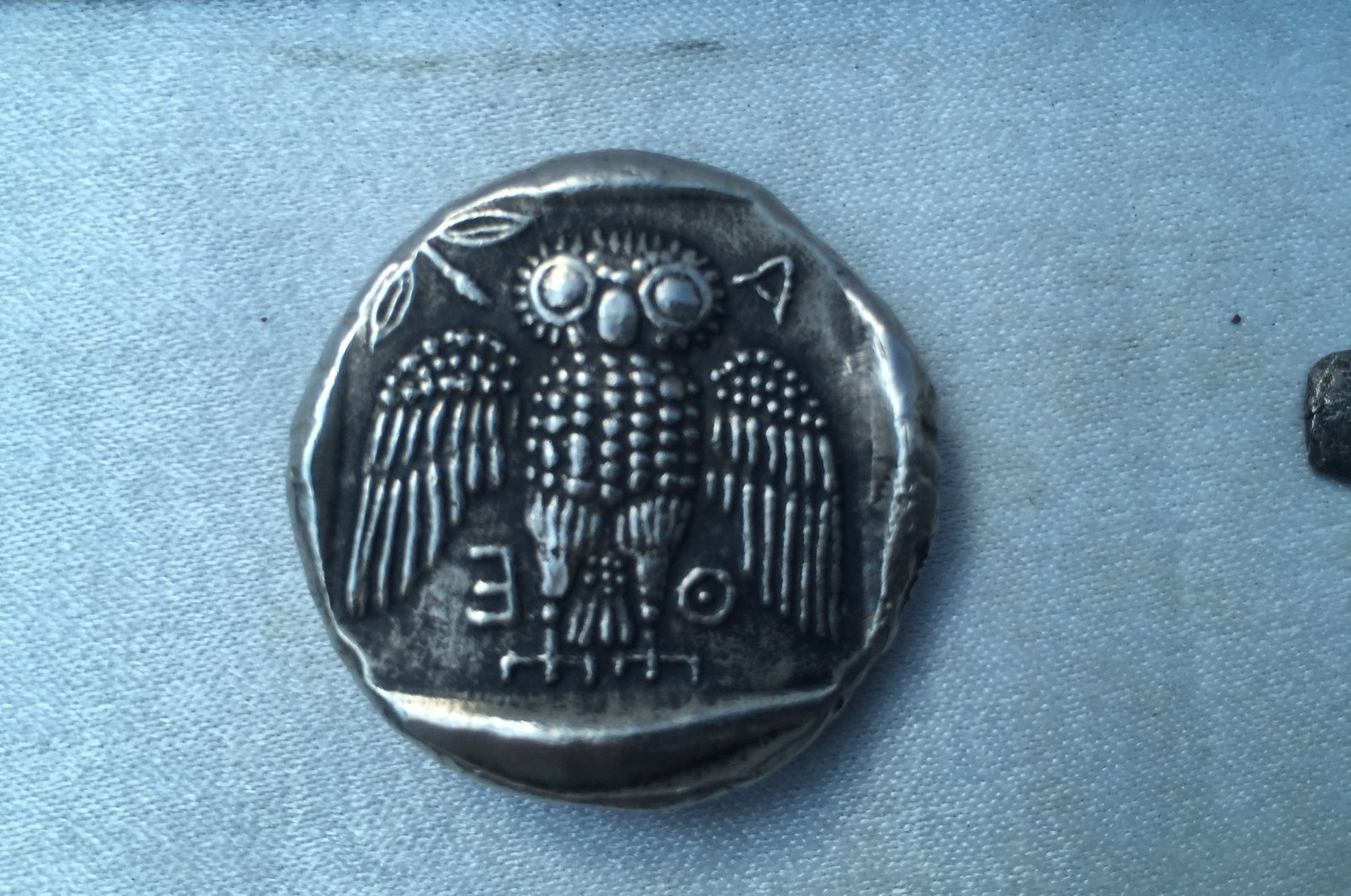 As a result of the operations conducted against historical artifact smugglers in 30 cities including Adana, authorities have found an extremely rare coin. It is reported that there are only 40 of these rare coins in the whole world, each worth $1 million (TL 8.55 million). The coin dates back to ancient Greek times and is called the “Athens Dekadrachm.” The coin was retrieved in an operation conducted in a house in the southern province of Hatay.

The silver coin was minted between 467-465 B.C. and is among the most sought-after ancient coins by collectors. It has a figure of Greek goddess Athena on one side and an owl on the other. Weighing 42.5 grams and a worth $1 million, the coin is known as “Athens Dekadrachm.” The coin is also listed on Harlan Berk’s “Top 100 ancient coins list.”

Following the demonstration of the coins at the police headquarters, the officers handed over the coins to the museum. Thirty-six of the 78 suspects were released following questioning while the others are still being interrogated. As part of the operation carried out on Tuesday, security forces aided by history experts reviewed catalogs of auction houses all over the world to track down the stolen and smuggled artifacts. Some 4,122 historical artifacts have been recovered from Croatia, Serbia, Bulgaria and Turkey in four different operations conducted against the international smuggling organization.

The organization transported the artifacts to the U.S. and Europe via couriers and the artifacts were sold there in auctions, according to investigators. The Ministry of Culture and Tourism has identified 52 artifacts sold in auctions that were of Anatolian origin and belonged to Turkey.

According to the authorities, some artifacts sold in auction houses had “fake ownership documents” and the managers of such auction houses transferred TL 26 million ($3 million) in foreign currency to the smugglers.