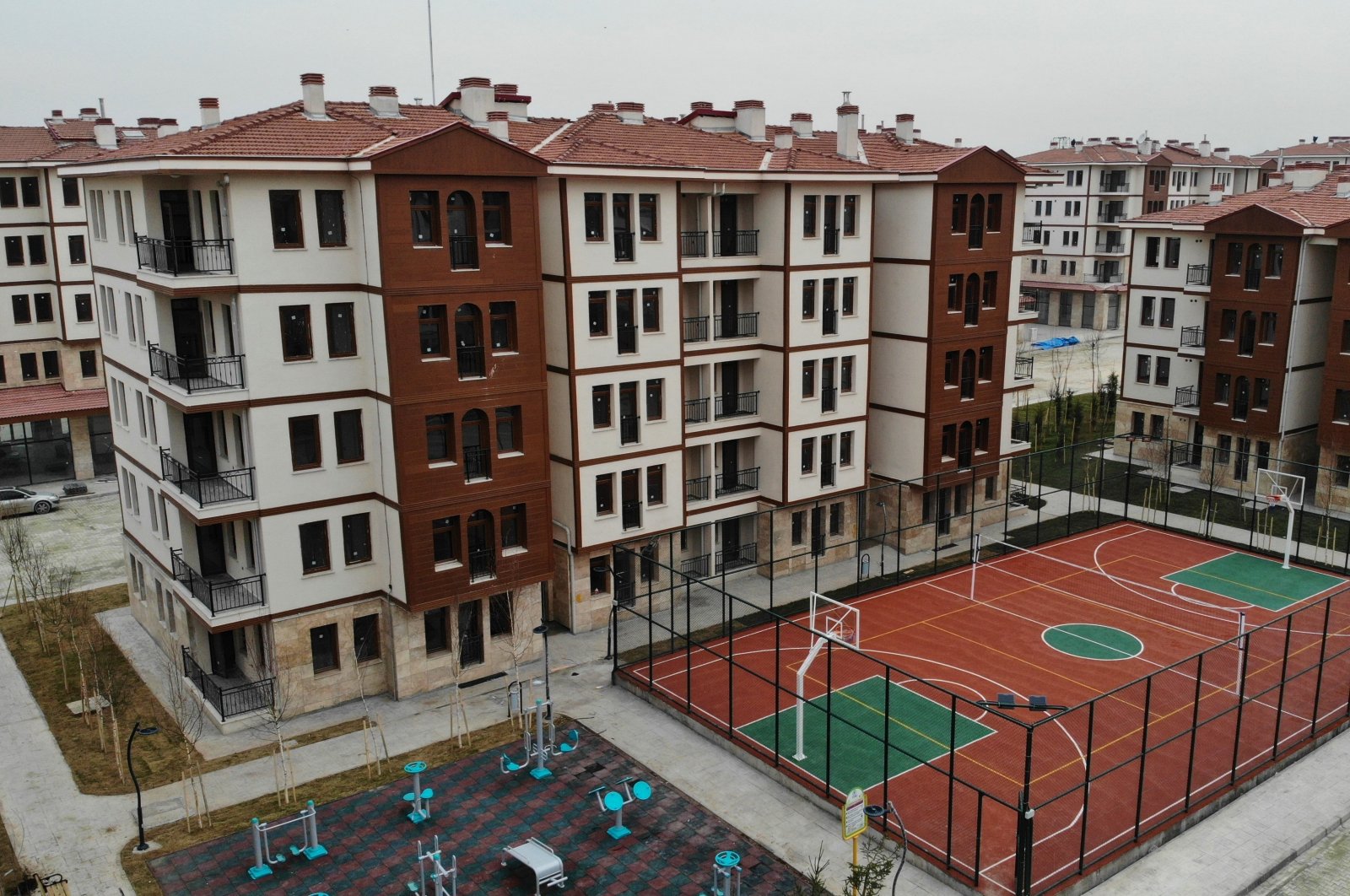 Exactly one year after a devastating earthquake flattened buildings in the eastern province of Elazığ, residents are settling into their new homes. President Recep Tayyip Erdoğan personally handed the keys to the 8,000th apartment rebuilt in the province to its owner Monday.

Forty-one people were killed when the 6.8 magnitude earthquake hit Elazığ and Malatya provinces. The epicenter was the Sivrice district of Elazığ. Hundreds of houses were either heavily damaged or razed to the ground by the strong temblor. Overall, the disaster led to the collapse of 58 buildings and caused critical structural damage in 428 buildings in Elazığ. In neighboring Malatya, 315 buildings were destroyed, mostly small houses in rural parts of the province.

The government launched a reconstruction drive in the aftermath of the disaster. Out of 20,118 housing units scheduled to be rebuilt, 8,000 have been completed. Most survivors welcomed the new year in their new residences, some without their loved ones, ahead of the Jan. 24 anniversary of the worst earthquake ever to hit the province of nearly 600,000 people.

Constructed by the Housing Development Administration of Turkey (TOKI), the residences have five floors at most, in line with the country’s efforts to curb the number of floors as a precaution against future disasters. Survivors have been settling into their new residences for the past few months. Along with residences in the central, urban part of Elazığ, TOKI is building 1,015 smaller residences in rural areas hit by the earthquake. Officials say 20% of the construction in 300 villages has been completed. Elsewhere, the government is rebuilding 35 new schools to replace heavily damaged buildings.

Aziz Demirelli is one of the residents whose home was heavily damaged in the January 2020 earthquake. “We became homeless overnight and were thinking where we’d go,” Demirelli told Anadolu Agency (AA), speaking in his new home in the Karşıyaka neighborhood on the anniversary of the earthquake. “The state supported us and it took less than a year to move into our new home. May Allah bless them. Our former home was rather old and this new one is really perfect,” he said.

“We thought we were desperate after the earthquake,” said Güleç Çimen, whose house was demolished due to heavy damage after the earthquake. “The state first gave us rental support for one year and then helped us move into our new home. My former home was old. Its balcony was creaking. We had only a stove for heating. These newly built houses have all the comforts, from (central heating) to elevators. They are also resistant to earthquakes. We feel very comfortable now,” he said.

Elazığ is still wary of earthquakes, and for good reason, given Turkey sits on a number of active fault lines. Dozens of earthquakes, although at magnitudes that do not inflict casualties or damage, happen every day all across the country. The last major earthquake and deadliest in years was in the western province of Izmir. In that earthquake, on Oct. 30, 2020, 117 people were killed and 1,032 others were injured.