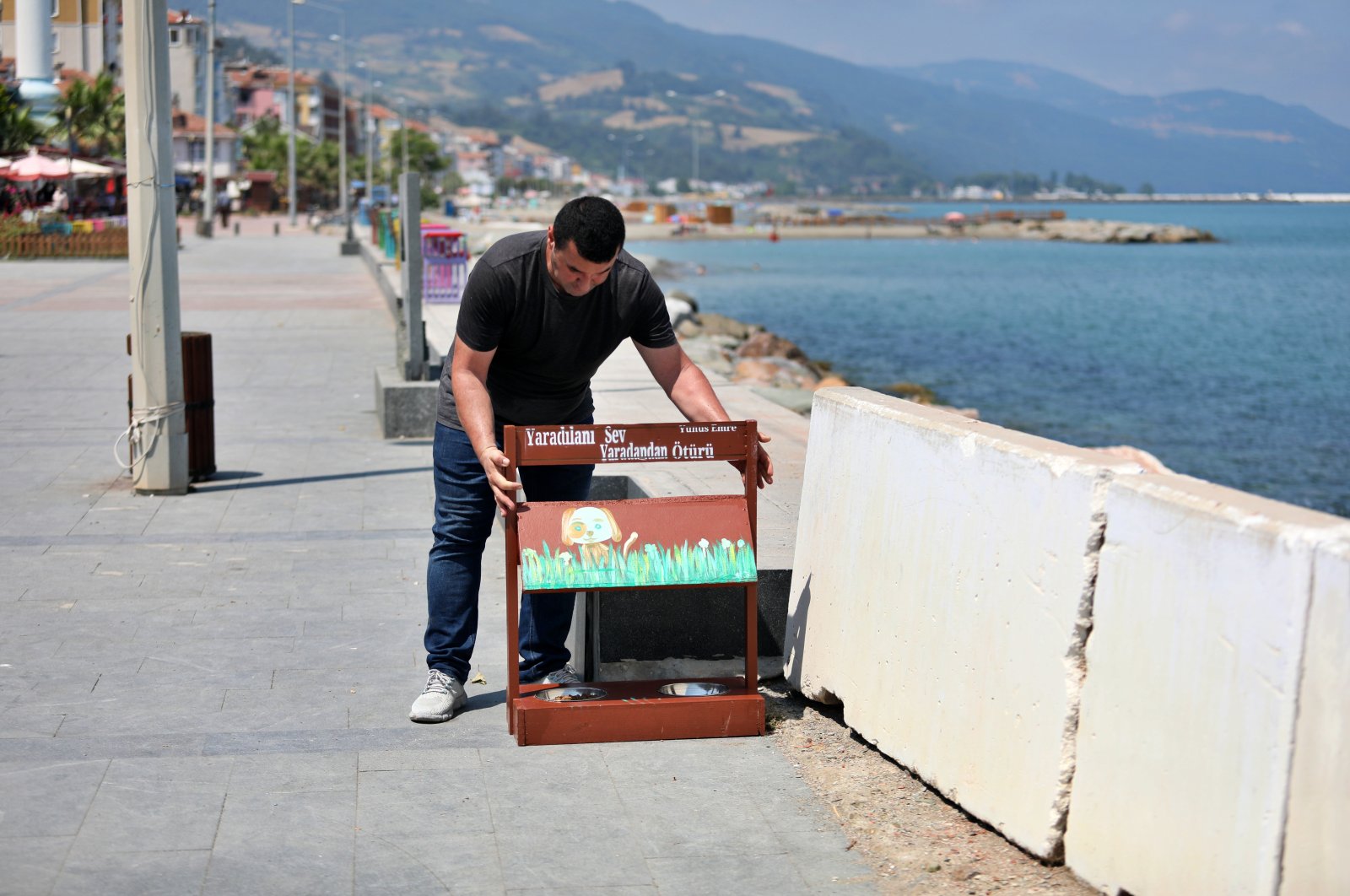 A district in the northern Turkish province of Samsun has found a new use for the blackboards that have been replaced with smart boards at schools.

The wooden blackboards are converted into feeders for stray animals by carpenters in Yakakent. So far, 15 feeders, filled with food and water for cats and dogs, have been built and placed at various locations across the district. The project is the brainchild of the district governorate, which was looking for ways to use the blackboards no longer needed by schools since the introduction of digital boards.

The recycled blackboards are adorned with a quote from famed folk poet Yunus Emre: “We love the Created, for the sake of Creator.” Yakakent Governor Fatih Eroğlu told Anadolu Agency (AA) that the blackboards had been repainted and decorated with motifs of cats, dogs and flowers. “We place them outside schools, public spaces, mosques and other places. We also assigned workers to regularly check food and water in the feeders. A quote from Yunus Emre was engraved on them, as this is Yunus Emre Year in Turkey,” he said.

Eroğlu said their work falls under a new animal welfare law that delegates responsibilities to local administrations for the protection of animals. He said food and water were being supplied by animal lovers. Özlem Köker, a local, said she was thrilled to see the new feeders for animals. “We are grateful to the people who came up with this. People should take care of animals just like they take care of each other. We share the same world with them,” she said.

Turkey is a haven for stray animals, as they hold a special place in society and have been cared for by citizens for centuries. Even during the ongoing coronavirus pandemic, which forced authorities to impose curfews up until June, people were allowed to go out to feed stray cats and dogs.