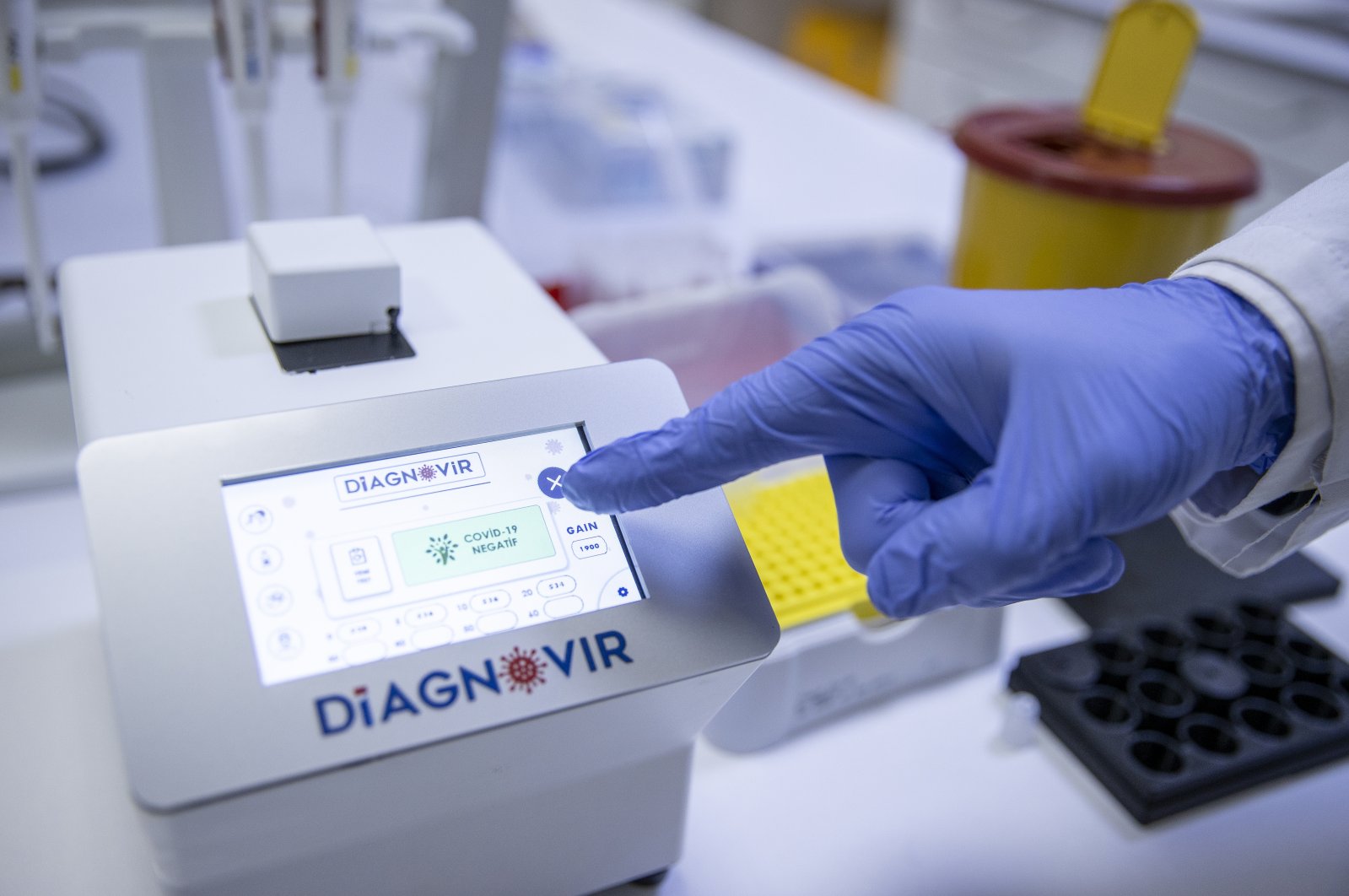 The system called “Diagnovir” stands out for producing 99% reliable results in just 10 seconds, eliminating the need for nose swabs used in PCR tests and giving accurate results even in the first phases of the disease. Scientists applied for an international patent for the nanotechnology-based system and are now working on mass production.

“This is an entirely locally made system and a unique technology,” professor Abdullah Atalar, rector of Bilkent University, said. A group of scientists at the university’s National Nanotechnology Research Center (UNAM) developed this technology. The research center is also working on other projects to help the fight against the coronavirus outbreak.

“The coronavirus is a particle with a diameter of 150 nanometers and at UNAM, we have researchers who have been working on nanoparticles for years. This is exactly their field of expertise. After the first cases were reported in Turkey, they started working on the project,” Atalar said. The device gives fast results for positive cases, but researchers say it takes a bit longer to detect negative results.

Associate professor Bülend Ortaç, a senior researcher working on the project, says phase 2 studies of the system produced highly accurate results. “This is a biosensor system consisting of a fast diagnosis kit working with mouth swabs and an optical mechanism. PCR tests have a high ratio of error and can give accurate results two to three days after the onset of the disease. Our system decreases it to seconds and can give results in the early stage of the disease,” Ortaç said. He added that it would likely take another two months to start mass production, after receiving approvals from health authorities in Turkey. Ali Aytaç Seymen, another researcher at the project said one of the upsides of the system is that it only uses mouth swabs, eliminating the need for uncomfortable nose swabs.

“A pathogen detecting chip is used for the device, dynamically receiving fluorescent signals and helping detect pathogens within seconds. A sample from the patient is mixed with a special solution and dropped on the chip. Biosensors detect any pathogens with high accuracy. It focuses on the existence or nonexistence of the virus using advanced optical methods, rather than multiplying samples to find it as is the case in PCR tests. Optical and electronic modules and high-level biotechnology are used for accuracy and detection,” Seymen said.