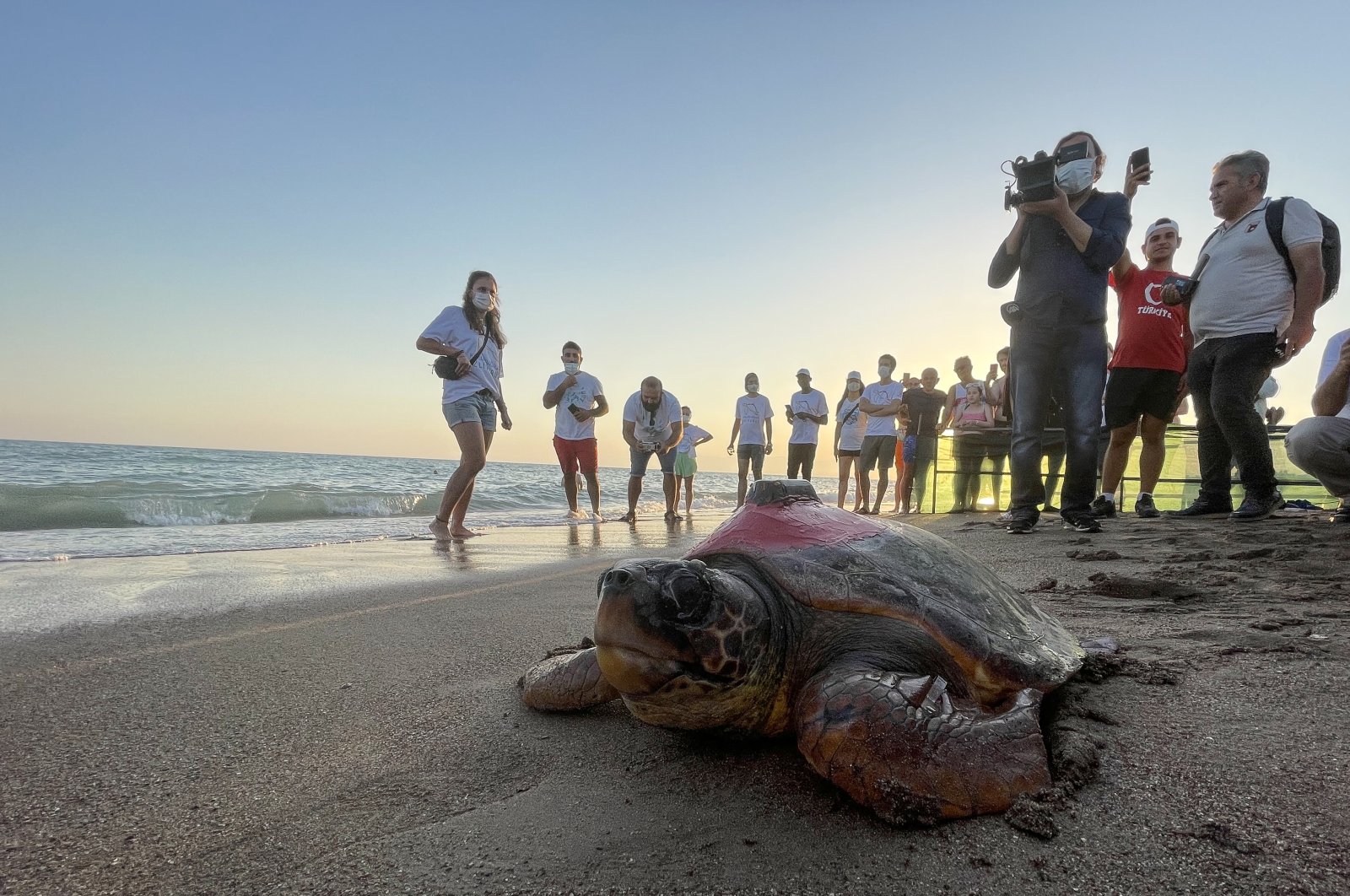 Fitted with a tracking device and released into the sea from the Turkish coast two years ago, “Tuba,” as her trackers call her, has proven to be an enthusiastic tourist. Satellite tracking of the loggerhead sea turtle, a species also known as Caretta caretta, shows the middle-aged animal dropped by seven countries littoral to the Mediterranean Sea, covering a distance of 12,000 kilometers (7,456 miles).

The animal, believed to be between the age of 25 and 30, was under the care of academics and activists at the Sea Turtle Search, Rescue and Rehabilitation Center (DEKAMER) in Dalyan, a southwestern district of the Turkish province of Muğla, which is an important breeding ground for turtles. She was among the first turtles to be fitted with a tracking device attached to her shell and has the distinction of being the turtle that staff at DEKAMER monitored for the longest period of time. The center’s website allows live tracking of the animal on a map.

Tuba's journey took her to Greece, Italy, Bosnia-Herzegovina, Albania, Montenegro, Croatia and Malta. It appears that she is traveling in a rough circle across Adriatic. So far, she has not returned to Turkey.

Doğan Sözbilen, scientific coordinator at DEKAMER, said the sea is a long-term home but also the biggest threat to sea turtles, an endangered species. The center tracks them from their nesting ground on Turkish shores throughout their journey across the Mediterranean. Recently, three loggerhead turtles and a green sea turtle were fitted with tracking devices. Overall, the number of monitored turtles stands at 18, although the total will reach 63 this year, he told Anadolu Agency (AA) on Thursday.

Monitoring turtles provides researchers insights about their habits, from their feeding grounds to potential challenges they face in reaching that feeding ground as well as their migration route.

Sözbilen said they were pleased with the publicity Tuba received, pointing out the more than 5 million views of the live mapping of her journey, which raised awareness about the state of loggerhead sea turtles. “Some turtles disappear from the tracking system sometimes within two months and with Tuba, it has been two years. Turtles usually return to their nesting ground every two or three years. If she can return here and if the battery of the device does not die, her travel route will give us valuable insight,” he said. He also highlighted that Tuba stood out among other turtles as she preferred open water over swimming near the coast.