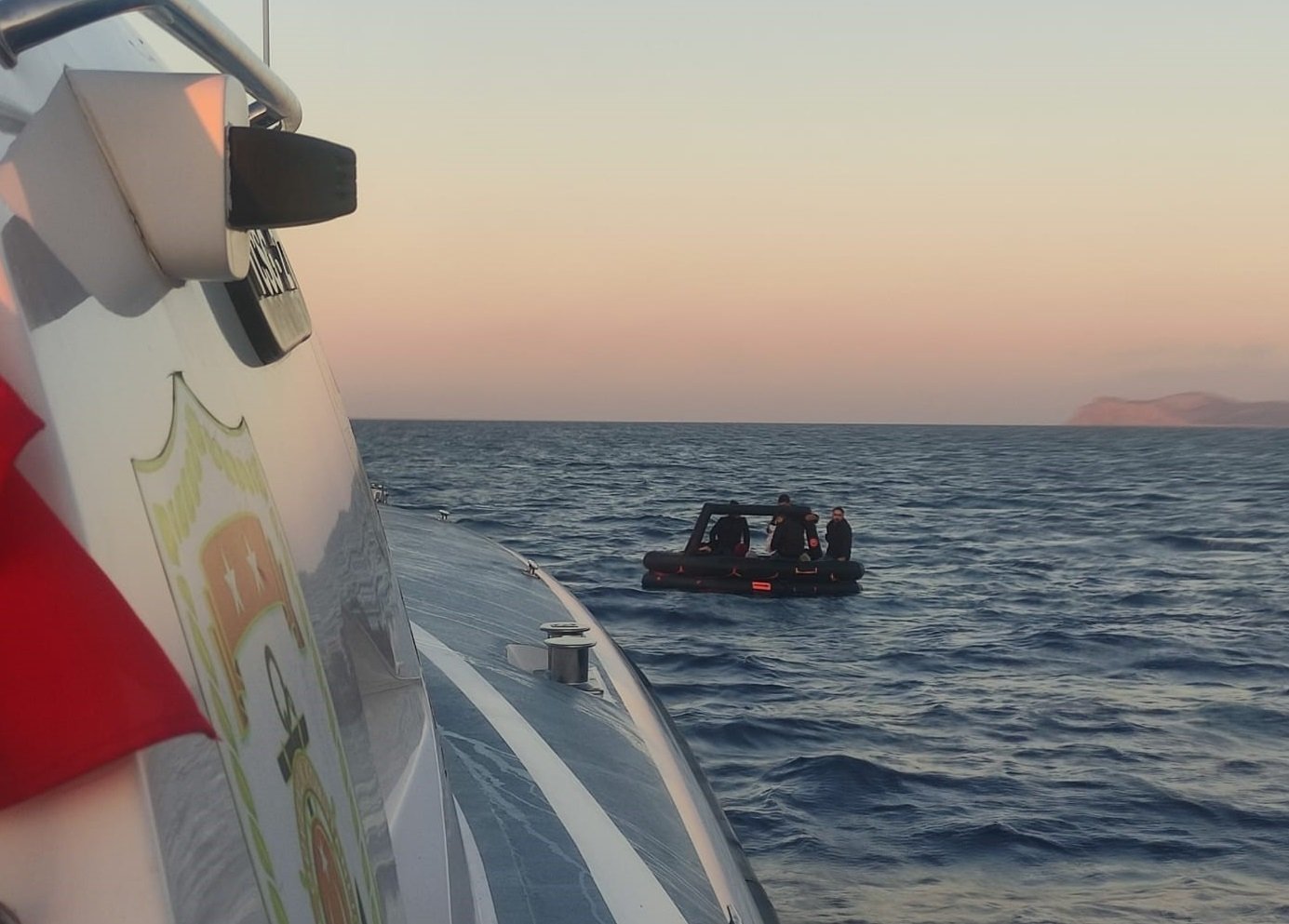 Within the scope of battling irregular migration, security forces on Thursday caught 144 irregular migrants and five human smugglers in the country's western provinces.

The country, which already hosts 4 million refugees, more than any other in the world, is implementing new security measures on its borders to prevent a fresh influx of migrants.

In Afyonkarahisar, teams launched a search operation after receiving intelligence that migrants were entering the province.

As many as 99 irregular migrants, 22 of whom were children of Pakistani and Bangladeshi nationals, were found in three minibuses.

The security forces confiscated the vehicles and TL 20,165 (about $2,000) worth of cash, a fee apparently charged by the smugglers.

The smugglers were arrested while the migrants were sent to provincial migration authorities.

In a separate operation, 45 migrants were rescued off the country's western coast, the Turkish Coast Guard Command shared.

Another 12 irregular migrants were rescued after being pushed back by Greek forces to Turkish territorial waters in the Datça district.

In a new report, the EU's Fundamental Rights Agency (FRA) revealed that migrants at EU borders still face difficult conditions and continue to have their rights violated in detention and reception centers. The report also noted that pushing migrants back to Turkey has become Greece's de facto border policy and that torture, ill-treatment and pushbacks continue.

Pushbacks have no place in EU

Illegal pushbacks should not happen in the EU, the chair of the European Parliament's Civil Liberties Committee said after visiting Greece.

"Illegal pushbacks must not happen in the European Union, they have no place in the EU law," Juan Fernando Lopez Aguilar told reporters at a joint news conference with Greek Minister of Migration and Asylum Notis Mitarachi.

A seven-member delegation from the European Parliament's Civil Liberties Committee spent three days in Athens and the island of Samos to examine the conditions migrants and asylum-seekers are being subjected to on the ground.

The EU lawmakers held talks with Greek authorities, representatives of EU institutions and agencies, as well as NGOs and international organizations.

The visit came after reports of dire conditions at Greek camps housing asylum-seekers and systematic pushbacks that violate EU and international humanitarian law.

Lopez Aguilar admitted that the issues of illegal pushbacks and human rights violations were raised at all of their meetings with stakeholders, and stressed that all allegations had to be investigated.

"EU member states have to protect the external borders with full respect of fundamental rights of those seeking for international protection in the European Union, and Greece does exactly that," the Greek minister said.

The EU lawmaker called for the European Commission to better monitor EU member states' compliance with fundamental rights when they protect the bloc's external borders.

"We strongly demand and request from FRONTEX to be at the height of its full compliance of the mandate, impeding fundamental rights," Lopez Aguilar added, referring to the allegations that the European Border and Coast Guard Agency had been complicit in maritime pushback operations to drive away migrants attempting to enter the EU via Greek waters.