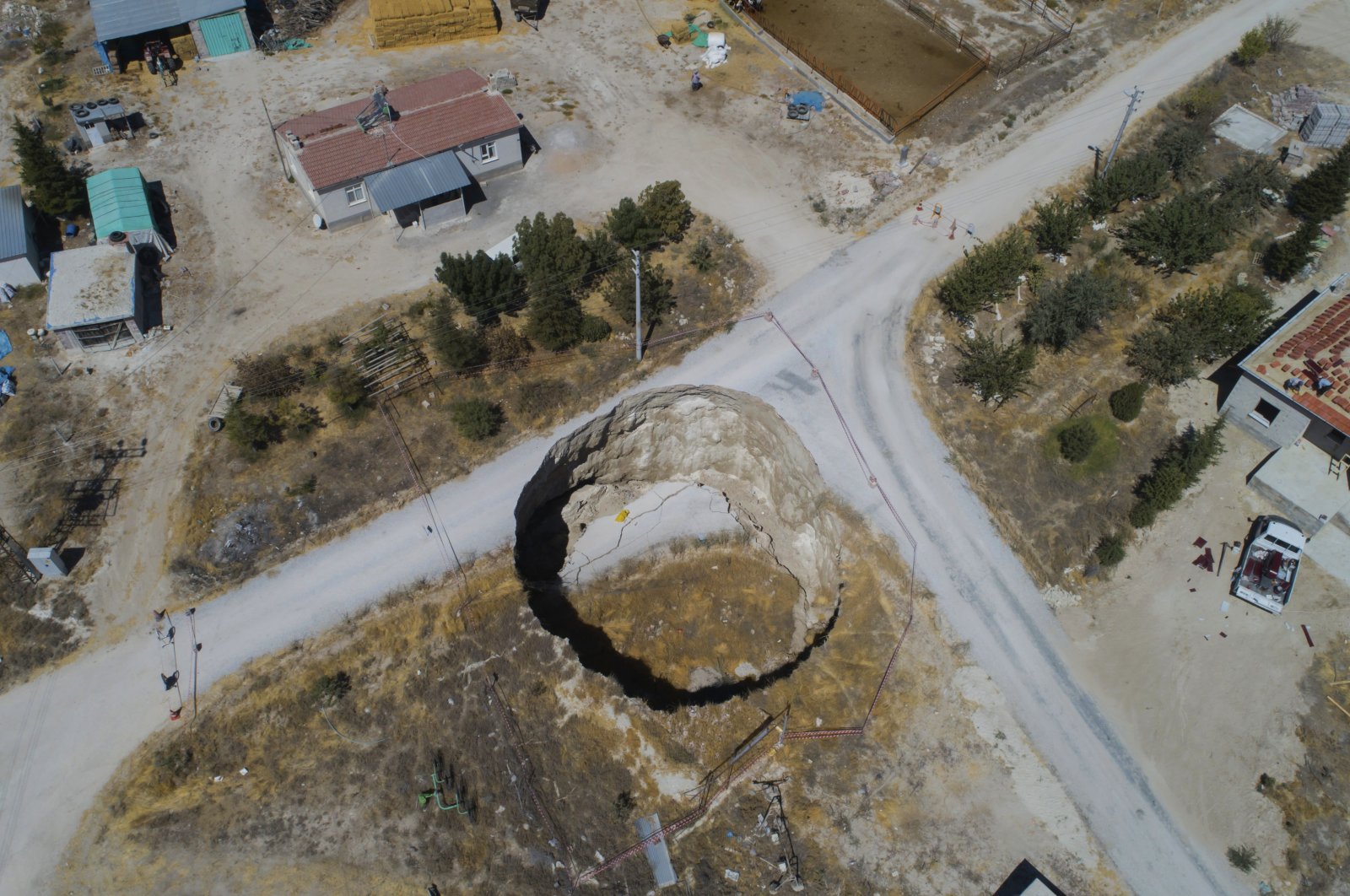 The number of sinkholes, a phenomenon attributed to depleted underground water, has reached 600 in the central province of Konya and there might be more, an expert warns.

Professor Fetullah Arık, who heads the Sinkhole Research Center at Konya Technical University, said the number has long been 360 but a recent count showed it had increased as of 2020. He pointed out the lingering risk from sinkholes and says the majority of Konya Basin, an agricultural hub, is under threat of new sinkholes.

The sinkholes are concentrated in the Karapınar district. Researchers are striving to map their formation. The research center recently wrapped up a study on their location, depth and whether they contained water. Their study will help to create a map for risky places, which can be accessed by the public, particularly farmers cultivating crops in areas with sinkholes.

Arık says the majority of sinkholes are near places commonly used by humans and animals. “They used to be formed in mountainous places in the past, but they are now closer to residential areas and hence, pose a risk to human life. Thankfully, there weren’t any casualties, but it does not mean that it won’t happen,” he said. Prevention of sinkholes, which Arık indirectly ties to climate change, is possible due to a shift in agricultural practices. “People have to go back to their practice five decades ago when they used to rely on underground water less for irrigation. This was, of course, due to cultivation of plants requiring less water,” he said.

Irrigation practices are improved over time, including programmed drip irrigation that saves water and energy, but most farmers in the area still resort to old methods that involve the abundant use of water.