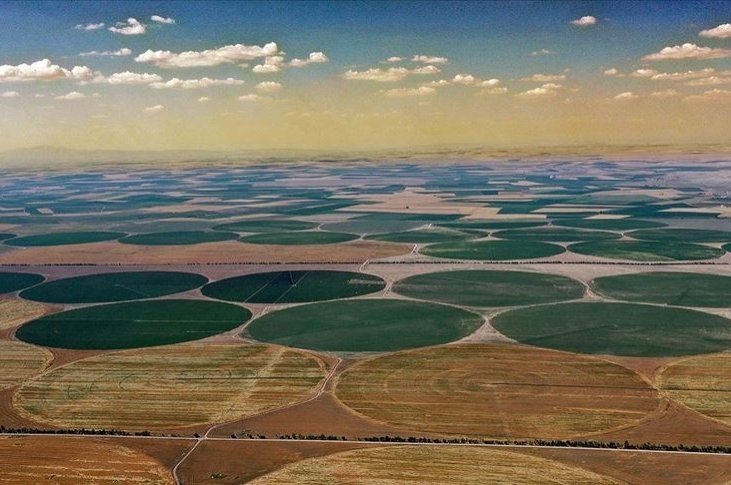 A project by the United Nations Food and Agriculture Organization (FAO) offers a win-win solution for Turkish farmers by helping them save both water and energy while boosting yields through programed drip irrigation.

Launched two years ago at Konya Basin in the Anatolian heartland, Turkey's foremost agricultural hub, the project aims to create sustainable agricultural land amid the threat of drought.

Ayşegül Selışık, FAO's assistant representative in Turkey, told Anadolu Agency (AA) on Monday that the threat of drought lingers amid the lack of precipitation in recent months and the FAO projects that water scarcity will affect 1.8 billion living in certain areas by 2025. “Two-thirds of the world's population will suffer from water stress,” she pointed out.

Agriculture, naturally, is under the spotlight given that it is the sector that consumes the most water globally. “Small families of farmers, rural poor and other fragile groups will be affected most. In Turkey, we see rising stress in water resources, in line with increased demand for water. It is on a regional level now but can worsen in the future,” she warned.

The FAO runs the Sustainable Land Management and Climate Friendly Agriculture Project at Konya Basin. “It showed us that significant gains can be achieved. Based on two years of data, programed drip irrigation introduced a 25.5% water savings in the cultivation of sugar beet, for instance,” she said, compared to traditional irrigation methods. It also helped farmers cut their electricity costs by 23.2%. Slightly lower figures were recorded for other crops, but the savings are evident both in water use and energy use.

Drip irrigation is the process of dripping water to the root of the plants rather than traditional irrigation techniques that flood agricultural fields. By focusing on the roots, through irrigation pipes placed above or buried beneath the surface, the system limits water evaporation. Automated devices synced to the system allow farmers to schedule irrigation thus saving more energy and water.

Selışık says 74% of water in Turkey is used in agriculture and it is vital that we establish a sustainable water management system in order to sustain the country's agriculture. “Central Asia is one of the places where the water amount per person dropped most and this should serve as a warning for Turkey, which shares similar features with that region in terms of drought. The Mediterranean Basin, where Turkey is located, is one of the most fragile regions for climate change. We need to take emergency steps for sustainable, equal use of water resources,” she highlighted. Turkey is considering several measures and has implemented changes to fight the drought it faces.

The stretching farmlands of the Konya Plain are suffering from a lack of precipitation that hindered agricultural activities in the second half of 2020. The exceptionally long dry season caused a 10% drop in yields, with farmers fearing further losses if measures are not taken and the rain does not come.

The FAO helps farmers in the region by introducing them to new cultivation practices, aiding in irrigation systems, establishing biogas facilities and rehabilitating pastures.