Southeastern Hakkari may be first to ‘reopen’ in virus-hit Turkey 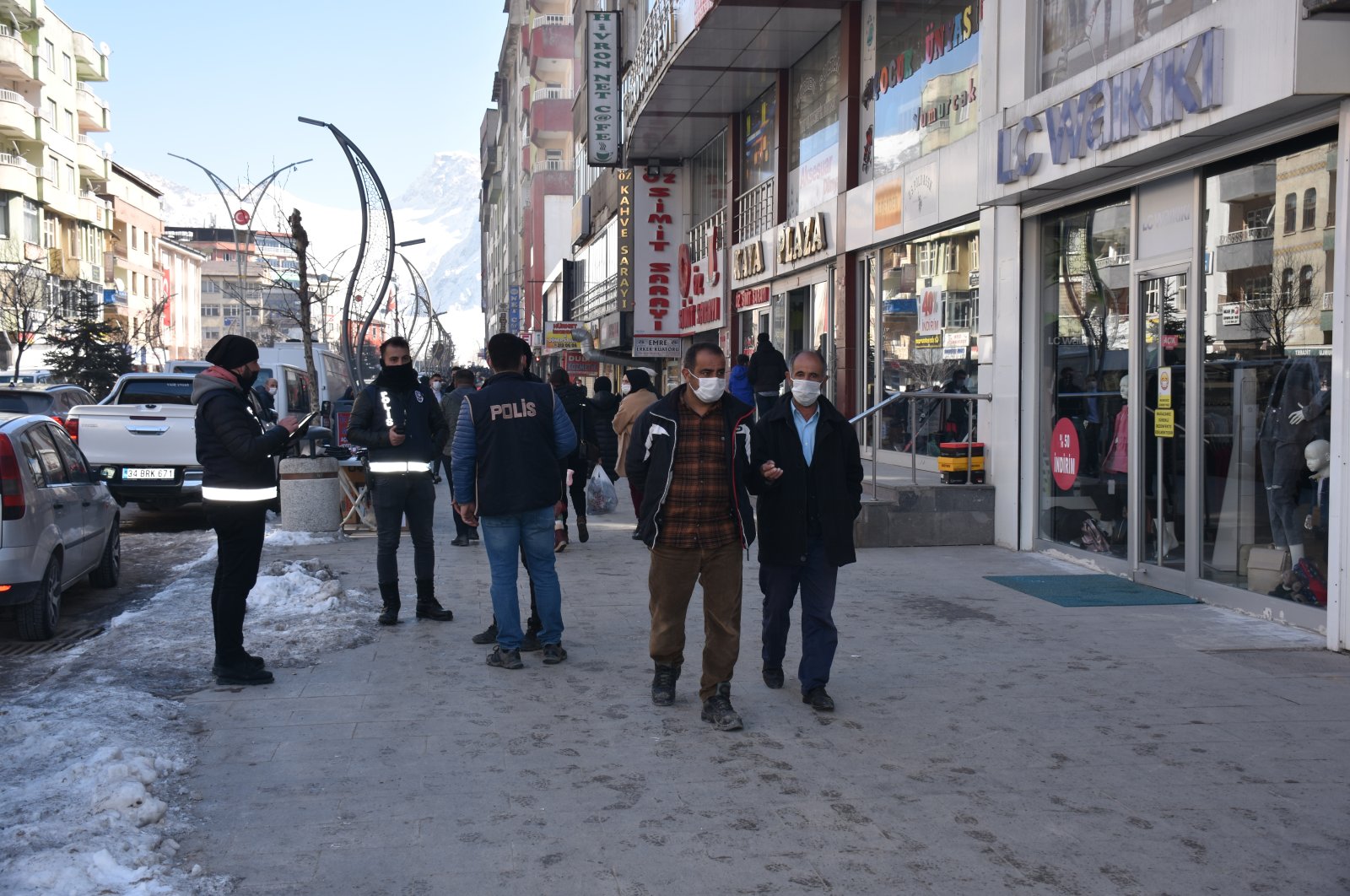 It is official now. Hakkari, a small province that shares a border with Iraq and Iran, has the lowest number of coronavirus cases. Two weeks after its neighbor Şırnak, this province with a population of about 280,000 has claimed the much-coveted spot, with an average of only 3.21 cases per 100,000 people. In other words, the province now has less than a dozen cases. Hence, it will likely be the first province to switch to the “normalization process” which is scheduled to start on March 1. The process entails the removal of restrictions like full weekend and weekday nighttime curfews and the reopening of businesses like restaurants and cafes which are only serving takeaway currently.

Authorities link the low number to tight measures but certainly, people’s awareness and compliance with measures were more important in decreasing the number of cases. Measures were applied in all 81 provinces but the latest figures published late Tuesday show that people have not been following them. Five provinces in the Black Sea region in the north, dominate the list with more than 200 cases per 100,000 people.

Inspections for compliance with rules were increased when the coronavirus cases surged nationally. Hakkari Governor Idris Akbıyık told Anadolu Agency (AA) Wednesday that he was grateful to locals for their support in the fight against the pandemic. “Everyone demonstrated great effort, from health care workers to public agencies and nongovernmental organizations (NGOs). Security forces’ inspection against violation of rules achieved results. Contact tracing crews also worked devotedly to prevent the infections from spreading,” he said.

As for residents, Akbıyık says people consented to stop hosting wedding parties, attend funerals or pay condolence visits en masse to families of people who died of COVID-19. “They complied with curfews too and this helped to decrease the numbers,” Akbıyık says. Border crossings with neighboring countries, including Iran which has seen a surge in cases before the virus made its foray into Turkey last year, also helped in curbing the outbreak.

“Public authorities, everyone, from health care workers to law enforcement officials and teachers underwent training on how to avoid infections and help people avoid them, in the first days of the pandemic. We educated children about the pandemic and how wearing masks and being cautious on hygiene rules can protect them and their families. Nongovernmental organizations also helped us in inspections to enforce the rules against the pandemic,” the governor said.

Necmi Adıyaman, a local, says people have been very cautious against the virus and they were also grateful to authorities and health care workers for their efforts to curb the outbreak. Adem Çetin, a shopkeeper, says everyone wears masks and follows rules but businesses took a hit. “They can allow us to reopen, at least on weekends, because the number of cases dropped,” he said.

The governor, however, warns against the possibility of a rise in cases. “We hope to remain the number one province in the list of provinces with lowest cases. But this title should not make us feel relaxed. We should continue adhering to rules,” he said.