Suspect in major forest fire in Turkey 'paid' to start it: Report 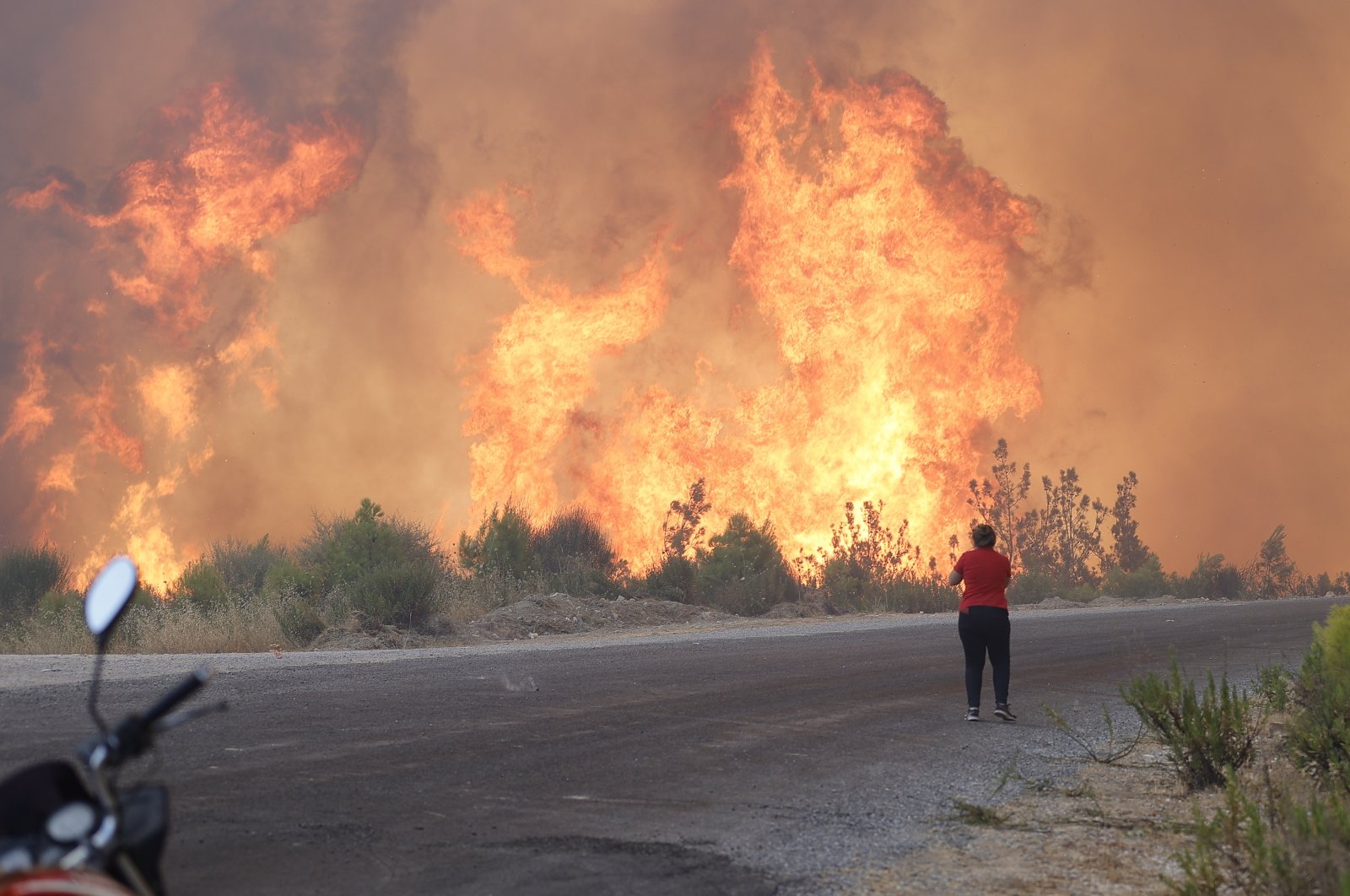 An eyewitness claimed that A.Y., a suspect arrested for starting forest fires in the Akseki and Manavgat districts of the southern Turkish province of Antalya, was paid by unknown people to commit the arson. An eyewitness account published by Turkish media outlets says the suspect told her that he “advanced through the forest by pouring gasoline left and right.”

The eyewitness, identified as Ö.T., was the girlfriend of the man and presented a voice recording implicating him in the fires.

The forest fire, one of the first major blazes to strike Antalya in July, was contained after weeks of efforts and claimed three lives. It completely devastated thousands of hectares of land.

Ö.T. said in her testimony that she recorded her conversation with the suspect on her cellphone and he told her that he started the fire after someone paid him $147 (TL 1,250). He also told her he would not say anything to the police if he was caught and would tell them that he did not remember starting fire and that he was a drug addict. The man who paid to the suspect was also working for someone else, according to the suspect’s confession to his girlfriend, but he did not know who he worked for.

The eyewitness account raised suspicions on claims that the forest fires, which wreaked havoc across a large region and broke out one after another, may be linked to the PKK terrorist group, though the terrorism connection is unclear yet. For his part, A.Y. told investigators that he lied to Ö.Y. when he told her that he started the fire and just wanted to “impress her.”

Investigations are still underway over the cause of the wildfires and several suspects, including minors, were detained on charges of starting the fires elsewhere. Also, a suspect was caught in the capital Ankara recently while trying to set fire to shrubbery inside a military base. On Monday, a court accepted an indictment on a separate forest fire in Ankara, which asked for at least 10 years in prison for deliberately starting the fire at Atatürk Forest Farm. The fire in the historical farm had damaged an area size of about 5 hectares on July 25.