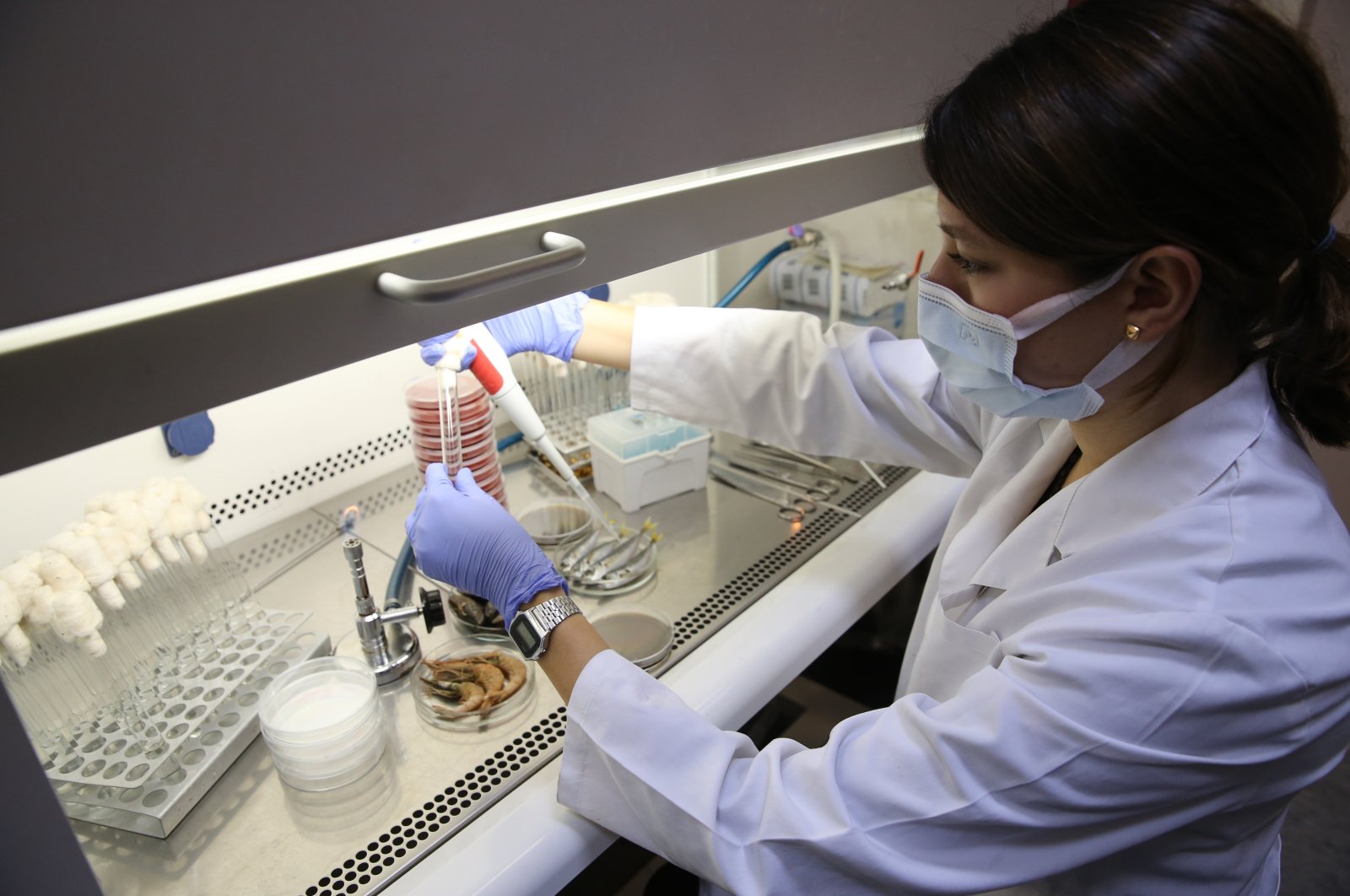 Marine mucilage or sea snot has disappeared from the surface of Turkey’s Marmara Sea, but new research has shown that the phenomenon has reduced the nutritional quality and meat of the fish caught in the sea

It has been a few months since Marmara was cleared of thick, slimy sea snot, or marine mucilage. But this landlocked sea in Turkey’s northwest appears to be having a hard time shedding the fallout of the substance. A team of scientists from Istanbul University found that the mucilage, whose remains are submerged at the bottom of the sea in some locations, is harming many marine creatures.

Initial findings of the study show that the nutritional quality and meat of hamsi, or Turkish anchovies, and mackerels in the sea was reduced while the mucilage increased the pathogenic bacteria present in shrimp and mussels. Scientists are warning the public to be extremely cautious in their consumption of seafood, especially while cleaning and cooking.

Professor Nuray Erkan, a food safety expert, is leading the team of scientists in the study, which will continue for about nine months. This study is among the 37 projects sponsored by the Scientific and Technological Research Council of Turkey (TÜBITAK) to investigate sea snot and its impact.

Scientists look to address the public concerns on whether the mucilage harmed the marine life to a degree that would make consumption of seafood dangerous. Erkan and others had already been studying the health of marine life and found an opportunity to compare their findings to the state of pre-mucilage Marmara Sea. Erkan says they categorize the dangers as “microbial” and “chemical.”

Sea snot already dealt a blow to marine life by depriving it of oxygen. An unknown number of species died due to the mucus-like substance blocking the space between the surface and bottom of the sea. Marmara's ecosystem was already under threat, even without the mucilage, from heavy pollution, which is one of the factors that led to the emergence of sea snot.

Scientists are collecting samples of fish and other creatures to examine whether they were exposed to microbial and chemical risks that may ultimately harm humans.

Erkan told Anadolu Agency (AA) that they encountered “an extra microbial load” on shrimp and mussels and the fish living at the bottom of the sea. “Mucilage covered everything from the fish to their larvae and apart from oxygen depletion, it reduced their means to feed and their freedom of movement. The pollution the mucilage brought contaminated them. We used to discover up to two types of pathogenic bacteria before and after the mucilage, we see three to four more bacteria,” she said.

She points out that food safety gained importance with the emergence of mucilage but the chances of it causing harm to the health of the Turkish population were reduced due to the way seafood is consumed in the country.

“Unlike Far Eastern cultures where eating the fish raw is prevalent, the Turkish public has their own, varied cooking techniques. With a good cooking technique, you can reduce the risk from the fish. Yet, there is another danger of secondary contamination. If the fish and other seafood are not properly cleaned before its sale or improperly cleaned in a place where other food is stored, the risk will increase,” she said. Erkan called the consumers to have their seafood cleaned by professionals if they do not know how to properly clean the fish. “Even after doing so, you should wash the fish again before cooking, with salty, icy water,” she warned.

Erkan says it did not take the Marmara Sea “one day to get polluted” and overall “pollution still existed.” On “heavy metal” risk at sea, Erkan said heavy metal was of great danger and would always exist in the aquatic ecosystem where industrial waste is discharged in large quantities.

“Heavy metal multiplies within the food chain. Fish such as hamsi and mackerel which have a shorter life span are less dangerous in terms of heavy metal risk while those with longer lives like tuna fish have a higher risk,” she said.