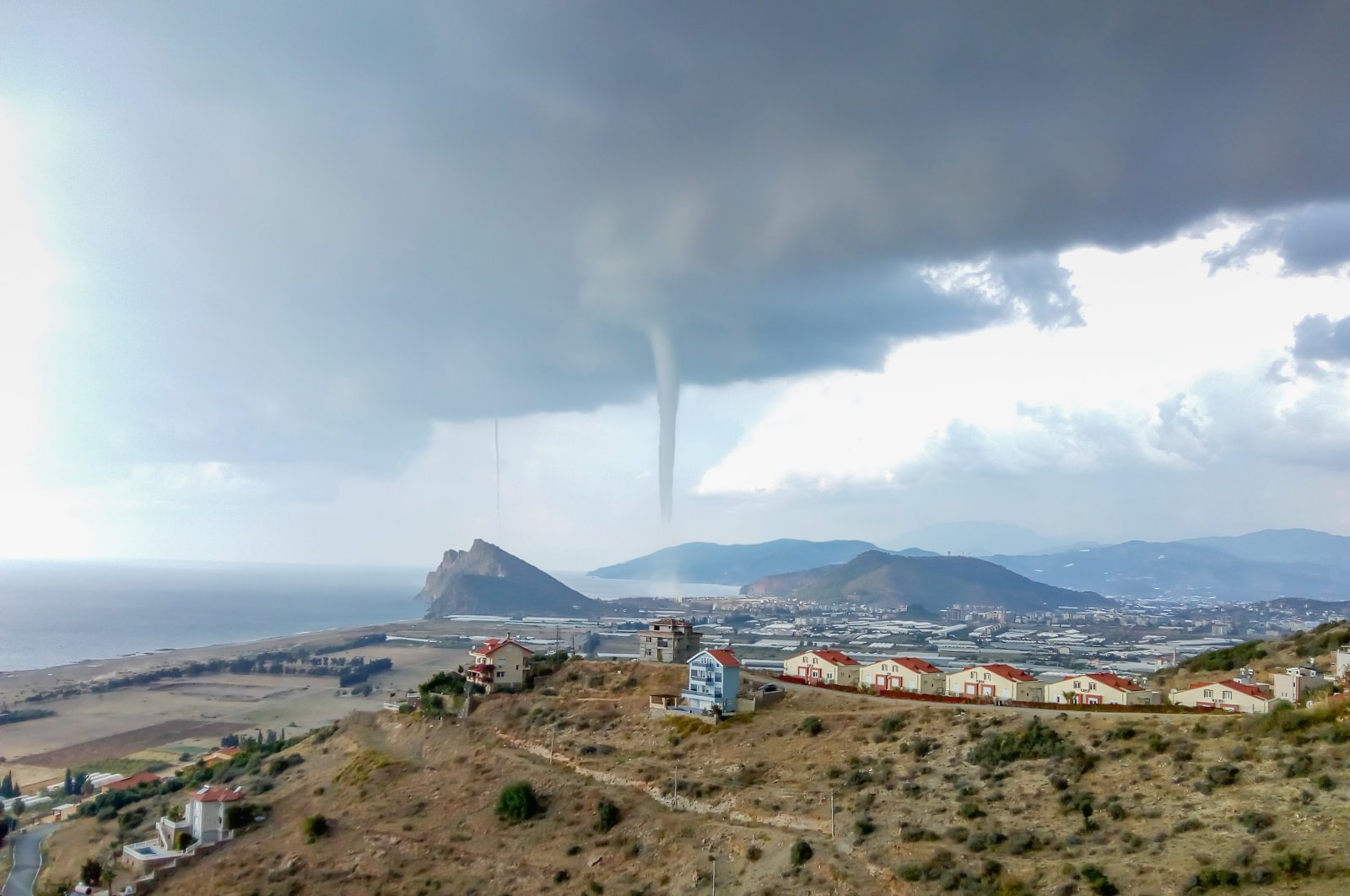 Once an unusual weather phenomenon for the country, tornadoes are becoming increasingly common in Turkey. For experts, it is related to worsening fallout from the global climate crisis, which is also behind a string of weather-related disasters across the country.

This month, tornadoes emerged in two places distant from each other and with different climates. On Dec. 7, a tornado ripped the roofs off of 12 houses and heavily damaged a barn in Çeşme, a popular vacation resort in the Izmir province on Turkey’s Aegean coast. One day later and some 1,500 kilometers (932 miles) away from Izmir, a tornado hit the Saraycık village in the northern province of Bayburt, tearing apart roofs.

Rising surface and atmosphere temperatures amid global warming, evaporation and increased water vapor content in the atmosphere are culminating in the frequency and coverage of tornadoes across the country, experts say.

Professor Murat Türkeş from Boğaziçi University Center for Climate Change and Policy Studies told Anadolu Agency (AA) on Thursday that tornadoes are largely associated with atmospheric changes and in the past two decades “tornado geography,” mostly confined to the Gulf of Mexico and parts of the United States, has expanded. He says the changes are related to climate change and climate modeling studies pointed to this new reality.

Türkeş noted that tornadoes were random and rare incidents in Turkey in the past. “They were more common in the Mediterranean, in Antalya and Gulf of Iskenderun, but we see they have expanded to more regions. Now, we see them in all coastal areas, especially in the Marmara region, as well as western and eastern parts of the Black Sea. Still, most are concentrated in the western Mediterranean region,” he said.

About the tornado in Izmir, Türkeş said the incident was linked to the transition to a cold front of a Mediterranean cyclone. “We did not have such humid conditions in this season in the past. Increasing vaporization and humidity content in the air aggravates them. There will be more tornadoes as long as global warming’s density increases,” he added.

Türkeş urged new measures for protection against tornado damage, including designing new buildings in compliance with resistance to storms and tornadoes.