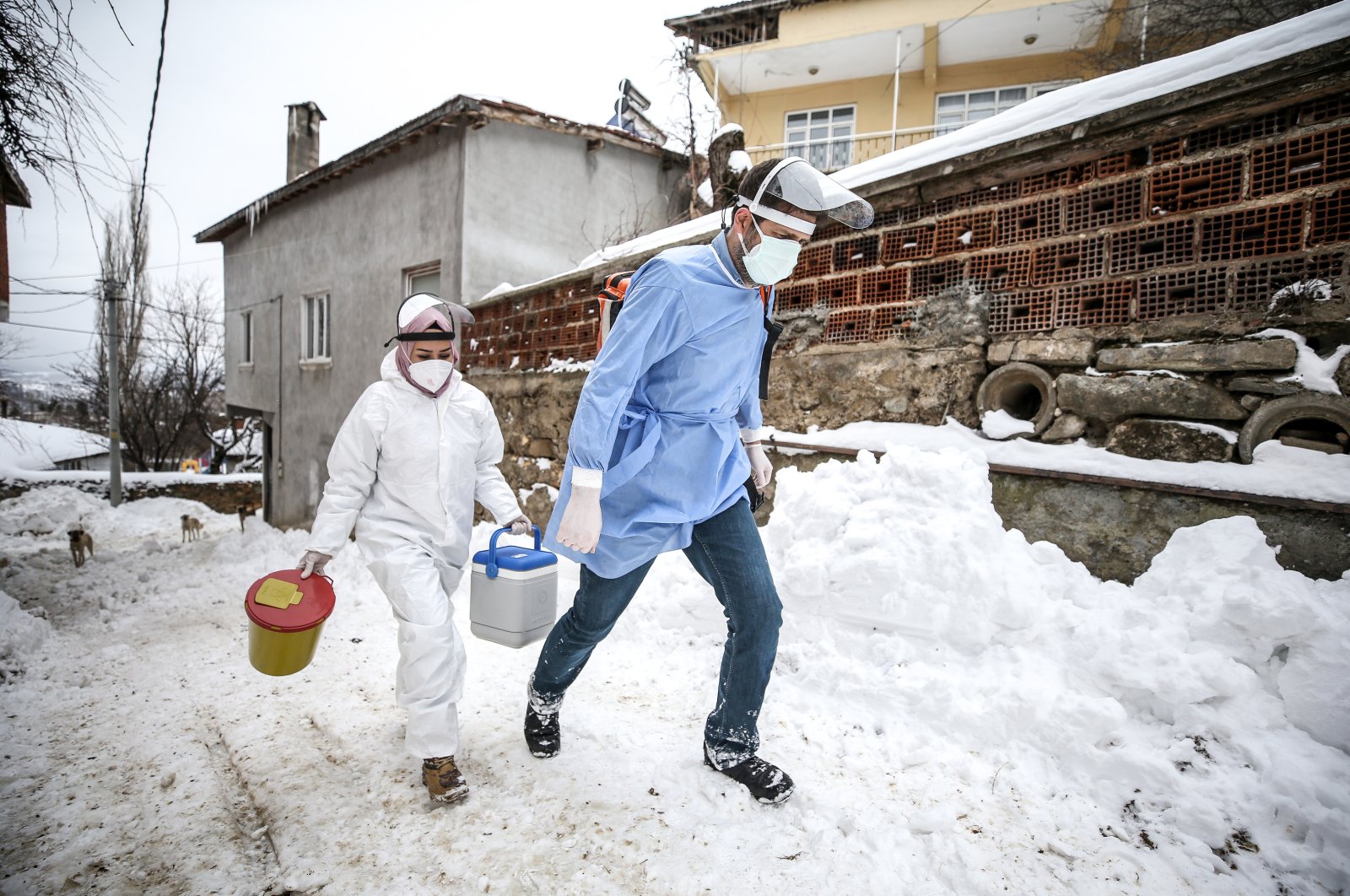 As questions swirl over how and when Turkey will lift restrictions related to the coronavirus pandemic, Health Minister Fahrettin Koca said each province will be given a color code and those in low-risk or 'blue' areas will be the first to normalize

Having grappled with the coronavirus pandemic since March, Turkey may finally return to the old days, provided that cases drop sharply enough. As millions await an end to restrictions that have confined them to their homes and shut down businesses, President Recep Tayyip Erdoğan has announced a new normalization process set to begin in March. Health Minister Fahrettin Koca, who hinted at the new process one week ago, says an all-out removal of restrictions is out of the question, but all 81 provinces of the country will be assessed for risks they face. Thus, in order to lift restrictions, the vaccination rate should be high and the number of cases should be low.

Speaking to Sabah newspaper’s Ankara Bureau Chief Okan Müderrisoğlu, Koca said provinces at highest risk will be coded “red.” High-risk provinces will be coded “orange,” while medium-risk areas will be coded “yellow.” “Blue” indicates the lowest risk, and normalization will start first in those provinces. Color-coding will be in force as of March 1.

The ministry is still working on criteria for relaxing measures. Blue provinces will be those where the number of cases is between 11 and 35 per 100,000 people. Provinces with more than 100 cases per 100,000 people will be coded red. Koca explained: "For example, the number of cases in the capital Ankara is 35 per 100,000 people, or in other words, we have daily cases of around 275 for a population of 5.5 million people. This number is 1,925 weekly. Therefore, Ankara is somewhere between low-risk and risky. A controlled normalization can be considered for Ankara, especially in a change of curfew hours and reopening of restaurants and cafes,” the minister said.

He said the lifting of both weekday and weekend curfews will be considered for provinces in the blue category. Currently, only Hakkari and Şırnak in the southeast are in the blue category. Şırnak has an average of 7.82 cases per 100,000 people, while Hakkari has 9.55, according to figures from Feb. 8-14. Istanbul, the country’s most crowded city with a population of over 15 million, has 60.19 cases per 100,000. Trabzon in the Black Sea region had the highest number, at 228.02, according to last week’s figures, and it is followed by three other Black Sea provinces.

“The decision process on lifting restrictions will be dynamic. If the outbreak figures are high for two to three weeks in a province, but the number of cases is very low in its neighboring provinces, travel restrictions from those provinces to the province with the high number of cases can be restricted,” Koca added.

Public health boards formed by local governorates will be in charge of lifting or tightening restrictions. “Local administrators and the public have to exert efforts to curb the numbers,” Koca said.

Turkey has started announcing weekly average case numbers for each of its 81 provinces, and the minister says this period was chosen because of diagnosis and testing processes. “A person diagnosed with COVID-19 sometimes tests negative in a second test done a week later,” Koca said.

“What we really want is to make citizens stand up against the outbreak and (adapt to measures),” Koca underlined. “We desire to increase the sensitivity and responsibility of citizens at this point. We want to motivate them to affect the results of measures. Thus, the perception that the restrictions are arbitrarily imposed will change. We now have standards, and our citizens can see that they have the power to change the rules and relax the restrictions,” he added.

Once every two weeks, the restrictions will be subject to revision based on the course of the cases. “A province whose status was upgraded from yellow to red should be aware that the restrictions may return. Business owners can also make preparations to shut down or reopen based on how a province fares in the number of cases,” Koca said.

The minister also spoke about the vaccination process underway since January. He said the country would acquire 105 million more doses of the vaccine by the end of April. Currently, only CoronaVac, developed by China’s Sinovac, is available in the country. Later this month, the first shipment of vaccines developed by Pfizer-BioNTech is expected to arrive. “We will have about 800,000 doses of this vaccine. After approval by the ministry, this new vaccine will be used for vaccination of people under the age of 60 who are next in (line for) vaccinations though they will be given a choice to pick CoronaVac or the new vaccine," Koca said. The country has prioritized health care workers in the vaccination drive, and later, vaccinations were expanded to senior citizens, starting from those at the age of 90 and above. This month, people younger than 90 were vaccinated.

Koca said they planned 25 million vaccinations first but were ready to deliver 35 million doses in March. Locally made vaccines will likely be used in the latter stages of the vaccination drive if they pass human trials. Those who were vaccinated will be able to get another shot in September or an earlier date, for another round of protection, Koca said.