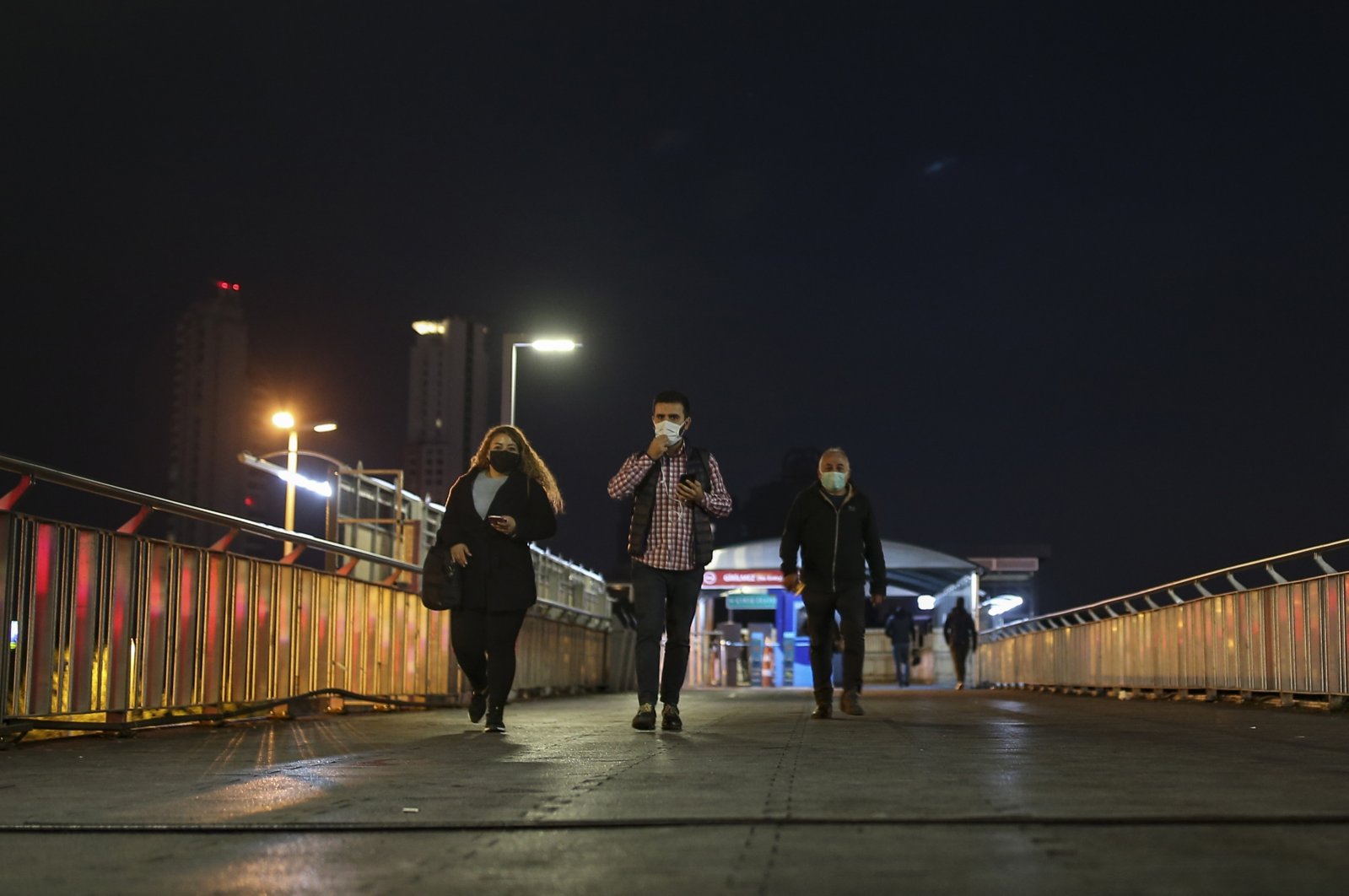 Starting on Thursday, Turkey will see a nearly three-week 'full' lockdown to curb COVID-19 infections, as the number of cases remains high despite a significant drop this week

The government made up its mind on the stark choice it faced and greenlit a “full” or rather “tight” lockdown to stave off the mounting cases of the coronavirus pandemic. The lockdown, which will start on Thursday evening, will end on the morning of May 17.

Authorities have long shunned the strictest measures amid repeated calls from businesses to that extent as the existing restrictions already dealt a blow, particularly to small businesses. Restrictions were relaxed a little in March before they made a comeback in weeks when the number of cases climbed up again.

The Interior Ministry sent a lengthy list of exemptions and new rules that will be applied during the lockdown process by governorates of the 81 provinces tasked with enforcing it. This new lockdown does not differ much from existing weekend curfews, except for a few new measures like a ban on intercity travel and the closure of chain supermarkets on Sundays.

Grocery stores, bigger supermarkets, greengrocers, butchers and pastry shops will remain open between 10 a.m. and 5 p.m. throughout the lockdown, just like they did over the weekends. Citizens are allowed to shop in those places but only from those within walking distance from their home. There won’t be any time limit for deliveries of e-commerce websites. Restaurants, cafes and other similar eateries will be allowed to serve only home delivery, without any time limit. Bakeries will also remain open without any time limits.

Under new rules, all commercial businesses will be closed except those selling basic food, medications and cleaning supplies and those in the logistics chain, from production facilities to suppliers.

All travel between cities will be subject to permits. Those who booked rooms at a hotel in another city before the lockdown was announced will be the only people (along with tourists of any foreign nationality) exempt from the travel ban, other than those with an emergency. Civil servants tasked with mandatory public duty (like police officers assigned to another city for enforcing coronavirus pandemic rules) will also be exempt from the ban. Families attending a funeral, those discharged from a hospital in another city or those to be transferred to a hospital in another city will also be exempt from the travel ban. The travel ban also does not cover people who have no fixed residence in the city they were in before the lockdown and need to return to the city of their primary residence.

All passengers will be required to produce a HES (Hayat Eve Sığar – Life Fits Into Home) code before boarding airplanes, trains, ships or buses for intercity travel. The code, assigned by the Health Ministry, enables tracking any positive COVID-19 patients. All mass transit vehicles except airplanes will be allowed to have passengers only at half their capacity and will be required to maintain social distancing between passengers.

Public sector employees will be required either to work from home or in reduced shifts during the lockdown.

Vefa Social Support Groups, which are already active in helping people confined to their home for various reasons (from old age to illnesses and mandatory quarantine) will serve the elderly and people with chronic illnesses who cannot leave home for shopping, throughout the lockdown.

A novel measure in the Interior Ministry’s statement is delegating responsibility to administrations of housing estates for enforcing curfews in those places. Children, who are already subject to partial curfews throughout the week, often go out and play in the vast courtyards, gardens and other places in gated housing estates. Administrations of those places will be tasked with warning them to stay at home.

The announcement of the lengthy lockdown drove up an already popular tendency: leaving big cities for secluded residences in smaller towns. In Istanbul, the country’s most populated city where more than 15 million people reside, an “exodus” started on Tuesday. July 15 Democracy, the city’s main bus terminal, teemed with potential passengers. Bus companies also reported crashes in their online ticket sale systems due to high demand.

“You see the bustle around here. We are busier than ever. It is like holiday time. When (the lockdown) was announced, people started fleeing,” Salim Tay, who works for a bus company at the station, told Demirören News Agency (DHA). Taner Ergin, a bus driver, said most people opted for buying tickets online, but the station was still crowded. “Everyone is looking to buy a ticket. Most companies are sold out,” he said.

Ismail Tosun is among those “escaping” the city. “I decided to go last night,” he said as he purchased a ticket to the western province of Manisa where his children live. “It was a spur of the moment thing. When I heard the ban, I booked a seat last night and came here to buy my ticket. Otherwise, I’d be forced to stay here,” he said. “I was planning to leave but the lockdown decision sped things up for me,” another passenger who did not give his name, said. Tuğba Hacıbayramoğlu, an official from an online ticket seller, said searches for flight tickets increased six and half times, while searches for bus tickets have increased fifteenfold since the lockdown was announced. Hacıbayramoğlu told Anadolu Agency (AA) on Tuesday that the majority of people bought one-way tickets for the lockdown period.

A week of ups and downs

The lockdown is one of two things Turkey is pinning its hopes on, along with vaccination, to decrease the number of cases. Restrictions apparently paid off weeks after they were introduced, and the number of daily cases dropped as low as slightly above 37,000 on Monday. Weekly figures made public by the Health Ministry early Tuesday show a decline in cases in 29 provinces. The figures, covering a period between April 17-23, show 51 provinces reported a rise in cases, while the figures remained almost the same only in Hatay, a southern province.

Istanbul and the third-largest city Izmir reported a decline, while the cases increased in the capital Ankara. Zonguldak and Gümüşhane in northern Turkey had the most dramatic increase in the weekly cases. Yalova, which, for a time, dominated the list of places with the highest concentration of cases, also reported the sharpest drop in the past two weeks. Çanakkale, another “offender” in the list of provinces with the highest number of cases, also reported a significant decline. Samsun, which had the notoriety of having the highest number of weekly cases per 100,000 almost throughout March, is now in a streak of three weeks with a decline in cases, the only place out of the 81 provinces to have this title.