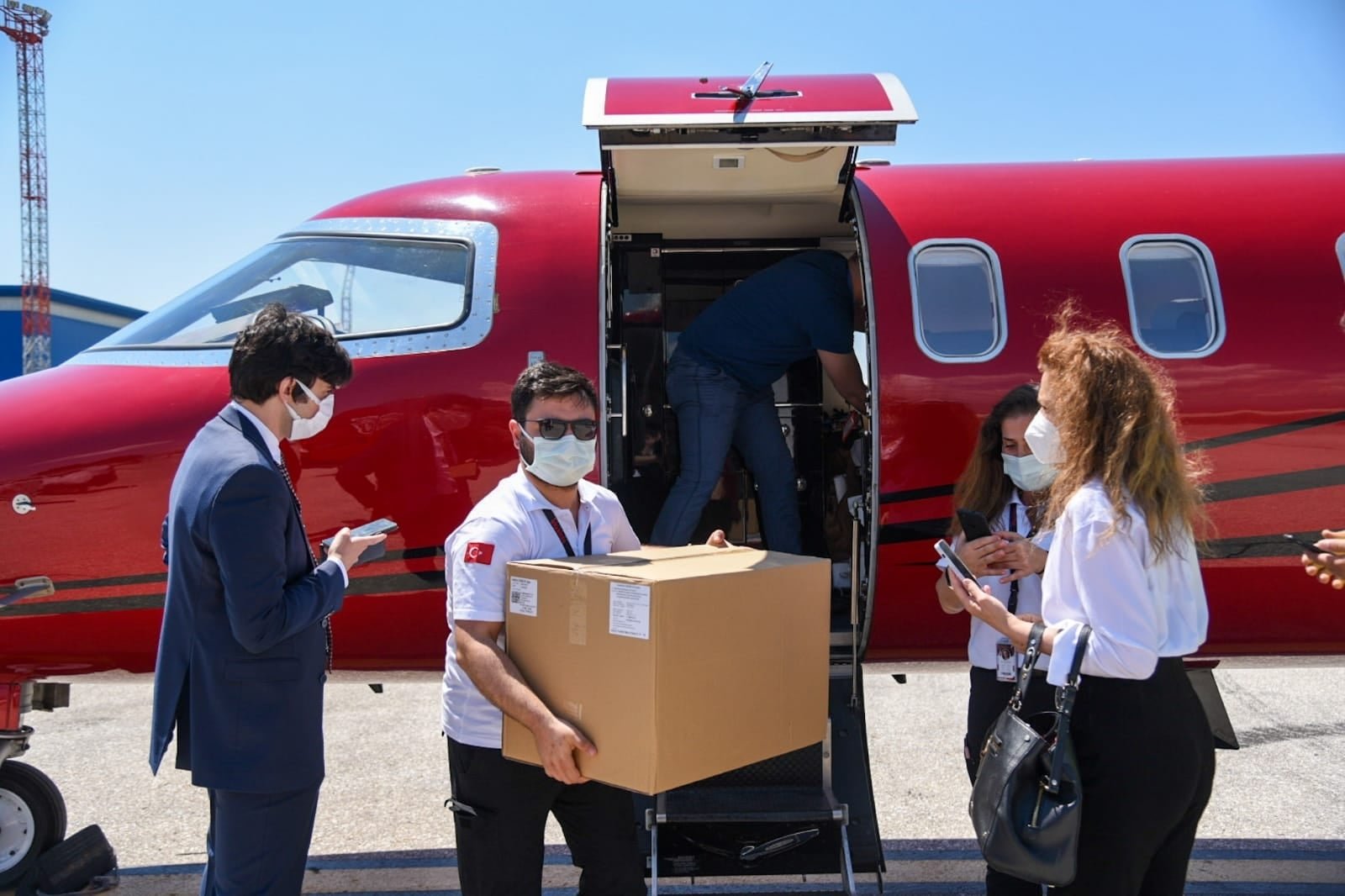 People unload boxes of vaccines from an airplane in an unknown location in North Macedonia in a photo shared by the country's Health Minister on his Facebook account, North Macedonia, June 9, 2021. (AA PHOTO)
by DAILY SABAH WITH AA Jun 09, 2021 4:02 pm

"I would like to thank the Republic of Turkey and President (Recep Tayyip) Erdoğan once again for the support they offered and the rapid delivery of the promised amount, which is primarily especially for us," said Filipce in a statement accompanying his post. Last Saturday, Erdoğan received North Macedonia's Prime Minister Zoran Zaev and Filipce in Istanbul. Upon their return to North Macedonia, Zaev and Filipce announced that Erdogan promised 30,000 doses of the Sinovac vaccine for the country.

Turkey itself continues a mass vaccination campaign while looking to secure vaccine supplies for the countries it maintains good ties with. Most recently, it dispatched 50,000 doses of vaccine to the Turkish Republic of Northern Cyprus (TRNC) which had already received 140,000 doses of jabs from Turkey earlier. In March, 30,000 doses of CoronaVac were delivered to Bosnia-Herzegovina. Ankara also delivers medical aid in the fight against the pandemic to other countries. Most recently, it delivered a large haul of medical equipment and medicine to India which is embattled with a mounting number of coronavirus cases.