Turkey ensures voluntary return of artifacts from France, US 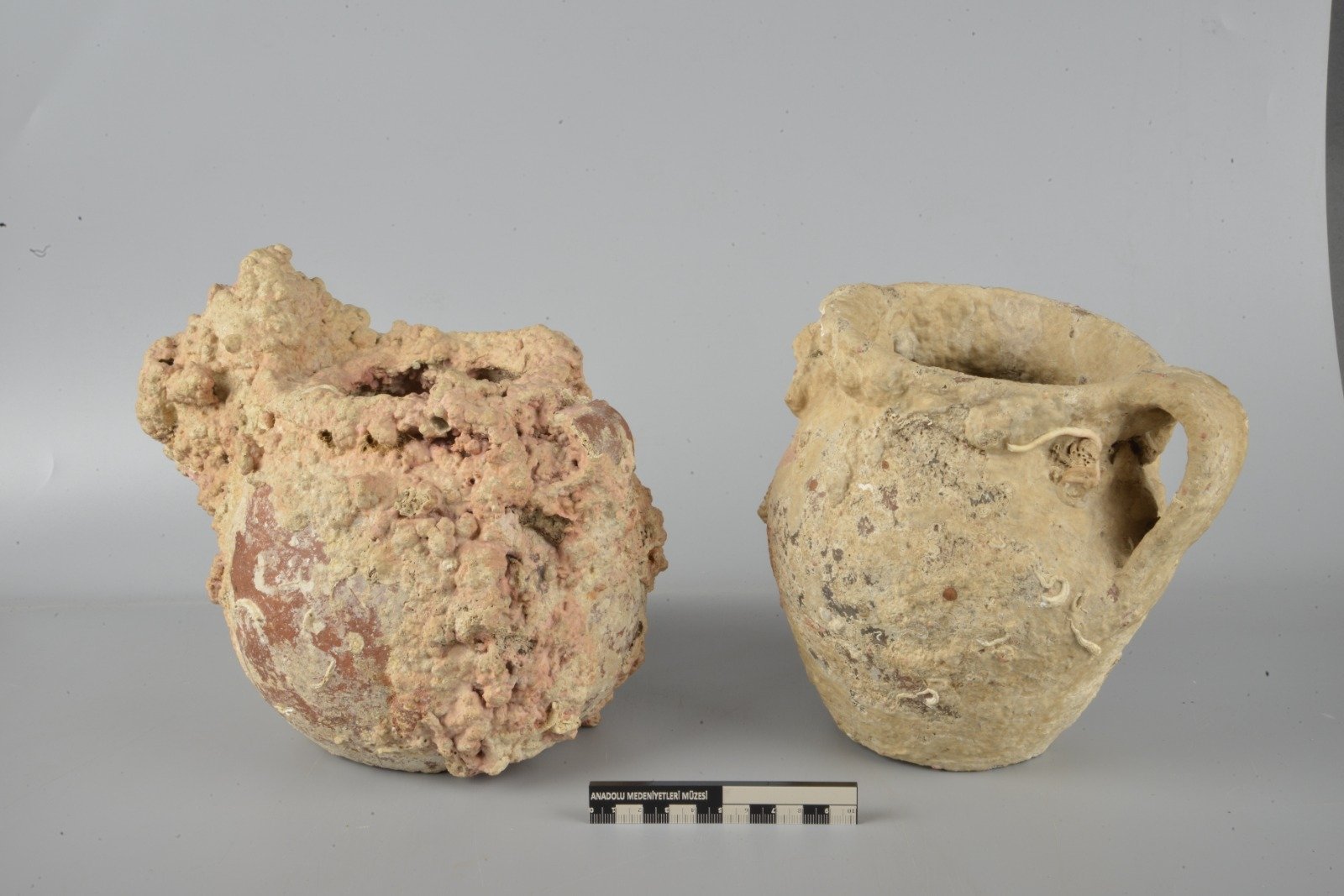 The Culture and Tourism Ministry on Tuesday unveiled six artifacts voluntarily returned by their owners to Turkey.

The artifacts, believed to have been smuggled years ago, were returned from France and United States. Among them was a clay figurine of a woman, the head of a figurine of a man, two clay pots and two amphoras.

The figurines were returned from France, while the other artifacts were returned by an individual who approached the Turkish Consulate in Los Angeles and by the Museum of Natural History in Arizona.

The artifacts’ final destination was the Museum of Anatolian Civilizations in the capital Ankara.

The figurines were purchased from a Paris-based auction house in 2016 and researchers dated them to a period between 1800 and 1600 B.C. They share similar features with artifacts unearthed in different regions of Turkey, from ancient Eastern Cilicia to the west of the Euphrates river.

Two clay pots were donated to the Arizona museum in 1986, officials said. The pots, found underwater in an undisclosed location, date back to the late Roman and Byzantine periods and are believed to have been used on vessels.

The exact history of the amphoras, in the meantime, is not known, but they share similarities with ancient amphoras found in Anatolia. They were used for storing and carrying grain, fish, honey and figs.

The ministry said in a written statement that some 423 artifacts were returned to Turkey in the first six months of 2021.

Since 2003, the country has managed to retrieve 4,862 artifacts from abroad. Some were smuggled during the late Ottoman era, while others were stolen from excavation sites and mosques in the republic era.

Turkey has a rich history of diverse civilizations but preserving the artifacts left by them was an overlooked issue until the last years of the Ottoman Empire.

The majority of artifacts dug up by foreign archaeologists in the late 19th and early 20th century ended up abroad, sometimes with the permission of the authorities and sometimes illegally.

Today, major museums in Europe and North America house many priceless artifacts that originated in Anatolia.