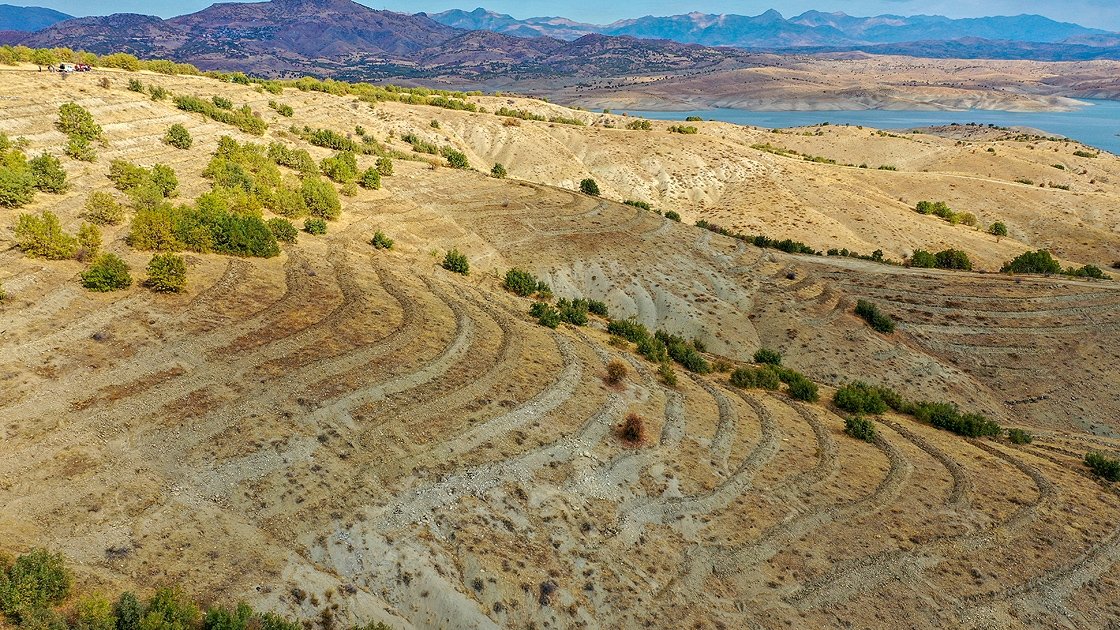 Marking World Soil Day on Sunday, the minister of environment, urban planning and climate change said Turkey has succeeded in its fight against soil erosion.

In a statement, Murat Kurum said the country's efforts led to a decrease in the amount of soil lost to erosion from 500 million tons per year in the 1970s to 140 million tons annually now.

We aim to decrease this further down to 130 million tons per year by 2023, he added.

Kurum said the country recently ratified the Paris Agreement in line with the goal of net-zero emissions by 2053 and to lead in green development. The Paris Agreement is a legally binding international treaty on climate change, adopted by 196 Parties at COP21 in Paris on Dec. 12, 2015. Its goal is to limit global warming to well below 2 Celsius (3.6 degrees Fahrenheit) compared to preindustrial levels.

He said soil is the source of all life, and Turkey’s effort to tackle the negative effects of climate change and erosion will further intensify and diversify. "Our essence is soil, which we promise to protect."

Turkey recently renamed its Environment and Urbanization Ministry as the Environment, Urbanization and Climate Change Ministry, reaffirming the government’s will to resolve the climate crisis and put the green development revolution at the core of its efforts.

World Soil Day is observed on Dec. 5 every year to focus attention on the importance of healthy soil and to advocate for the sustainable management of soil resources.