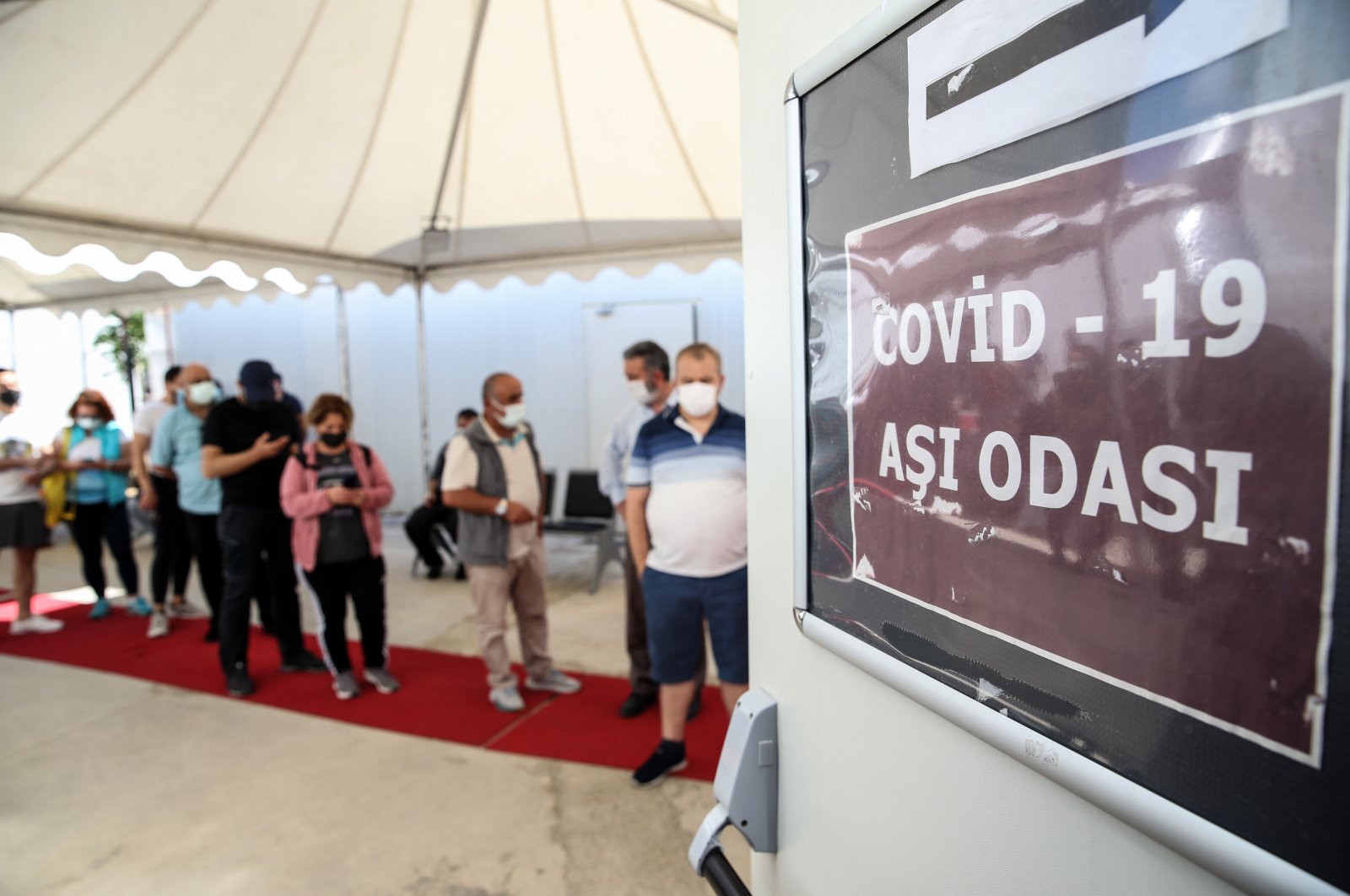 Inoculation for people aged 45 and above began Thursday across Turkey as the country continues to include more age groups in its coronavirus inoculation drive.

Authorities also plan to start vaccination for those aged 40 and above next week, while Health Minister Fahrettin Koca announced that an additional shipment of 4.2 million doses of the Pfizer-BioNTech vaccine would also arrive next week.

As of Thursday, Turkey has administered more than 32 million doses of vaccines, and this number includes more than 13.4 million who have received two doses of the vaccine.

“This will be a happy month for us if people become more enthusiastic about vaccination,” professor Nurettin Yiyit, chief physician at Professor Feriha Öz Emergency Hospital in Istanbul, said, as the hospital started inoculation of people aged 45 and above. The hospital, exclusively set up to help the city cope with once mounting cases of coronavirus, is now also a hub for the vaccination drive. The “enthusiasm” Yiyit mentioned occasionally drops in the country battling vaccine hesitancy along with the ongoing pandemic. In Istanbul, more than 5.3 million doses have been administered so far since the inoculation drive began in January 2021. “June will be a busy but exciting month for us because we started rolling out new stages one after another in the vaccination campaign. We are administering shots to different age groups and people from different occupations, from academics to artists. We have a huge demand nowadays and it is obvious this trend will continue,” he told Anadolu Agency (AA) Thursday.

Tümay Hazneci Öner, a 46-year-old woman, was among those rushing to the Istanbul hospital for vaccination. “I was afraid of it at first but I found out it was just a simple, painless jab. May it help heal our nation. We have no other option (to overcome the pandemic). People should not be afraid of vaccines,” she said.

Koca had earlier said that they planned to lower the eligibility age for the vaccination to 20 by the end of June, though it seems a difficult goal. Most experts say the pandemic may recede in autumn, with an intense inoculation drive throughout the summer. If the goal of vaccinating nearly 70% of the population is achieved, the government plans to remove the mandatory mask rule outdoors in autumn, according to media reports. Turkey has also pondered injecting people with a third dose of the vaccine, in a period of six months after the second dose. Experts say a different vaccine than whatever people were injected with for their first and second doses can be used for that purpose. Thus, the country can have more access to vaccines, something vital at the time of ongoing “vaccine wars” between countries.