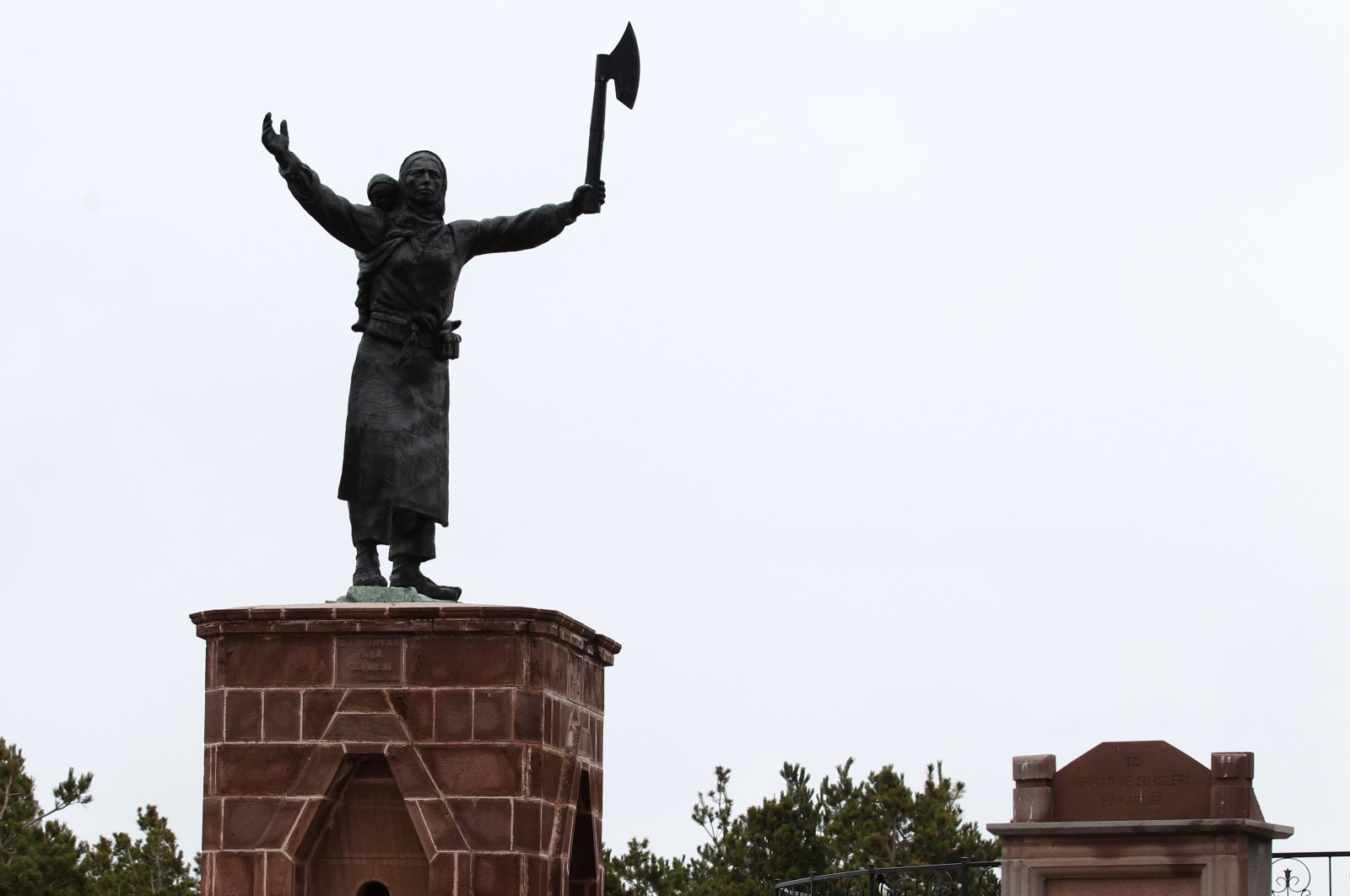 Turkey on Friday marked the 65th anniversary of Nene Hatun's death, an inspirational woman who is remembered as a heroine of modern Turkish history for her role in the fight against foreign invaders.

"A Turkish child may become an orphan, but will never be without a homeland,” said Nene Hatun, the heroic Turkish mother who left her newborn baby behind to fight for her country.

The odds were stacked against her and her hometown of Erzurum in eastern Turkey, then a province of the Ottoman State, in the wake of increasing Russian aggression in the 19th century.

In the heat of the Russo-Turkish War of 1877-1878, also known as the War of 93, Hatun symbolized the power of invincible Turkish patriotism and the sacrifices of Turkish women in particular with their unparalleled service to the homeland.

"Nene Hatun left her child to her neighbors and rushed to the front. Turkish women will defend their homeland forever,” Erol Kürkçüoğlu, a history professor at Atatürk University in eastern Erzurum province, told Anadolu Agency (AA).

"Turkish women stood with Turkish men during the war. The Russian-Turkish War was won with the integration of the army and the nation,” Kürkçüoğlu said.

"We must always remember our elders with respect. Our mothers and grandmothers have been a part of the struggle for the defense of the homeland," he added.

Before turning 20, the young woman did not hesitate to leave everything and everyone behind, including her son and her newborn baby girl, to fight alongside the Turkish forces at the height of the war wreaking havoc in eastern Turkey.

"God gave me this baby, He will protect him as well," she said, putting her country first over her family.

Hatun survived the war and raised four sons and two daughters, living a life of poverty in harsh post-war conditions.

Two of her sons were killed during World War I, including her first son, Nazım.

After the founding of modern Turkey in 1923, Hatun was given the last name "Kırkgöz," literally meaning "forty eyes."

She became a national heroine when journalist Ismail Habib Sevük published her story in 1937 while researching the War of 93.

In 1952, the supreme allied commander of NATO, U.S. Gen. Matthew Ridgway, kissed Hatun's hands, a gesture of deep respect in the Turkish tradition, during his official visit to Erzurum.

Gripped by pneumonia later in life, she died on May 22, 1955, at Numune Hospital in Ankara, the capital of the new country she helped found.

She was buried in the martyr's cemetery at the Aziziye Front in her hometown of Erzurum, where she bravely fought for her country for many years.

Every year, hundreds of thousands of Turks visit her grave to pay homage to their warrior mother.