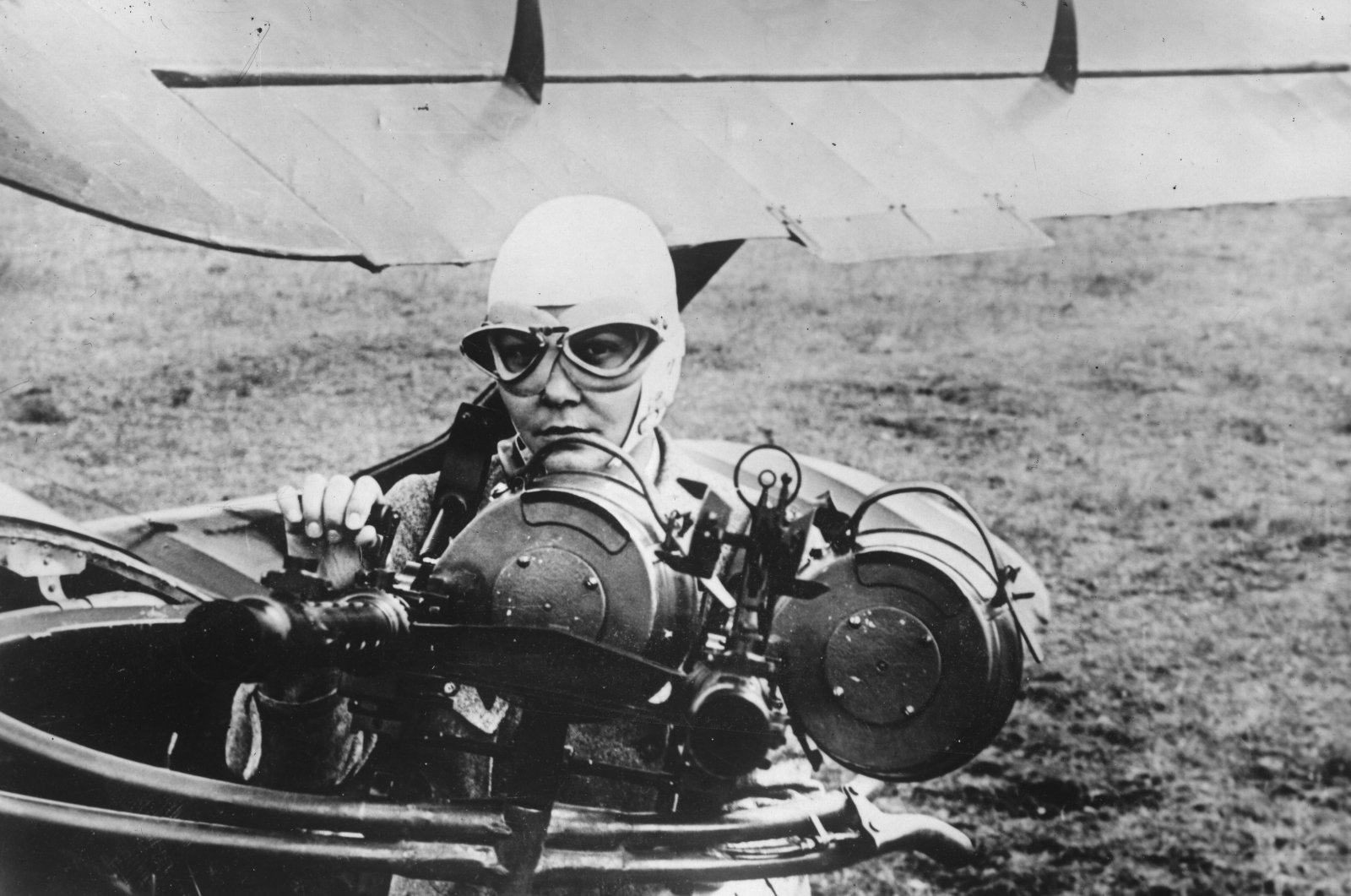 Although Turkey has many inspiring and influential women for new generations to look up to, here are the stories of eight stellar examples who galvanized women working in a variety of fields with their legacies

As news of Teslime Çetin, an 86-year-old illiterate woman from Antalya, becoming a project instructor for the European Union's Erasmus student project hit the headlines this week, I couldn’t help but recall many of the unexpected firsts that have been recorded by Turkish women throughout history.

In that light, the following are eight women whose legacy will continue to shine bright forever:

Many an expat or visitor to Istanbul will be familiar with the name Sabiha Gökçen as it has been aptly given to the city’s second international airport located on the Asian side of the metropolis. Born in 1913, Gökçen was an orphan and one of 13 children adopted by the founder of the Turkish Republic, Mustafa Kemal Atatürk, who in the 1934 Surname Law gave her the surname Gökçen, which means “belonging to the sky.” At the age of 23, Gökçen became the world’s first female fighter pilot and is recognized as such by the Guinness Book of World Records. In her career, she participated in 32 military operations, flying a total of approximately 8,000 hours and in 1938 spent five days on a historical peace mission around the Balkans.

Born in 1926, Dilhan Eryurt was an astrophysicist and the first Turkish female scientist to work at NASA and made major contributions to scientific research on the formation and evolution of the sun and other sequence stars, which would prove instrumental in the legendary 1969 Apollo 11 mission in which humans first landed on the moon. Eryurt was awarded the NASA Apollo Achievement Award that same year. Eryurt was awarded a scholarship to the International Atomic Energy Agency, where she worked alongside Alastair G. W. Cameron, the theorist on the creation of the moon and later at NASA’s Goddard Institute for Space Studies, where she was also the sole female astronomer.

Born in 1916, Halet Çambel was a woman of multiple talents indeed. A Sorbonne-trained archeologist who was instrumental in establishing the Karatepe open-air museum, she uncovered a Phoenician alphabet tablet that cracked the code to Hittite hieroglyphics. However, Çambel’s legacy would also include fencing as her skills in the sport would lead her to become the first Muslim woman to compete in the Olympics in 1936. Legend has it she was invited to meet Adolf Hitler but refused based on her political views. An integral part of the ultimate power couple, Çambel was married to the poet Nail Çakırhan, who would go on to receive the Aga Khan Award for Architecture in 1983 for transforming the architecture of his hometown of Akyaka in his 60s as a self-taught architect.

Talk about strong genes, Mualla Eyüboğlu was the sister of author Sabahattin Eyüboğlu of the Blue Cruise fame and one of, if not the, most famous painter in Turkey Bedri Rahmi Eyüboğlu. Born in 1919, Mualla Eyüboğlu was an architect and restorer who was an important teacher and figure involved in the founding of the Village Institutes, which were a series of rural schools intended to train teachers that provided education in both practical and classical studies.

One of the other reasons Turkey and the travelers who visit will be grateful for Eyüboğlu is that she was instrumental in the preservation of a number of significant historical sites including Hagia Sophia, Topkapı Palace and the Rumeli Fortress.

Born in 1915, Azra Erhat was an author, archaeologist, classical philologist and translator of the classical literature of Ancient Greece, such as Homer’s “Iliad” and “Odyssey” into Turkish. Her work singlehandedly introduced the country to the epic tales and heroes of antiquity from the very same lands and led to the foundation of social sciences in Turkey. Visitors to the country should thank her for coining the term “Blue Voyage” in the title of a book she wrote of the experience. Along with Cevat Şakir Kabaağaçlı, aka “The Fisherman of Halicarnassus,” and author Sabahattin Eyüboğlu, the three popularized this unique travel experience that would transform Bodrum into the nation’s top holiday destination and become synonymous with Turkey’s turquoise coast.

Semiha Es: One of the world’s first female war photographers

While the Western world considers Gerda Taro to be the first female war photographer, Turkey’s Semiha Es, born in 1912 just two years after her German counterpart, is certainly a close second. Married to a journalist who taught her photography, Es has shot combat photography in Korea, Japan, Vietnam and Rwanda. Unlike Taro, who was killed in the field at the young age of 26, Es lived on to become 100 years old before passing in her home in Istanbul’s Balmumcu neighborhood in 2012.

Born in 1910, not only was Sabiha Rıfat Gürayman Turkey’s first female engineer who served as chief engineer on the construction of Ankara’s Anıtkabır, which is the Turkish Republic founder Mustafa Kemal Atatürk’s mausoleum, but she was also the first female volleyball player in Turkey. Not only that, but she was also the first female to play on a co-ed team in Turkey when she joined the Fenerbahçe men’s volleyball team to win the championship title in 1929.

Last, but certainly not least is Türkan Şoray, aka “Sultan” in other words, the “empress” of Turkish cinema. Born in 1945, Şoray began her career at the age of 15 and has since starred in more than 222 films. Her volume of work makes her the female actress to have starred in the most films in the world. Şoray was integral in Turkey’s film industry heyday dubbed the “Yeşilçam” era, in which upward of 300 films were shot annually spanning from the 1950s to the 1970s. Şoray has remained active since and most recently had a role in the TRT series “Once Upon A Time in the Ottoman Empire: Rebellion.”

Before that, in 2009, Şoray was part of the ensemble to revive the iconic American sitcom “The Golden Girls” in Turkey in which instead of sharing a condo in Miami, four women live in an apartment in Beyoğlu. In the remake, which aired on ATV, Şoray plays the part of “Inci,” which was the Turkish version of the character “Rose.” The “Sultan” has also tried her hand at directing five films, the latest being the 2015 drama “Uzaklarda Arama,” which depicts the Yeşilçam era she herself was famed for.