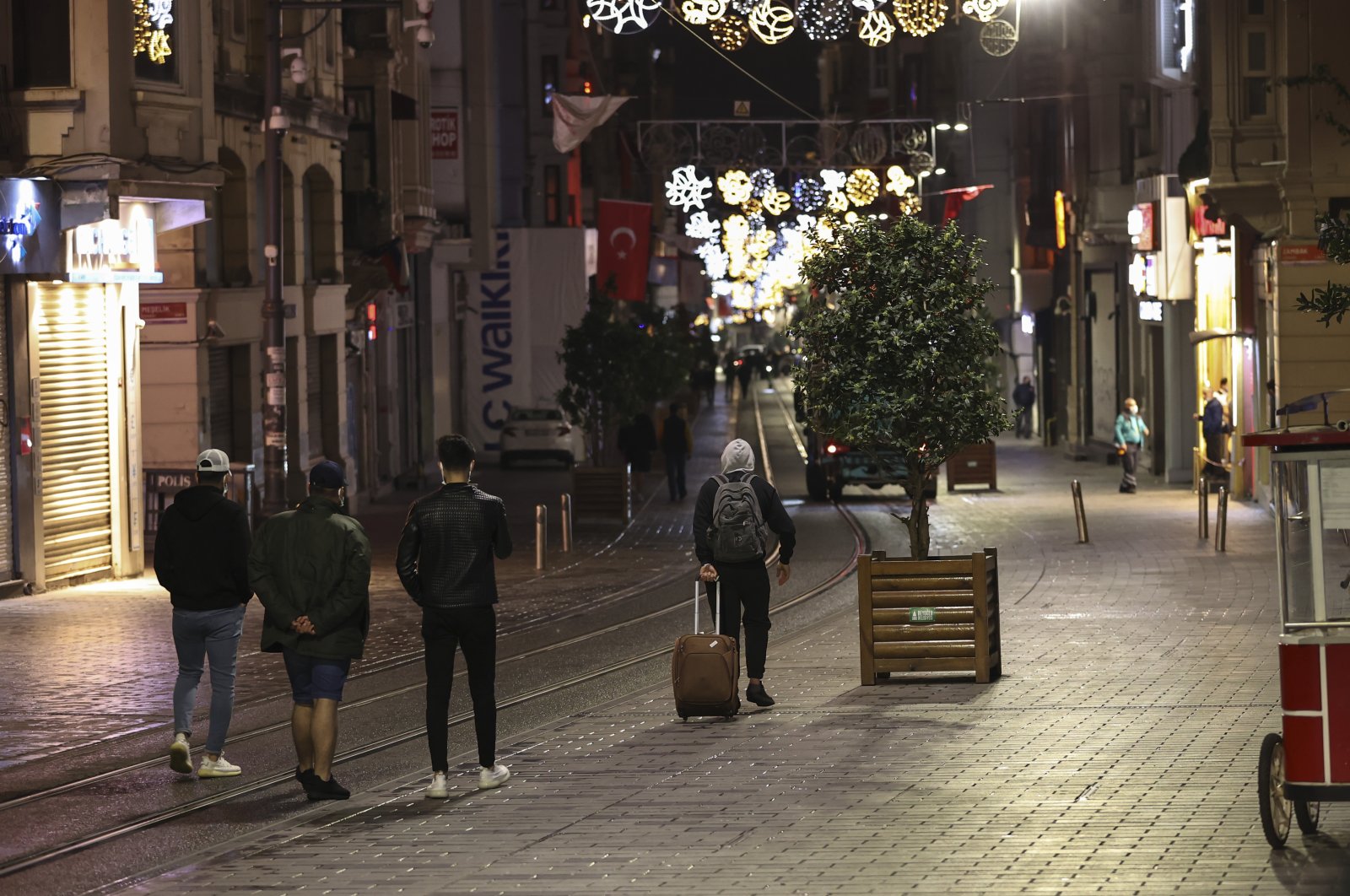 The Turkish government is likely to extend a two-week coronavirus-related restriction that is set to expire Monday, according to media reports.

The new decision is expected after a Cabinet meeting, which comes amid an optimistic outlook over a gloomy period of rising daily cases.

On Saturday, the cases, for the first time in weeks, dropped to slightly above 40,000, though daily fatalities remained above 300, at 339.

The government announced restrictions before the start of the Islamic fasting month of Ramadan, a time of reduced mobility during the day but a risky occasion due to traditional mass iftar dinners to break the fast. Daily curfews were rescheduled to start at 7 p.m. instead of 9 p.m., while any mass events were banned. Travel between cities was also suspended except for a few exemptions.

Nevertheless, cases showed no sign of decline, though this was something expected for authorities, who predicted that an upward trend would continue for a while due to a period of two weeks that any infected people usually take to show symptoms.

Turkey shunned a full lockdown that involves the closure of all businesses, fearing it may derail the economy further. Currently, most businesses receive a state lifeline in the form of short-term working payments and other financial aid. But President Recep Tayyip Erdoğan has said they wanted to “give a rest” to the country, implying a large-scale lockdown ahead of the tourism season and Ramadan Bayram, also known as Eid al-Fitr, which will mark the end of the fasting month.

Media reports say the Cabinet will discuss a full lockdown for two to three weeks that would include the bayram, which will be observed on May 13, and the Commemoration of Atatürk, Youth and Sports Day on May 19, a national holiday.

In the meantime, authorities hope the lockdown, combined with a mass vaccination campaign, will bring down the number of daily cases. So far, Turkey has administered more than 21 million doses of vaccines.

Health Minister Fahrettin Koca announced last week that in addition to CoronaVac and Comirnaty, Russia’s Sputnik V vaccine would be available soon for those seeking inoculation.

Currently, people aged 55 and above are eligible for jabs, while the majority of older citizens, health care workers and people in priority groups, like teachers, have received their first shots since January.