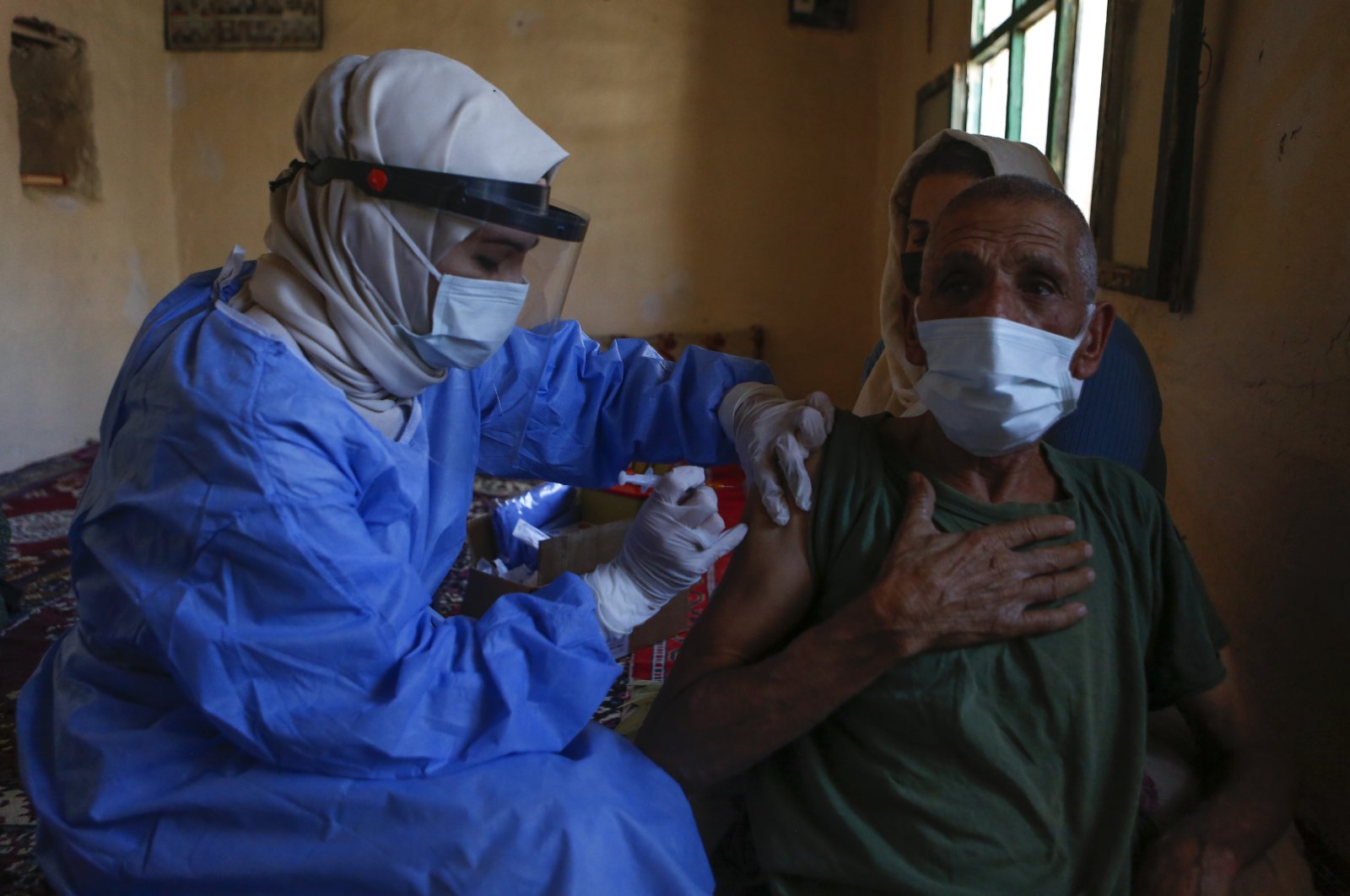 As vaccine reluctance persists among population, Health Ministry's crews undauntedly visit homes in cities and villages, to convince the skeptics to get their jabs, fighting rumors and conspiracy theories

Turkey’s vaccination persuasion teams are working hard to eradicate skepticism among some of the country’s vulnerable population regarding getting inoculated against the coronavirus.

The task of the teams, which is an initiative of the Health Ministry, is to persuade people who fall into the eligible age groups for the vaccine – but who have so far been reluctant to get their shots – to get vaccinated.

At the start of the inoculation program, some elderly people mistrusted the vaccine as rumors abounded that it was part of a plot to kill off the older population, said Dr. Ayşegül Duyan, who is out on the road with nurse Meltem Gülcan.

“They soon saw that that was not the case,” she said. “Nowadays, they are mostly worried due to rumors that it could cause paralysis.”

The mobile door-to-door units — equipped with coolers carrying vaccine vials — have been operational in several Turkish provinces since April. At local health offices, government workers are trying to reach people by phone in an attempt to change their minds.

Turkish Health Minister Fahrettin Koca says 84% of the population age 65 and above who are eligible to be vaccinated have so far received COVID-19 shots. The government aims to bring that figure above 90%.

In southeastern Mardin, Medine Ereli calls out to a team of medical workers walking along the town’s cobblestoned main street. Her husband refuses to get vaccinated, she tells the doctor and nurse, before leading them to Enver Ereli, who is at work in his job as a municipal sanitation worker.

“I was afraid of getting sick and of being paralyzed. But then the medical teams told me it was for my benefit and I believed them and got vaccinated,” Ereli said.

It was the team’s first successful effort of the day as an Associated Press (AP) photographer accompanied them around Mardin, a culturally and historically diverse region in Turkey’s south, overlooking Mesopotamia and bordering Syria.

In Mardin alone, their efforts have resulted in the vaccination of nearly 8,000 people, according to the provincial health director.

“Village by village, hamlet by hamlet, wherever they are, we went and talked to them either face-to-face or by phone and persuaded them,” Dr. Saffet Yavuz said.

Sare Öncel, a 75-year-old resident of the village of Gökçe, about 30 kilometers (20 miles) from Mardin, was also among those nudged into getting the shot.

“Everyone kept telling me that I’d be paralyzed and die if I got the vaccine. So I refused and didn’t get it,” she said. “But the government sent us the doctors and they talked us into it and I got vaccinated.”

Turkey has administered over 28.23 million doses of COVID-19 vaccines since the launch of a mass vaccination campaign in mid-January, with as many as 170,000 inoculated Tuesday.

As of Tuesday, more than 16.16 million people have received their first doses, while over 12 million have been fully vaccinated, according to the Health Ministry count.

Turkey started administering CoronaVac jabs to health care personnel in January, and the president himself was vaccinated with the inactivated vaccine. Recently, authorities also started giving the Pfizer-BioNTech vaccine to citizens who opt for it. Media reports also said that authorities were in talks to acquire the Moderna vaccine.

The country once ranked sixth in terms of vaccination in the world, but the drive has somewhat slowed down. Experts tie it to challenges in vaccine deliveries, something the health minister recently has partly acknowledged. But authorities are also concerned that vaccine skeptics may be affecting the inoculation drive.

Work is underway on locally-made vaccines, but most are still in the early stages of development and scientists hope to achieve results this year. Vaccines being developed in the country range from an inactive vaccine to an intra-nasal spray and a virus-like particle (VLP) vaccine. President Recep Tayyip Erdoğan told reporters that universities and pharmaceutical companies are working hard and that he expected “mass production” would start in September or October “based on what they pledged.”

Professor Sema Kultufan Turan, a member of the Health Ministry’s Coronavirus Scientific Advisory Board, said they were witnessing the “impact” of vaccines in the third peak of the pandemic. Speaking to Ihlas News Agency (IHA) on Wednesday, Turan said most of the COVID-19 patients infected after getting vaccinated recovered or were recovering without the need for intensive care. “Vaccination is our best weapon to break the chain of infections. It is important to have more vaccine supplies, and we need to start vaccinating the younger population, especially those working in crowded environments,” she underlined.

“With sufficient vaccination, coronavirus will be downgraded to the level of a simple flu. People will not need hospitalization. This is good news but we need more people vaccinated. The public should give a higher response to vaccination and get their jabs as soon as possible,” she added.